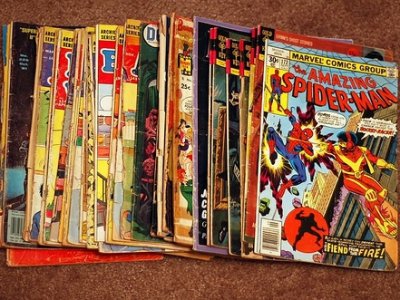 All of us nerds secretly dream to have our favorite comics books made into movies, and even more we dream to have it made into good movies. A couple on this list have had a shot, but they haven’t turned out in the best way. Others haven’t even come close to seeing the green light, but I aim to change that…

I realize that this was a Stephen King book first, and also a television show, but now it has caught my attention as a comic book. With only one installment a month it has already been out for three years and it’s only half way through! I want a trilogy, NOW!

This is the best Batman story ever, and it deserves to see the light of day as a movie. Make it a two-parter just to be that we don’t lose any of the story during translation. It has all the villains, all the heroes, and even the kind of love story that would pop on the big screen.

The Punisher has already had three sub par chances at a hit on the big screen, but all it needs is one done right and he’d be a household name like Spiderman. Fran Castle deserves a gritty real take on his war on crime and I hope he gets it soon.

Daredevil has also had one pretty ugly try at Hollywood success. The next time let’s hope they cast the villains more accurately and stay truer to the comics. Oh, and don’t use current metal songs for the soundtrack. Score this movie with an orchestra, PLEASE!

Robert Kirkman’s take on a teenage super hero has all the drama of the WB, but it’s mixed into a coming of age super hero story that makes nerd salivate. The love story is solid, the cast is extraordinary, and now all we need is some studio to take a chance.

Here’s another comic by Robert Kirkman, this time in the form of a zombie story. It’s already finished its first season on AMC, but the television series doesn’t hold up with what they could do with one big trilogy. The season was just too short and it departed too much from the comic to be called great. A nice effort, but nothing like an old-fashioned movie trilogy would do.

Which of your favorite super heroes deserve their turn to shine on the silver screen?