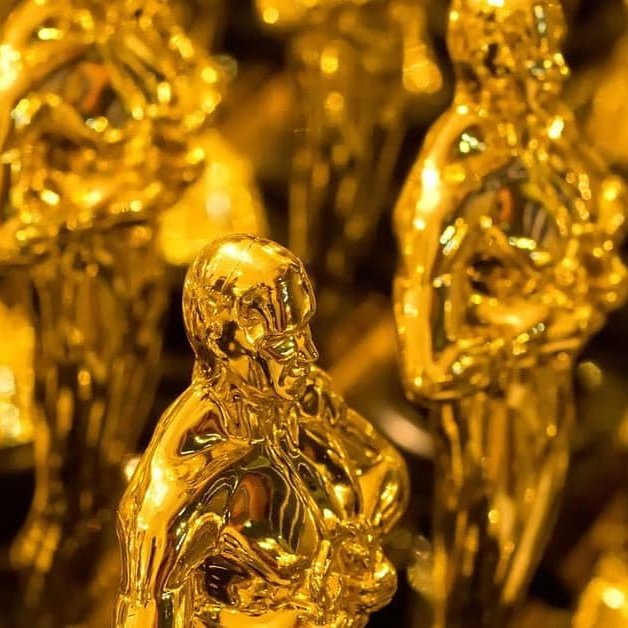 Tim Burton’s 1990 dark masterpiece starring Johnny Depp is the first in my list of movies that never won an Oscar. It was nominated for, as you would expect, Best Makeup at that year’s ceremony, but left empty handed. The film has done nothing but grow in popularity since its release, gaining somewhat of a cult following. Something I really love about Edward Scissorhands is the haunting score, something that was really overlooked by the Academy.

Psycho was nominated for four Oscars in 1960, including Alfred Hitchcock’s direction and Janet Leigh’s infamous supporting actress performance. Though the film is regarded as one of the most influential in the whole of cinema, perhaps the disturbing subject matter and revolutionary horror and suspense tropes used were just a little too much for the Academy to get on board with. Not everybody likes change!

Let's talk about Fight Club. It is inconceivable to me (and to millions of others) how a movie that is currently #10 in IMDb's top 250 filmsfailed to win an Oscar. This cult classic was ultra-violent but also ultra-good. Ed Norton deserved a nod for his performance, and surely, so did Brad Pitt and Helena Bonham Carter. Sadly the only nomination was for best sound effects. Still, it remains a cult classic despite not having the slew of awards the audience think it deserves.

It is almost impossible to comprehend that the film that regularly tops lists of ‘the best ever’ could not have won an Oscar, but it’s true! The Shawshank Redemption originally performed quite poorly at the box office in 1994 and despite being nominated for seven awards on the night, it came out of the ceremony with nothing to show for its efforts. These days the film is considered one of the very best of all time, and I tend to agree!

Nominated for a whopping eleven Academy Awards, Steven Spielberg’s big screen adaptation of Alice Walker’s amazing novel The Color Purple failed to pick up a single Oscar in 1985. Whoopi Goldberg was, in my opinion, robbed and shunned for picking up Best Actress for her heart wrenching performance as Celie, a poor African American woman who is abused from a young age.

Our generation is used to trial drama being played out more on television than film but surely the daddy of them all is 12 Angry Men. If you love courtroom action (well actually the action never leaves the jury room!) this is an absolute must watch and don't let it being in black and white put you off. This movie is often cited as one of the best-acted and best-written films in cinema history. The movie was nominated for three Oscars but unfortunately came out the same year as The Bridge on the River Kwai, which won seven Academy Awards.

Based on a short story by Stephen King, Stand By Me is perhaps the seminal and greatest cinematic coming of age tale. Clearly the Academy did not see it as such, as it was only nominated for Best Adapted Screenplay. Totally ignored were the exceptional performances of the four young central leads, none of whom received a nomination. River Phoenix certainly deserved recognition, but perhaps the Academy felt the ages of the cast were not becoming of a statuette.

Reservoir Dogs is one of those films that has risen above the realms of cinema and entered into general pop culture and public consciousness. Quentin Tarantino’s first feature film amassed no fans within the Academy in 1992, receiving zero nominations. However, it has grown enormously in popularity ever since, and anybody who has seen the film will know that you will never be able to listen to "Stuck in the Middle with You" the same way again!

Stanley Kubrick’s chilling and suspenseful masterpiece from 1980 was, quite astonishingly, nominated for absolutely no Academy Awards at that year’s ceremony. Jack Nicholson gives one of the most masterful performances of his career as Jack Torrance, a writer who slowly begins to go mad in a deserted hotel. Of course, The Shining’s main disadvantage was that it was classed a horror film, a genre for which the Academy notoriously holds no affection.

Call me biased but this is one of my most favorite movies ever. It is certainly in my top 10. The cast is superb and Gene Kelly's dancing in the rain is one of the most iconic movie scenes ever (although Donald Connors Make '

Em Laugh routine deserves far more praise than it gets). If you haven't seen it, please watch and i defy you not to laugh about how they tried to amplify Lena's voice. Even though the film is the greatest musical ever made according to the AFI, Singin' in the Rain it failed to garner a Best Picture nod.

How many of these movies do you agree should have won an Oscar? Which others would you include?