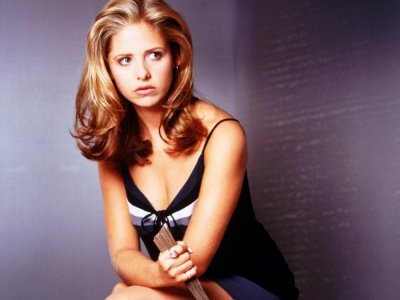 Season 2 finale “The Becoming” may be divided into two parts but this is one of the greatest season finales. The entire season you’re on the edge of your seat with the whole Angel-Buffy relationship. When things begin to boil in the hellmouth, Buffy needs to take the necessary steps to face the bad guy. In this case, it’s her ex. It’s a powerful way to end the season, that’s for sure. It’s definitely two of the best episodes of “Buffy the Vampire Slayer.”

Following the shocking end to Season 2, the next season opens with this great start. Buffy’s in a new town under the alias “Anne,” working as a waitress. Of course, evil trickles its way into her life like normal, so Buffy must rise up to face the challenge. I think this is one of the best episodes because it shows Buffy’s vulnerability.

Buffy runs into an old friend who turns out to be a vampire-wannabe in this episode. She has a heartfelt conversation with Giles at the end. For some reason, this conversation has stuck in my mind amongst all the episodes I’ve watched. They talk about good and evil and the balance between the two. Giles and Buffy are very upfront about everything throughout the show but this is the one episode where Buffy asks Giles to lie to her.

By the time the end of Season 5 rolls around, Buffy has seen it all. She’s battling a God for crying out loud. When the odds seem against her, she goes into lock-down mode. Trapped in her mind in a catatonic state, Willow needs to go into Buffy’s mind and is surprised to see what she learns there.

5. “Once More with Feeling”

Hold on to your hats, folks, because the cast sings in this musical episode. I find this episode rejuvenating from the normal violence of the show. The episode has some great songs that I can’t help but sing along to. You’ll want to check this episode out for yourself. And you might just find yourself buying the album on iTunes in no time.

Another funny episode, the gang loses their memory after one of Willow’s spells gone wrong and tries to piece together the few cues they found when they wake up. Anya and Giles think they are engaged and the only two Brits in the room think they’re related. Willow may be gay but she doesn’t know that as she wakes up in Xander’s jacket and tries to convince herself they're dating. To see what other shenanigans happen in this episode, you’ll have to watch it to find out!

In my opinion, it would have been slightly frustrating but perfect to end the show with the episode “Normal Again.” Buffy gets struck by a demon and finds herself switching between two realities: Sunnydale and the psych ward. You begin to question whether or not Buffy is insane and if Sunnydale and the role of her as the slayer is only a facet of her mind. It gets you thinking.

“Buffy the Vampire Slayer” is an all-around great show. The episodes are captivating and creative. What is your favorite episode?