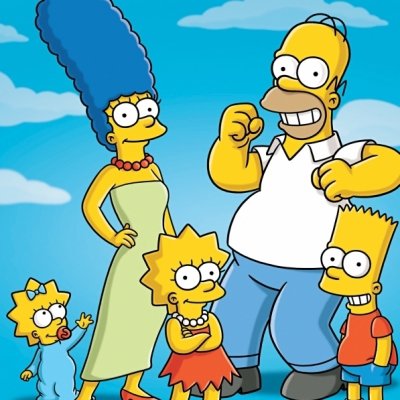 Are you curious to find out what are the biggest Simpsons family milestones? If your answer is yes, then just read on and discover the story of TV’s favorite dysfunctional nuclear family. 2014 is a big year for Simpsons fans, since it’s the 25th anniversary of the show and the FXX’s much-publicized marathon of all 522 episodes in chronological order was dedicated to this special occasion. We also saw the release of “The Simpsons Family History”, a 300-page coffee table book that uses screengrabs from the show to tell the story of this beloved TV family and which also reveals how the Simpsons family came together. Even though this book is called “The Simpsons Family History”, it mainly presents Homer’s life, starting from his birth and ending just after Maggie’s birth, while Marge’s story is barely touched upon. Despite that, here are 7 of the biggest Simpsons family milestones in chronological order:

This episode, first aired in May1996 (“Much Abu About Nothing”) is one of the biggest Simpsons family milestones since it presents grandpa Abe’s recollection of how the Simpsons family first settled in the US (in the head of the Statue of Liberty, until they filled it with garbage).

2. The Birth of Homer Simpson

The birth of Homer Simpson couldn’t have been left out of this list. This episode (Homer the Heretic), originally aired in October 1992, presents Homer’s birth. Just at the beginning of the episode, baby Homer thinks to himself “Ah, what a beautiful day in the womb” when the amniotic fluid drains and he is pulled into this world.

First aired in November 1995, this episode (“Mother Simpson”) shows us how Homer’s Mom, Mona Simpson is reunited with her son. She also tells him how she transformed from the unhappy housewife into an underground radical and how an encounter with Mr. Burns forced her to live her 27 years on the lam, leaving Homer motherless.

This episode (“The Way We Weren’t”) first aired in May 2004 and tells the story of this couple made in the stars. Marge surprisingly finds out that Homer’s first love was a little girl that he met at a summer camp when he was a little boy. She feels better though when she finds out that she was that little girl and she realizes that they were always meant to be together.

The original episode called “I Married Marge” first aired in December 1991 and shows us how Homer’s life as a bachelor and mini-golf pro is short-lived after a night spent with Marge that lead to their shotgun marriage, followed by Bart’s birth. He gets hired at Springfield’s nuclear power plant and at the end of this episode, Mr. Burns says his famous line: “Simpson, eh? I’ll remember that name.”.

6. The Birth of Lisa

This episode (“Lisa’s First Word”) first aired in December 1992 and tells the transition of the Simpsons family from having only one child, Bart, who was going through the terrible twos to moving into a new house and the birth of Lisa, whose first word was actually “Bart”. Also, this episode contains Maggie’s first word as well just to confuse the fans of this wonderful show.

Originally aired in January 1995, this episode (“And Maggie Makes Three”) shows us how Maggie’s birth ruined Homer’s dream of working at a bowling alley; yet, he quickly changes his perspective on things and we can see that in the final shot of this episode in which Maggie’s pictures obscure a sign reading “Don’t Forget, You’re Here Forever”, to read “Do It for Her”.

The Simpsons is the favorite TV show of a lot of people around the globe. Do you like this show? What is your favorite episode? Please share your thoughts with us in the comments section!