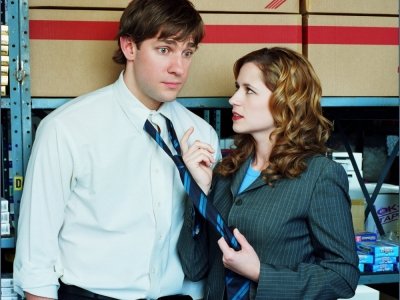 Dwight and Angela were never actually a public, legitimate couple until the last few episodes of the series, yet they’re still one of the most classic TV couples from The Office. Everyone was hoping they’d end up together, and everyone teared up at their wedding.