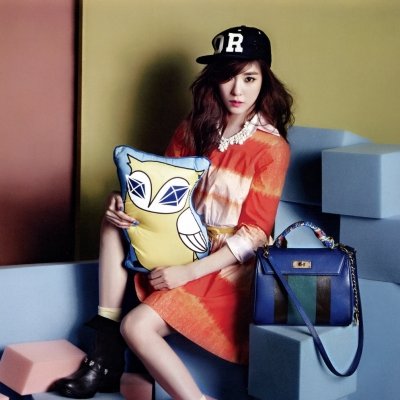 There are a few different types of fangirls you will come across in your lifetime. A fangirl is a girl who loves a certain TV show, character, singer, actor, movie etc, but who often goes above and beyond what people would think was ‘normal’ behaviour. Some fangirls may be a combination of any of these, but one thing is for sure: they really are very passionate. Here are seven different types of fangirls you might encounter.

Kicking off our list of different types of fangirls is the Blogger. The Blogger fangirl has a blog dedicated to the show, movie, character or person she loves, and often posts photos, gifs, videos and quotes. Lots of fan blogs are very popular, and blogging gives a platform for fans to connect with each other.

‘Shipping’ is, essentially, coming up with two characters or people who you believe should be in a relationship. The Shipper fangirl loves nothing more than choosing two characters from her favourite show that she believes belong together and coming up with romantic situations for them, as well as sometimes writing the odd spot of fanfiction.

The Obsessor is the most recognisable fangirl. She has countless folders of photos saved on her computer, the complete filmography of the actor, the complete discography of the singer (including any album they feature on) and will constantly defend her ‘babies’ to anyone who says a bad word against them. She is a little bit scarily obsessive, but really rather harmless.

Many other types of fangirls are jealous of the Artists, who often have DeviantArt accounts and create beautiful, detailed and breathtaking works of art representing different characters, people or concepts regarding that which they love. Fan art is very popular, and can be extremely amazing.

The Abuser fangirl is a very specific type. You’ll find many of this type of fangirl on Tumblr, and they often speak in expletives and yell about how their beloved character, person or group is ruining their lives. Often heard saying: “LOOK AT YOUR CUTE FACE YOU LIFE RUINER I HATE YOU SO MUCH YOU PERFECT SPECIMEN.”

The Crier - you guessed it - cries about everything. A new album? A new movie? A new photo they hadn’t seen before today that makes their eyes look extra green? Yep, they’ll cry. They are just so passionate about what they love that the only way they can express it is though tears. The tears can sometimes come as a surprise to those around them, but hey, it’s pretty sweet.

Otherwise known as “The Fan Hipsters,” these fans believe they were the first ones to discover the person, film, band or show, and will constantly remind those around them how much better the person or thing they love was “before they were famous.” This can get a bit annoying for those who spend time with the Original fangirls, these girls simply feel like they’ve earned the right to brag, and perhaps they have.

So there we have it! These are the seven types of fangirls I have come across, and I am really interested to hear your thoughts. Have you come across any of these types of fangirls? Perhaps a different type? Or perhaps you’re a fangirl yourself - if so, which type are you?