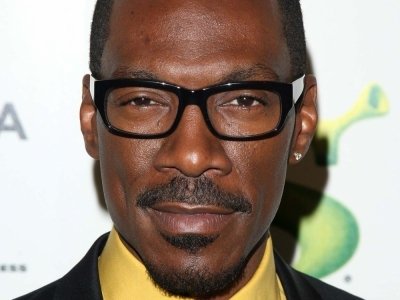 I have long been a fan of Eddie Murphy as he just has this ability to make me cry with laughter, and there are some fabulous Eddie Murphy movies that always brighten my day. Eddie first leapt onto our screens in the 70s as a stand up comedian and since then, he has been entertaining audiences with his fabulous characters and multiple on-screen personas. Here are a few of them in my favourite Eddie Murphy movies.

This is one of my all time favourite Eddie Murphy movies and sees him playing an African prince who moves to America in search of a wife. And where best for a prospective king to find his queen than in the easternmost borough of New York, Queens? Murphy stars with another stand-up comedy great from the '80s, Arsenio Hall. There's a bit of cinematic intertextuality as well, with the homeless people who receive money from the prince being the Duke brothers from Trading Places, a clever and subtle nod at his earlier movie. It also stars the stentorian James Earl Jones as Eddie's father, the King of Zamunda, King Jaffe Joffer. This is also the first film in which Murphy plays multiple characters, demonstrating his acting prowess and paving the way for more movies where he assumes more than one character.