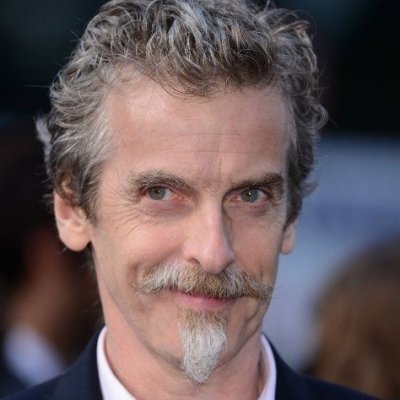 With the new series just kicked off on BBC1, it’s a good time to share some things to know about the new Doctor Who. The 12th Doctor is Peter Capaldi. It may not be a name you immediately recognize but unlike David Tennant and Matt Smith who were relative unknowns before they entered the TARDIS, Peter Capaldi has already had a long and distinguished career. With this and the immense fan base eager for news, there’s plenty of things to know about the new Doctor Who.

The man stepping into the famous role is Peter Capaldi, a Scottish actor who is a very familiar face on British TV. He was born in Glasgow in 1958, and at 56 years of age is one of the oldest to play Doctor Who – William Hartnell was 55 when he first started filming the Doctor too. For many, it was a surprise when the answer to “who is the new Doctor Who” was Peter Capaldi.

Peter has been married to Elaine Collins since 1991 and one of the facts about the new Doctor Who we know already is that part of his costume is an especially made signet ring which fits over his wedding ring that he refuses to take off.

Pater Capaldi has won immense amounts of critical praise for his recent role as foul-mouthed, fast talking political spin doctor, Malcolm Tucker in the BBC TV series, The Thick of It. He won a TV BAFTA (equivalent of the Emmys) and a British Comedy Award for this role. He’s had a good many roles on British TV including the recent adaptation of The Musketeers wherein he played Cardinal Richelieu, The Hour, Getting On and The Devil’s Whore. He also caught the eye of the Vicar of Dibley when he played Songs of Praise director Tristan Campbell.

Capaldi’s first big film role was in Local Hero, a low budget movie that was greeted with delight and surprise. Since then he has performed in movies of all genre including the madcap Mrs. Caldecott’s Cabbage War and Bean, Dangerous Liaisons, Shooting Fish and Smillia’s Sense of Snow, and more recently, World War Z where quite funnily, he is listed as playing a WHO Doctor (World Health Organization). He also starred in a spin off movie from The Thick of It – In the Loop - and received multiple nominations for his performance.

For those of you a little concerned about Peter Capaldi as a Time Lord, one of the things to know about the new Doctor Who is that this is not his first foray into the world of the Time Lords. Although not credited, Capaldi played one of the thirteen incantations of the Doctor in the 50th Anniversary Special. Additionally, he was one of the main characters in the Torchwood episodes “Children of Earth”.

The Time Lord’s outfit has always been a signature feature of all series of Doctor Who and each Doctor has had input into their costume. The costume is an integral part of the Doctor’s character and persona and tells us much about him. There’s nothing even remotely bizarre about the 12th Doctor’s outfit – no quirks or frills like previous incarnations. Capaldi’s Doctor will wear a dark blue Crombie coat, dark blue tailored pants, button down shirt (no tie), a navy cardigan and black Doc Marten shoes. Capaldi is quoted as saying he wanted the look to be “back to basics” and “stripped back and very stark”. I think it’s a case of “no messing” than messy.

The 12th Doctor is going to be very different to the other Time Lords we have seen since the resurrection in 2008. Eccleston, Tennant and Smith were all quite quirky in their way, and there was a distinct touch of the comedic. What has been garnered and said so far is that he is “going to be more alien” and he “doesn’t understand or much care for humans”, which is an interesting departure from the human-loving 10th and 11th Doctors. That also means there’s going to be a distinct lack of flirting, so no messing about with Clara. The 12th Doctor has also been described as an adrenaline junkie, and fiercer, madder and less reliable as previous incarnations, and there’ll be more than a whiff of abruptness and rudeness. We also know that the 12th Doctor has been upgrading the TARDIS in the closed season and it now sports a blackboard and a library, But one thing we know for sure, Capaldi loves Daleks so we’ll definitely be seeing those crazed pepperpot aliens sometime soon.

So I’m tenterhooks waiting for the first episode for the 12th Doctor Who and also somewhat trepidatious, because the facts about the new Doctor Who are telling me there’s a big change in the air. But we won’t know what to make of it all until we see Peter Capaldi strut his stuff. Are you excited for the coming of the new Doctor Who?