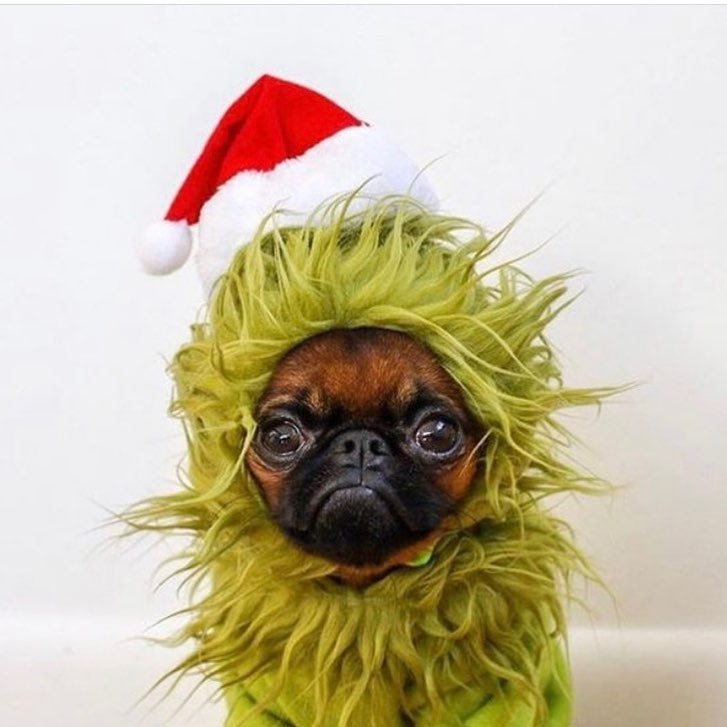 Wanna know some really funny facts about the Grinch? Yep, it’s that time of year again, and our favourite evil green thing is taking over the TV and teaching us about Christmas once again. It’s even been voted the best Dr Seuss story ever told. Whether you agree or not, here’s some amazing funny facts about the Grinch that you can use to wow people with this festive season.

1. That Famous Song is Sung by a Tiger

Okay, so not exactly. One of my favorite funny facts about the Grinch is that the man who sings that famous Grinch-y song is actually Thurl Ravenscroft – better known as the voice of Tony the Tiger. Yep, that’s right. Somebody listened to Tony telling them “They’reeeee great!” and thought, “He sounds like he hates Christmas.” Wow whoever you’re with next time the Kelloggs advert comes on with this cool fact.

2. It Could Have Been Darker

Tim Burton was originally lined up to direct the live-action version of this film, which starred Jim Carrey. Unfortunately, Tim had a conflict with another movie at the time, and the Grinch just couldn’t wait. Tim was replaced, and we were probably saved from a pretty scary (but surely totally beautiful?!) Tim Burton Grinch. I’d love to see his take on it!

3. The Grinch Was Tough to Cast

We all know that Jim Carrey won the role in the end, and he did a fantastic job of making our furry green friend come to life. It wasn’t an easy fight, though. Jim had to beat off the likes of Eddie Murphy and Jack Nicholson, both of whom were keen on playing the lead character. Who would you have preferred to see in the role?

No, Jim doesn’t hate Christmas. He did hate all that prosthetic make-up, though. So much so that in the end, he had counseling from some Navy SEALs. They taught him torture resistance techniques to keep his mind off the make-up and on the film, and he managed to do a stellar job of making us laugh despite it all. Kudos, Jim. He did get some breaks where possible – for example, the yellow contact lenses were ditched frequently, and Jim’s eyes coloured in post-filming.

5. The Amount of Make-up Used Was Crazy

Staying on the subject of make-up, the Grinch That Stole Christmas got through INSANE amounts. The only other movie to have so many made-up characters was The Wizard of Oz, which was filmed back in 1939! Applying all of that beauty took over 1,000 hours! Jim’s alone took two and a half hours to apply every morning, and an hour in the evening to wash it all off. He wore it for 92 days, too. Wow.

It seems somewhere along the way, our Grinch had a hulk moment. The original Grinch was not green, but appeared in black and white, with various pink and red splotches. Nobody knows quite why his colour was changed, although it’s undeniable that filming an all-white Grinch may have been difficult!

The Whoville set was built at the back of Universal Studios, and actors cast to play a Who had to attend Who School first. This involved intense sessions with a choreographer, who taught them how to move like a Who, and how to behave like one. It was important they got it right!

Another of my favorite funny facts about the Grinch – the movie is full of sly references to other things. There’s plenty of nods to Sigma Kappa, for example, because Dr Seuss’s wife was a member of that sorority. There are influences from Medieval, Moroccan and Islamic architecture, too – and if you watch carefully, you’ll spot an elephant – a reference to Horton Hears A Who.