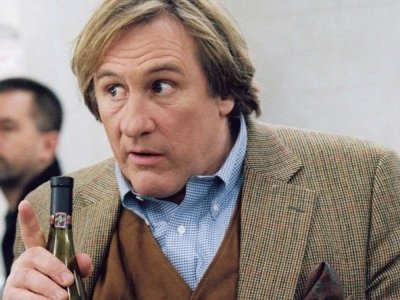 As he’s probably the most famous non-English native speaking actor of our generation, Gerard Depardieu movies are very well known. He’s definitely more famous for his Hollywood movies than his French movies in the USA and the UK, but I happen to also love some of his French work. And there’s plenty to choose from too. IMDB lists him with 205 acting credits (although that includes TV movies, series and voiceovers too). Here are the Gerard Depardieu movies I recommend to everybody.

I have to kick off with my favorite of all the Gerard Depardieu movies. This may date back to 1986, but that means it qualifies easily as a classic, and it deserves that epithet too. It is considered a tour de force of French cinema. For one, you will never forget the theme music and don’t let the need for subtitles put you off. It is a very well crafted story beautifully shot in lovely French countryside, and alongside Depardieu, you have one of the greatest French actors ever, Yves Montand. Be carried along on an emotional wave in a story of greed and its devastating effects. (There’s also a sequel – Manon des Sources but GD isn’t in it)

This is probably the movie that brought Gerard Depardieu mainstream recognition. It is the perfect vehicle for a slightly shambolic, heavy built guy with a skill in comedic acting and timing. In a marriage of convenience to obtain the two protagonists a green card and a much coveted apartment, Georges Faure eventually wins over priggish, rather uptight, Bronte (Andie McDowell). The marriage becomes inconvenient as they are forced to share a life and from that unhappy situation, the unexpected happens (although of course we all know what’s going to happen ^_^).

Back to the French Gerard Depardieu movies now. In one of the most famous stories in French Literature, Cyrano de Bergerac is cursed by an extraordinarily long nose. In a hopelessly romantic tale, Cyrano is in love with his cousin Roxane, but fears he will never win her favor despite being erudite, witty and a dashing officer of the guard, because of his nose. Be drawn in by the poetry which of course is in French – the language of love – as Cyrano hatches a plot to find his way to her heart. Does he triumph or meet with disaster? You’ll have to watch it to find out.

4 The Man in the Iron Mask

I do love a good old-fashioned romping adventure and if it involves some heroic men fighting a worthy cause so much the better. What I love about the Man in the Iron Mask is that Hollywood didn’t feel the need to use pretty boys for the musketeers. Gabriel Byrne, Jeremy Irons, John Malkovic and Gerard Depardieu – to my mind – made a great job of portraying older D’Artagnan, Aramis, Athos and Porthos as they battle to replace nasty King Louis (played by Leonardo DiCaprio) with nice King Louis (played by Leonardo DiCaprio). Romance, deeds of daring-do and swordplay – what more could you want?

I enjoy Gerard Depardieu movies where he is able to give full rein to his Gallic quirks and idiosyncrasies. (He does it so well in 102 Dalmatians but that I such an awful movie it really doesn’t deserve a mention) As Chef Didier, GD can use his expressive shrugs, harrumphs and generous and balletic hand movements to great effect as he shares his passion for food with hotel guest Georgia (Queen Latifah) who has treated herself to a “last holiday” as she believes she is dying. His expressions are great when used against Georgia’s obnoxious fellow guests. Is it Georgia’s last holiday? I highly recommend you watch it to find out. It’s no earth shaker but it’s a nice gentle movie with a nice mix of sadness, comedy and joy.

I may have given you the impression that Gerard Depardieu plays cuddly type roles or acts a bit of a fool. He dispels all this in Mesrine. Cuddly he ain’t! Foolish he ain't! Mesrine was a legendary French gangster of the 60s and 70s whose crimes earned him the title of Public Enemy Number One. He was shot dead in 1979 but not before he had escaped prison several times, hooked up with Jeanne Schneider in a kind of French Bonnie and Clyde, and committed numerous murders, kidnappings and robberies. In Mesrine, Gerard Depardieu plays crime boss Guido. There’s no trace of the man who brings us Obelisk, trusty sidekick of Asterisk, in this scary gangland character.

7 My Afternoons with Margueritte

This is probably one of the most under-rated Gerard Depardieu movies and I love it. If you want a heartfelt, gentle, slow (but far from boring) movie as a panacea to a stressful or rainy day, grab a glass of red wine, curl up and stick this on. You’ll be engrossed and enveloped by the community that accept Germain (Depardieu) despite his lack of intellect and simple nature, and the relationship between slow-witted Germain and intelligent, well read Margueritte is truly heartwarming. Prepare to be entertained.

You might have guessed by now that I am quite a fan. I know he’s not a typical Hollywood hero but he’s one of mine. Do you enjoy the films of Gerard Depardieu? What’s your favorite?