7 Hugely Successful Films Made in Canada ... 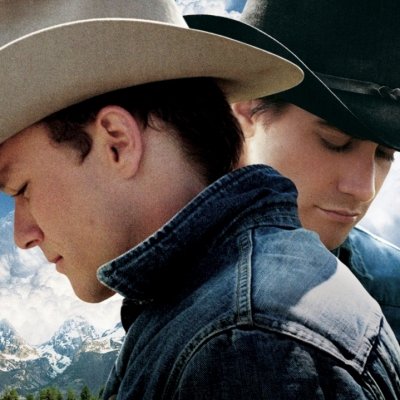 When I started looking, I was actually quite surprised at just how many big films made in Canada I found. I think you will be surprised by the number of blockbusters that have been shot in the gloriously scenic countryside and cities of Canada. Read on and see if you knew already of these films made in Canada.

One of the most successful recent films made in Canada, the 2008 vampire flick that brought the beauty of Robert Pattinson to most people’s attention was filmed primarily in Vancouver and Lower Mainland British Columbia. The majority of the picturesque exterior scenes included in the original Twilight and its sequels showcase the Canadian landscape, including Minnekhada Regional Park.

One of the highest grossing movies of all time, James Cameron’s epic disaster romance is heavily linked with Canada. Many of the film’s water scenes were shot just off the coast of Halifax, Nova Scotia. Ironically, the real life sinking of the cruise ship in 1912 is connected with the same location, as the tragedy took place nearby, and following several failed rescue attempts over one hundred passengers are buried in Halifax.

This 2005 biopic of Truman Capote stars the late great Phillip Seymour Hoffman in an Oscar winning leading performance. Though the movie is actually set in Kansas, the filmmakers chose to work in Winnipeg, Manitoba, as the nature of the location resembled the Kansas flatlands that were required. Additional scenes were also captured on Selkirk, and the Manitoba Legislative Building features quite heavily throughout the film.

Another great movie featuring a sadly passed actor, Heath Ledger, Brokeback Mountain was filmed across the breathtaking natural beauty of the Canadian Rockies in Alberta. Though the film is set in Wyoming, locations including Calgary, Elbow Falls and Cowley were all used as the stunning backdrop for the film about two cowboys who fall in love. A heart wrenching film full of beautiful scenery and settings.

Such an American classic, yet this is one of the movies filmed in Canada. This classic teen comedy written by Tina Fey and starring Lindsay Lohan was filmed across a number of real life high school throughout the country. A tale of the nasty nature of high school cliques and groups, the city of Toronto was used as a stand in for Chicago where the film is set, and prominent city landmarks such as Sherway Gardens, Malvern College Institute and the University of Toronto’s Convocation Hall are all recognizable on screen.

The comedic mind behind this smash hit 2002 comedy, Nia Vardalos, is a native Canadian and did not have to look far to find the perfect location for her film project. Toronto’s Greektown, situated along Danforth Avenue, was the ideal spot for a film about an overbearing and eccentric Greek family. Another film that is fictionally set in Chicago, if you look carefully you can see familiar Toronto locations such as Ryerson University and the Jarvis Collegiate Institute.

Mayor of Toronto and lifelong Marvel fan, David Miller, can be thanked for bringing the crew of The Incredible Hulk to city in 2007. Toronto’s main thoroughfare, Yonge Street, was closed for four nights of intensive filming that included large special effects set pieces. The area passed for New York City on the big screen, but a few Canadian locations are still visible including the University of Toronto and the Eaton Centre.

How many of these movies made in Canada had you assumed were shot in the US?