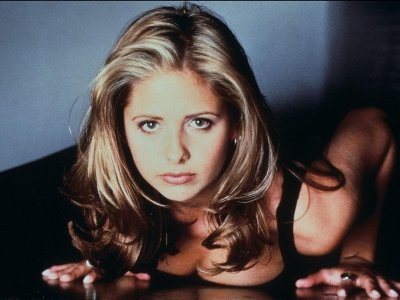 1. Being Popular Isn’t Everything

One of the biggest lessons from Buffy the Vampire Slayer is to never sacrifice your morals for popularity. Buffy Summers moves to Sunnydale from LA after she got in trouble for burning down the gym at her old school (but it totally wasn’t her fault, she was fighting vampires). The popular girl at school, Cordelia Chase, tells Buffy that if she wants to be popular, she needs to hang with her. Shortly after, Cordelia sees Willow, the school “nerd,” at the water fountain. Cordelia begins mocking her. Buffy could have sided with Cordelia to gain the popularity most girls desire but instead she stood up for Willow. While this wasn’t the “popular” thing to do, everyone involved benefited. Buffy and Willow both gained a friend and eventually Cordelia sees the error of her ways.

Buffy Summers is the “chosen one” to save the world from vampires and demons. With her lucky stake, Mr. Pointy, she patrols the cemeteries at night to rid the world of these vile creatures. One night, Buffy receives a tip from a dark, handsome stranger. Intrigued, she takes his advice and continues to meet up with him. His name is Angel and it isn’t until later on that he reveals that he is actually a vampire. Angel isn’t just any vampire, however, he has a soul. Even though this goes against everything Buffy has ever known, she can’t help but fall in love with him. Love doesn’t always make sense or go the way we think it should. Sometimes we fall for someone who is our exact opposite, but that doesn’t make it wrong.

3. Sometimes You Have to Leave the One You Love

Gypsies cursed Angel with a soul, but there is a catch. He will lose it if he experiences a moment of true happiness and revert back to the demon Angelus. After he and Buffy have been dating for awhile, they decide to take their relationship to the next level. During their night together, Angel is truly happy and his soul is ripped away. Throughout the next few episodes, the demon Angelus starts stalking and threatening Buffy. Since Buffy is still in love with Angel, she tries to do everything in her power to avoid staking him. Angelus’s behavior becomes increasingly more violent. Buffy tries to find a way to restore his soul, but time is running out. As Angelus’s behavior escalates, Buffy fears for her life and ends up having to stake him through the heart (the only way to truly kill a vampire). In our lives, ending a relationship isn’t always as extreme as life or death, but we can still learn from Buffy. If you are being abused physically or emotionally, this is one lesson from Buffy the Vampire Slayer that you need to take. Never stay with someone who is hurting you, no matter how much you may love them.

4. Accept Your Friends for Who They Are

Buffy had quite a diverse group of friends and she loved each of them for who they were. Her boyfriends Spike and Angel are both vampires, her best friend Willow is a witch, and her sister Dawn was a mystical “key.” Her friend Xander dated an ex vengeance demon named Anya. For awhile, Willow’s boyfriend, Oz, was in their group and he was a werewolf. After Willow and Oz’s tearful breakup, Willow began dating a demon named Tara. Although all of Buffy’s friends had their quirks, she loved and accepted them all the same. We all need to look for the good in people instead of judging them for their differences.

5. Death is a New Beginning

Death is a big theme in Buffy the Vampire Slayer, but one thing we learn is that death is a new beginning. In Buffy, that analogy is sometimes taken literally. At the end of Season 5 Buffy dies, only to have her friends resurrect her from the dead in the next season. Sometimes in the show, however, people die and don’t come back. Death is a situation that can make you or break you. Before Buffy’s death in Season 5, Buffy’s mom dies. After Buffy’s grieving period, she sees that she has to step up and take over her mother’s role to give her sister Dawn a better life. This is a new beginning for both Buffy and Dawn. While it was brought on by unfortunate circumstances, they both grew from the situation. Death strikes the Buffy gang again in Season 6 when Willow’s girlfriend Tara dies. Willow, a good witch, becomes overwhelmed with guilt and pain and uses her magic to try to destroy the world. Willow almost let death destroy her, but in the end her friends were able to convince her to deal with the situation in a healthy manner. Buffy teaches us to grow from the bad experiences in our lives and to see death as a new beginning. “The hardest thing in this world is to live in it.”

6. You Can’t Always do It Alone

Although Buffy is the “chosen one,” all of her friends are equally important when it comes to saving the world. Willow is good at research (not to mention she’s a badass witch), Giles is her mentor, and Xander is extra muscle. While other characters come and go throughout the series to help her, Willow, Giles, and Xander are always there for her. One lesson from Buffy the Vampire Slayer is that it’s okay to ask for help when you’re faced with a big task. Sometimes we let pride take over, but so much more could be accomplished if we all work together.

Buffy had a love/hate relationship with Spike from the very beginning. While they engaged in battle from time to time, I was never under the impression that they were actually trying to kill each other. For a price, Spike would help Buffy hunt down other vampires and demons. In Season 5 Spike has a revelation that he is in love with Buffy. He tries to act normal around her, but he can’t help it. He ends up confessing his love to Buffy, but she turns him down. After all, Buffy has always hated Spike, hasn’t she? One night, Buffy and Spike find themselves in each other’s arms and they end up in a mutually abusive relationship. At first they are just using each other, but in the end they realize they are in love. Spike wants to be the man Buffy deserves so he makes a deal with a demon to get his soul back. At the end of the series, Spike sacrifices his own life to save not only Buffy’s, but the entire world’s as well. Spike teaches us that sometimes, people really do change.

This lesson from Buffy the Vampire Slayer is important for all girls to learn. You are responsible for your own happiness, not a man. If you aren’t happy with yourself, you won’t be happy in a relationship either. While Buffy had 3 serious boyfriends throughout the series, the show ends with Buffy being single. She was able to kill Angel when he turned evil and leave him again after he came back and they realized their relationship could never work out. Buffy was able to let Spike die for the good of the world and his own personal redemption instead of holding him back just because she wanted to be with him. And Buffy was able to let Riley find true love since deep down, she knew she could never love him the way she loved Angel. Buffy never let her relationships define her and you shouldn’t either.

9. Everyone Has the Potential to do Something Great

In the final season of Buffy the Vampire Slayer, we find out that the world is full of “potential slayers.” When one slayer dies, a new one will take her place. Any one of the potential slayers could be called at any time. Deep down, aren’t we all “potential slayers”? We may not be called to destroy vampires, but we all have the ability to do something, no matter how small, to make the world a better place. What are you being called to do? Are you reaching your full potential? Watching Buffy the Vampire Slayer always leaves me asking myself these questions.

While our lives may not be as magical as Buffy’s, there are still many lessons from Buffy the Vampire Slayer. What vampires are you fighting in your life and how can you overcome them? I have found that Buffy is the perfect role model for all teens and young adults. Who do you look up to in your life?