7 Marvelous Ed Norton Movies That Make Us Love Him ... 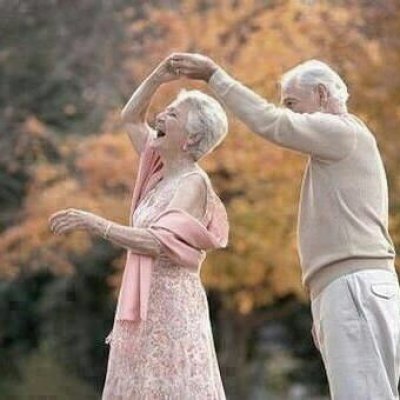 There are so many truly excellent Ed Norton movies that narrowing down the list is well nigh impossible. If I had my way, I would include his entire filmography, but failing that, I've simply including the films I watch over and over again. Edward Norton is just amazing. There's something about him, some kind of charisma that allows him to play the innocent boy and the villain – and often he straddles the line in between those two extremes. Check out my favorite Ed Norton movies, and be sure to add yours as well!

American History X is one of my top three favorite Ed Norton movies. It's so powerful, so chilling, and so heartbreaking. It was a great vehicle for Edward Furlong too, and I'm sad that didn't go further, but it was an especially powerful role for Edward Norton. It showcased his versatility, not just in terms of the roles he plays, but in the way he's able to develop his characters. The story of Derek and Danny will hit you right in the feels.

I don't know why more people aren't in love with this film. Robin Williams is a riot, but he's so much darker, a perfect antagonistic for sweet, naïve Sheldon, with his hippie ways and love of children. I love seeing the dirty side of children's programming as well – you can kind of imagine a deranged Barney putting a hit out on the Teletubbies or something.

If there's any movie in the world better than Fight Club, I don't think I've seen it. Edward Norton, Brad Pitt, Helena Bonham-Carter – that's like a trifecta of perfection right there. I threaten to dress up as Tyler Durden for Halloween every single year, but it's the Narrator who really gets me. The scene with the soap? Baby please, that is the business. And the ultimate fight scene, because he just wanted to destroy something beautiful...

I think I would happily watch anything Wes Anderson ever wrote and/or directed, but throw Edward Norton into the mix and I'm hooked. I love to see him in more esoteric movies, and he makes a swell pick as a Scout Master. His growth as Ward is a treat to watch too, even if it isn't precisely central to the film – he still has a tendency to steal every scene.

Unlike other actors, Edward does really well with a strong male support in his movies. He does just as well alongside Matt Damon in Rounders, which is a thrilling poker flick that flips the switch on Norton's role. I mean, he plays a guy named Worm, after all. It's an exciting film, especially if you've got a taste for gambling with your movie choices. See what I did there?

6 The People Vs. Larry Flynt

I love this movie, primarily for its controversy, and especially because of the storm it caused in my adopted hometown. Through middle school and high school, you see, I lived right next to Lynchburg, home of Liberty University and Jerry Falwell's church, of course. You can imagine the sensation, yes? But back to the point, Edward makes an ideal lawyer – and Woody Harrelson, of course, makes a dynamic Larry Flynt. In fact, I think the only bad thing to come out of this movie was the “romance” between Edward Norton and Courtney Love. Did not see that coming.

This film is sadly underrated, and if you haven't seen it, please think about doing so. It's based on a really wonderful W. Somerset Maugham novel, and if you're a fan of The Great Gatsby, you'll love it because it takes place in the 1920s. Norton gets more of a leading man role in this one, and he plays alongside one of my favorite couples, Liev Schreiber and Naomi Watts. There are some really vicious choices that play out, all in the name of love and betrayal, and the ending will (hopefully) surprise you.

Call me crazy, but I think Edward Norton is a bit of a sex symbol. I don't know what it is, but it goes far beyond the tantalizing glimpse of his hipbones in his Smoochy costume. I'd love to see him in more films – and I love to hear him speak! What do you think about this somewhat underrated actor?