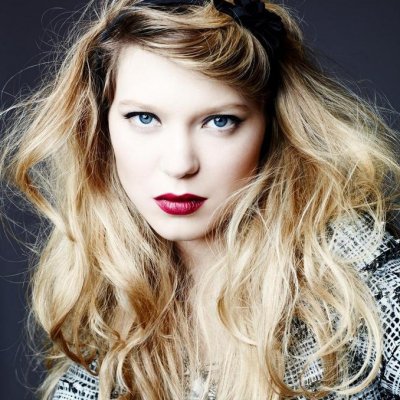 With the announcement of a new Bond movie, there’s a media frenzy. First they want to know if it’s the same bond (yes - Daniel Craig will be making his fourth outing as the British super agent). Then, what’s it called (Spectre). They also want to know who gets to sing the theme tune (Sam Smith finally got the nod). Of course, who plays the baddie is important (two-time Oscar winner Christoph Waltz), but everyone also wants to know who will take billing as top Bond Girl. The honor of being the chief lovely in the 24th Bond outing goes to Lea Seydoux.

Though the world knows the latest Bond girl simply as Lea Seydoux, her full name is the long and beautiful Lea Helene Seydoux-Fornier de Clausonne. The actress was born in July 1985 in the heart of Paris and is one of seven siblings! Lea has five younger siblings and one older sister who is employed as her personal stylist, keeping it in the family!

2. Her Family is French Film Royalty!

Lea’s family have deep and important roots in the world of cinema, with her grandfather, Jerome Seydoux, being the chairman of Pathe studios and her great uncle, Nicolas Seydoux, being the chairman of Gaumont studios. Even with this rich history and familiarity in the industry, Lea’s family were initially reluctant to let her follow her acting dream, but have since come around and provided some much needed support.

3. Opera Was Her First Love

Though she seems born to act, Lea actually originally wanted to be an opera singer! She studied the discipline at the world famous Conservatoire de Paris, but her natural shyness proved to be too much of a hurdle for the outlandish world of opera. This passion for performing arts still burned bright, though, and thankfully Lea eventually turned her talents to the world of acting.

4. She Went to Summer Camp!

Though she oozes classical French class and sophistication, Lea actually took part in one of the most traditional American pastimes for six years in a row during her childhood. Her father wanted her to be able to speak perfect English, so Lea was sent to a summer camp in Maryland to learn the language and perfect it. Good thinking from dad, as it will certainly help her in Hollywood!

5. She Has Some Super Famous Family Friends

Because her family are so involved with the entertainment industry, Lea grew up in the company of many of the world’s most famous faces. Her father regards designer Christian Louboutin as one of his very best friends, and he enjoys a close friendship group that includes Mick Jagger, Nan Goldin and the late musician Lou Reed. Much cooler than my parents' social network!

Lea first came to the public’s attention in 2008 when she played a stand out role in Christophe Honore’s film The Beautiful Person. Her performance earned her the Chopard Award for best upcoming actress at the Cannes Film Festival, and she also received a nomination for most promising actress at the Cesar Awards.

7. Blue is the Warmest Color Made Her a Star

Lea was propelled into super stardom upon the release of Blue Is the Warmest Color, an emotional and amazing love story about two young French women. The film gained worldwide recognition after it made mega waves at the Cannes Film Festival, marking the first time both lead actresses received the Palme d’Or award as well as the director. In the same year, Lea was also nominated for the BAFTA rising star award and the Cesar Award for best actress.

I love the Bond movies so I’m always excited for the next installment and having Daniel Craig to ogle is no hardship. Who’s your favorite Bond?