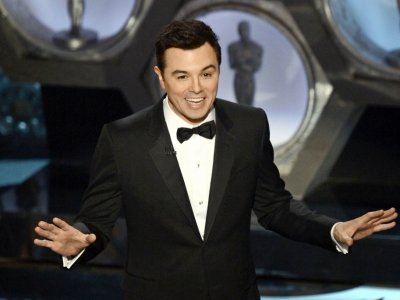 In the semi-wake of the “Duck Dynasty” homophobic-comment stories, a lot of attention has been paid to controversial TV moments. Sometimes the scandal is warranted; sometimes it's not. Either way, scandals like “Duck” give networks and performers the attention they thrive on. I'm sure you've read about these things before, but here are just a few of the controversial TV moments of the past several years. As for “warranted”, I'll leave that up to you.

This is undoubtedly one of the most infamous controversial TV moments in recent years. The term “Nipplegate” refers to the “wardrobe malfunction” during the 2004 Super Bowl halftime show that caused Janet Jackson's nipple to be exposed. Even though it was only exposed for about 9/16 of a second, the FCC thought this warranted a $50,000 fine.

I didn't notice it, but apparently the rapper MIA flipped off the audience during a Super Bowl performance in 2012. Most people I know didn't notice it either until it hit the tabloids. Oh, well. That kind of stuff makes people look stupid anyway.

I had mixed reactions. On one hand, his typical anti-semitism hit a new and more disgusting level. The “We Saw Your Boobs” song wasn't all that funny and deserved to be made fun of. On the other hand, Seth MacFarlane is *known* for pushing the envelope. The backlash, while warranted, is why performers like this *usually aren't asked to host shows aired in prime time*. Oh, well. At least he can sing.

I've never seen this show because I can't afford to lose IQ points, but apparently this MTV stunt show went too far when Johnny Knoxville got onto an outdoor grill and had his friends set him (and a few raw steaks) on fire. He was wearing a flame-retardant suit so he wasn't hurt but, according to Entertainment Weekly.com, the two kids who imitated the stunt weren't so lucky. Needless to say, this didn't go over well with adults. The show went off the air the next year. Good riddance, although my friend thinks he's kind of cute.

During its first season, NYPD Blue made quite a few waves for showing naked butts on television. Even though it was usually in the 9 or 10pm time slot, apparently this was so offensive that several local TV affiliates (including in my town) refused to show it. I can't say I blame them. I'm told that Jimmy Smits has a really nice butt, though. I don't know if this is true, but nice butts are always relevant.

This term became common when Miley Cyrus, better known as Hannah Montana lit up the stage at the VMAs with her sexually tilted dancing during a song about date rape. If you haven't seen it or heard the song “Blurred lines”, look it up; just be sure you have some “brain bleach” handy. Miley's only 21 so we can write this off as her being a stupid kid but Robin Thicke is a 36-year-old *married* man. What's his excuse?

Most people today wouldn't bat an eyelash at a kiss between people of different races. In 1968, however, things were very different. In a November episode of Star Trek, Captain Kirk (white) and Lt. Uhura (black) shared a brief kiss at the behest of a group of annoyed aliens. We only saw the backs of their heads but, according to buddytv.com, even the implication was reason for NBC to have second thoughts about airing the episode. They eventually did, but it didn't cause anywhere near the number of problems the network thought it would.

If I were to list all of the interesting and relevant controversial TV moments I've read about, we'd all be here all day. As I said before, sometimes these scandals are warranted and sometimes they're not. Ultimately it's up to us to decide what we want to bring into our homes and what we don't. What about you? What do you think of the things I've mentioned? What do you base your TV choices on? Are there any I've left out? Let's talk, ladies!