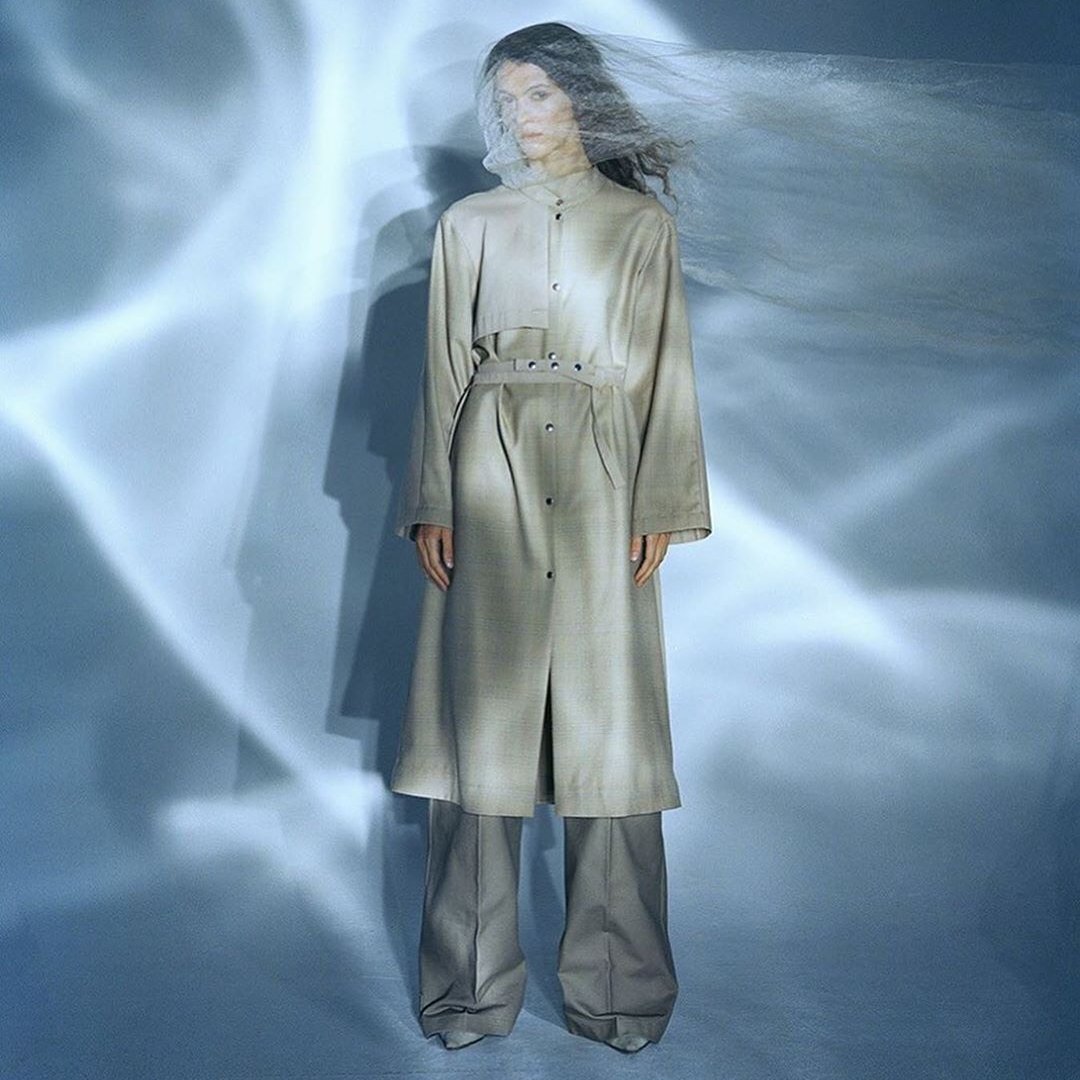 Movie romances are out of this world. They're decadent, dramatic, passionate, and typically lead to unbelievable happily-ever-afters. That's why fans seem to love it so much when the love they seen in films translate into off-screen movie romances, too. There are a lot of iconic love stories that started out in the movies and then transitioned into real life. Is it because the co-stars in question have been so close that they develop feelings for each other, or think they do? Are these romances carefully staged publicity stunts? The world may never know, but if you're interested in giving the matter some thought, here are some of the most mesmerizing real life film romances that have ever blossomed.

One of the most notorious movie romances took place between Elizabeth Taylor, of the bewitching violent eyes, and Richard Burton, who clearly got under Ms. Taylor's skin. It's well known that the two met and fell in love on the set of the decadent Cleopatra, although both were in other relationships at the time. In fact, if I'm not mistaken, I believe Elizabeth was still married to the man she stole from her best friend, oooh! They say it all began with a coffee cup, and although it went to pieces not much but twice, their relationship is still a hot topic.

I couldn't bring myself to put this one first, but you know this was the movie romance that spawned this whole post, right? This relationship is one of the most popular I've ever seen, no doubt because the Twilight franchise sky rocketed to popularity. To fans it seemed like Robert and Kristen really were Edward and Bella. Even though they never really named each other until Kristen's unfortunate PR statement, everyone knew. And now it's over, with friends, family members, and fans weighing in on whether or not poor Edward will ever be able to forgive his beautiful Bella. Of course, some cynics wonder if this isn't just some huge publicity stunt aimed at making the last film in the series an even bigger draw, but even if it is, these two are still huge news. Huge. Epic.

This has to be one of my favorite love stories of all time, next to Lauren and Bogie, as you'll see. Katharine Hepburn and Spencer Tracy met on the set of Woman of the Year, where Hepburn proved to be the woman of a lifetime for Tracy. The story goes that he didn't like the fact that she wore pantsuits and thought her grip was way too firm when she shook hands. However, Katharine's elegantly masculine edges must have grown on him all the time, and she found him strong, virile, and attention grabbing as well. They were never officially married, but after meeting one another, they stayed together until Spencer died in 1967 – 25 years after their initial meeting. Their love for one another was fiery and tempestuous, to the point where you can actually see it smolder between them in photographs and films.

The relationship between Angelina and Brad is still one of the most talked about movie romances ever, to the point where, even today, people take sides in the Angelina vs. Jennifer debate, come up with theories regarding the couple's courtship, and even manufacturer feuds between Angie and Jen. The two infamously met on the set of Mr. and Mrs. Smith, whether they smoldered on-screen – and maybe off-screen, too. Brad and Angie still deny rumors that their affair began before he divorced Jennifer, but there's some evidence and a whole lot of conjecture suggesting otherwise. Whatever you believe and whichever side you take, there's no question that this is still one of Hollywood's most-watched couples.

I remember when Nicole Kidman and Tom Cruise allegedly fell in love on the set of Days of Thunder not because I thought it was an awesome movie or because I loved Tom Cruise. At the time, I wasn't quite 8 years old and I much preferred Jonathan Brandis. However, at the time, my mom was head over heels in love with Mr. Top Gun, since it was before he became a couch-jumping spokesman for Scientology and drinking crazy Kool-Aid. She hated Nicole for the longest time, but for the rest of the world, this was a golden couple: the All-American boy marries the stunningly gorgeous Aussie princess. People were devastated when they divorced … and then, suddenly, the dissolution of one of the biggest off-screen movie romances made sense.

Some people (or maybe it's just me, I don't know) wonder if maybe Ben Affleck didn't get J.Lo's name tattooed somewhere, thereby requiring him to jump from one Jennifer to another. Of course, since the Affleck family is growing by leaps and bounds and he's now on record saying that the Year of the J.Lo was the worst in his life, I'm probably wrong. Even though these two connected strongly the set of The Daredevil, an arguably awful movie, their affection was apparently strong enough to withstand the reviews. They actually met when they filmed Pearl Harbor, but the spark wasn't quite kindled then. Only after playing Elektra and Daredevil, respectively, did Jennifer and Ben get together for good.

Bogie and Bacall: one of the most enduring movie romances of all time, and one of my personal favorites. These two were seemingly fated. Lauren Bacall was a stunning ingenue, only 19 years old, when she starred in her very first film, To Have and Have Not. It's funny that, years later, Humphrey Bogart was wary about playing the love interest of Audrey Hepburn in Sabrina, since he was significantly older than Lauren when they met – a quarter century older, in fact. They only had about 13 years together, but those years were filled with love, laughter, respect, and fun – which Bogie promised Ms. Bacall right from the first.

The love affair between Annette Benning and Warren Beatty is a noteworthy off-screen movie romance for several reasons, the most notably of which is that Beatty was a notorious bachelor and ladies' man. I mean, he was even linked to Madonna at one time! Truth be told, however, I'd take the timeless grace and elegance of Annette as well, but that's just me. They met while on the set of Bugsy, and one year later, the ladies' man officially got rid of his little black book and the two of them tied the knot. They're still living happily ever after, and they don't flaunt their relationship either. Coincidence? I think not.

I'm including the next two romances because they made me sad. Everyone in the world was surprised when Courteney Cox first stepped out with goofy David Arquette, although you can see their chemistry when you watch Scream, the film that started it all. They starred in subsequent sequels, all the while starring in their own personal love story as well. They seemed to be perfectly matched, and I, for one, am still sad that they split up. It happened five years ago, and it still stings.

However, nothing stings more than this one! I read recently that Ryan Gosling, who steals thousands of new hearts every single day, might be ready to ask Eva Mendes to marry him. Immediately, I shouted “NO!” even though his personal life isn't any business of mine and he doesn't take my advice anyway. It's just that they starred together in The Notebook, one of the most romantic movies in recent history, they fell in love on set, and they gave everybody everywhere hope of true love and fairy tales and all that jazz. And then they broke up, and hopeless romantic saps like me still wonder what might have been. I mean, what would happen if Ryan just called up Rachel and say, “Hey girl...” What if she interrupts his hypothetical nuptials by reciting lines of dialogue from The Notebook? Personally, I blame Nicholas Sparks for this: it's not enough that his overblown ego colors all of his romance novels, now they're messing up real life, too!

When movie romances leap off-screen, the public loves it. Maybe it's because these relationships make us believe that the happy endings we see in movies aren't so out of reach after all. Of course, not all of the couples mentioned here have stayed together, but while their passions raged off-screen, they certainly lit up the world. Why do you think real life film romances occur so often?