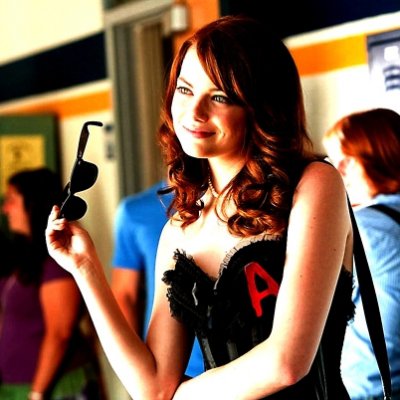 We can learn many things from movies – and that includes what NOT to do. Losing your virginity is not one of the topics the screen media does awfully well. What should be one of the most special moments in your life is usually reduced to a comedic episode with many of its factors blown out of proportion to get the laugh. These are not movies to watch to learn the finer points about a first sexual encounter, but they do raise some issues all virgins (and non-virgins) should know of.

This has to be one of the very best movies about losing your virginity of all time. This coming-of-age comedy shares the story of a group of friends in their senior year who decide to lose their virginity by prom night. It manages to be charming even though you will watch so much weird stuff happening. Yes, it's vulgar but heartwarming and is definitely a movie every girl should watch.
Buy at itunes.apple.com

So many teen movies are based on the exploits of the male sex in pursuance of losing their virginity. This movie puts attention on the girls. It is about two best friends who fall in love with the same guy and want him for their first sexual experience. The situations are hilarious yet relatable. It has a breezy but bittersweet and somewhat nostalgic vibe. Yes, it may not be the perfect teen movie, but it tackles the topic of virginity well and maintains a great spirit throughout the movie. Dakota Fanning and Elizabeth Olsen make it watchable.

If you want to watch a movie that shares a disarmingly poetic perspective of female adolescence, you should watch The Virgin Suicides. The movie revolves around five sisters with a super strict family background. The story takes a dark turn when one of the sisters loses her virginity. Unfortunately, the guy ends up being a jerk and tragedy ensues. How the lives of the other sisters get affected is what makes this movie worth watching. Yes, it may not be the happiest movie in this list, but it deserves its place.

It's among one of the finest movies about losing your virginity – and it talks about other issues, including double standards, gender discrimination and friendship. The story is about how a young girl helps her friend, who is overly concerned about not being able to lose his virginity, by lying that she "had sex" with him. This makes others call her "a slut" and she starts taking it as an opportunity to get gifts and become popular. The movie doesn't rely on gross out moments like other teen movies. It's genuinely funny, thanks to a lively script and great cast. Those of you in the know will get “The Scarlet Letter” influence.

The ‘80s was a glorious decade for teen movies. Some were incredible blockbusters, others just entered the general melee. Sitting somewhere in the middle, Little Darlings is the story of two girls determined to lose their virginity to their respective partners. This is worth watching for its attention to how sex can become a game and a competition. Watch it to see what and who triumphs in the end.

In a modern take of Les Liaisons Dangereuses/Dangerous Liaisons, Cruel Intentions is a story of pursuit, temptation and resolve. The protagonists in the triangle are bad boy Sebastian, who wants to seduce Annette, a virgin who wants to wait until marriage to lose her virginity, his cohort (and step-sister) Kathryn, who is manipulative and vengeful, and the object in her plan, naive and sheltered Cecile. Telling you what happens will simply spoil the plot. It’s a fascinating interplay between people whose sexual aims clash.

Are you willing to tell us if your first time was anything like these virginal encounters in the movies?