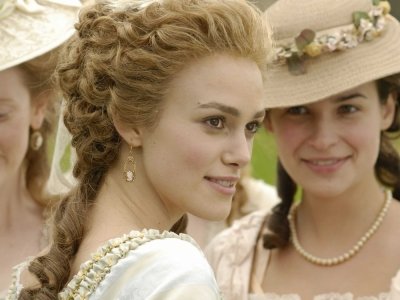 Movies based on historic events aren't always historically accurate. However, I love history and I love movies--it therefore makes sense that I like to combine the two every once-in-a-while. Some movies based on historic events are tragic, others are heartwarming, and many are FULL of action. Never use them as a completely accurate basis for what actually happened, but do treat them as a great way to explore a period you haven't yet learned about!

When I was 14 and handed a syllabus for a 20th-century American history module, I was over the moon. Sure, the Nazis, Tudors, and the plague are all VERY interesting. But the 20th-century kicked ass. Our teacher promised us that we could all watch Forest Gump at the end of the module, if we behaved. When we did, spotting the historic events was so much fun. I don't think there are many movies based on historic events that cram so many stories into one plot, in such a heartwarming way!

The same module brought me onto my next movie. Under a massive amount of pressure from a primarily female class wanting to gawp at Ben Affleck, the same teacher let us watch Pearl Harbor. You can pretty much guess which historic event it is based on. There's plenty of 1940s glam and romance, with a lot of action to balance that out. Pearl Harbor sparked my WWII movie obsession, and trust me, there are lots out there to watch.

Okay, I swear I will stop with WWII movies after this. Unless your heart is made of stone, I defy you to watch The Pianist and NOT cry. The film was a collaborative effort between British, French, German, and Polish, directors striving for sensitivity and historic accuracy. It is based on the autobiography of a Jewish pianist living in a Jewish ghetto during WWII. It is long and difficult to watch, but amazing all the same.

Marie Antoinette is based on the French Revolution and the gradual downfall of Marie Antoinette. She became a hate figure on the eve of the French Revolution, causing the downfall of herself and many of her contemporaries. Now, if you want historic accuracy, I suggest you read Antonia Fraser's biography of her afterwards. However, the film does give a great insight into palace life and the personal challenges she faced. It stops short of the horrors that followed her capture. If you read Fraser's biography, you will see why.

Nobody does a historic movie like Keira Knightly. She somehow screams 'Georgian/Edwardian/Regency/Sexy Pirate'. The Duchess was filmed at one of my favorite stately homes: Chatsworth House. I spent a lot of time there as a kid, so I adored watching Keira Knightly in this. The film is based on the life of Georgiana Cavendish, who was an ancestor of Princess Diana. While she was an aristocrat, her life was marred by abuse, losing her child to adoption against her will, and more. This is another tear jerker, so get your tissues at the ready.

Robin Hood probably didn't exist in all the mythical glory we see him in today. Thanks to a lack of parish records in Britain until the 16th/17th century, we can never really tell whether he existed at all. Still, the 2010 version of Robin Hood does give a great insight into one of our more ridiculous kings: John. What I really love about this movie is how well Cate Blanchett NAILS a Nottinghamshire accent. Doing that must have taken some serious work.

I really love Colin Firth, so to see him in something non-romantic was amazing. Based on the story of George VI, it focuses on the late king's speech impediment. This became something of a national embarrassment, which wasn't great in an era where the monarchy's popularity was beginning to crumble. This film tells the story of Lionel Logue, an Australian speech therapist, sorting the problem out. There's a dash of Wallis Simpson, plenty of emotional stories, and a majestic speech at the end.

There are lots of other historic movies I love. Gladiator is one, but apparently it wasn't too accurate in terms of history. The Boy in the Striped Pajamas broke my heart, and I don't think I can ever bring myself to watch Sophie's Choice. If you have a movie based on historic events you want to share, please do!