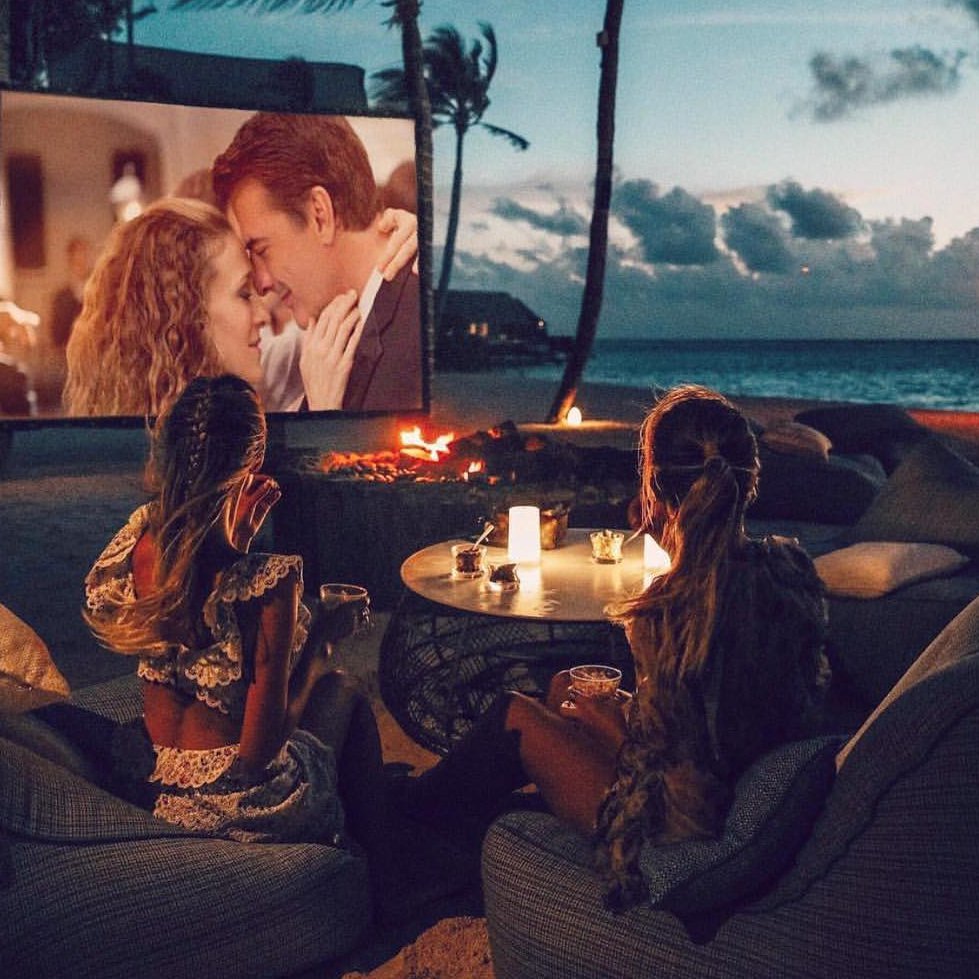 There are so many movies every woman must see!

Who doesn’t love to watch a good movie these days? Movies are a great past time and a great way to relax and to also relieve stress, especially if it is a funny movie. There are some movies that we can just watch over and over and over again, as they are hysterical and leave an imprint on our lives. Do you have a favourite chic flick or romantic comedy that you will turn to for down time? Here is a list of the top 7 movies every woman must see. I hope your favourite is on the list.

This is the definition of the Hangover for women. This movie will have you on the floor laughing the whole time. There are such memorable scenes in this movie. It's about six wacky ladies who are all in for one thing, and that is to celebrate their friends wedding. These ladies get themselves into some trouble, but we can’t help but laugh, because lets face it, it is just that type of movie. Melissa McCarthy is made for this movie as well as Rebel Wilson, as they are comedic actresses who know how to turn our frown upside down. If you are looking for a movie for a girl’s night, this one is perfect and one of the best movies every woman must see.

If you are looking for a love story and a movie that will shed you some tears, this one is it. The Notebook is a classic movie and although it is a fan favourite for women, it is no surprise that some gentleman have this movie as one of their favorites too. You can call it a chick flick, but the storyline is beautiful and Rachael McAdams and Ryan Gosling do a fantastic job in this movie. It has romance, it has suspense, and it has drama. What more could you ask for?

The classic high school teen drama movie is what we have with Mean Girls. Lindsay Lohan and yet again Rachael McAdams do a great job in this movie. We have the classic popular girl as well as bully. Lets face it she is the top ‘mean girl’ in this movie. It demonstrates how the popular girls in school dominate the hallways and the different groups and classes of students that appear in high school. It goes to show you how high school is not easy for anyone, as it is filled with raging teenagers. This film is always filled with many ha-ha moments and goes to show you that girls will do anything to get a guy's attention.

4. The Fault in Our Stars

This classic film has a beautiful story line and also teaches you about life and how to deal with it when you are faced with adversity. The main character, Hazel, is faced with cancer, but she ultimately deals with it well as she meets her true love that also faced cancer. This is a movie that many can relate to as it has many memorable quotes such as “that’s the thing about pain. It demands to be felt.” “You don’t get to choose if you get hurt in this world...but you do have a say in who hurts you.” “The World is not a wish-granting factory.” And “I’m on a roller coaster that only goes up.” This movie is filled with laughter, tragedy, sadness, love and anticipation. This has to be a fan favorite, as it is also a novel. In addition, Augustus Waters played by Ansel Elgort is just nice to stare at.

Jack Nicholson and Diane Keaton star in this romantic comedy that is definitely a fan favourite for the older crowd. Harry has a thing for the younger ladies, but when he feasts his eyes on Erica Berry, he finds himself falling for a woman of his own age. Erica also finds herself oddly falling for a younger man, Julian Mercer played by Keanu Reeves. This movie shows that things aren’t always what they seem, but maybe that it is a good thing. Harry’s character is memorable, as he drives Erica crazy in the beginning, but then Erica finds herself falling for Harry after all.

This film is similar to the Fault In Our stars, as the film also focuses on a young girl facing cancer, but it is distinctive as Anna Fitzgerald plays the older sister of cancer patient Kate Fitzgerald. Anna sets out to help her sister who has undergone many surgeries as a baby. Oddly enough her sister Kate knows that her time is coming, so she gets Anna to convince her parents that she doesn’t want to help her sister out anymore. She wants to be emancipated from her parents. She ends up in a war with her mom, Sarah Fitzgerald, played by Cameron Diaz. This movie touches the hearts of many as it shows what it is like for a family to deal with having a daughter that has cancer, but also how strong the family is as their love for each other withstands the heartache.

7. A Walk to Remember

Last, but certainly not least is A Walk To Remember. This is yet another film that has a young girl who we later find out has cancer. It also portrays the transformation of a young man named Landon Carter, played by Shane West. He goes from troublesome high school boy to falling in love with a girl he least expected and ending up in medical school. The relationship that they develop is inspirational and powerful. Jamie Sullivan, played by Mandy Moore, stars as a Christian teenager who faces down fear and loss, while searching for her miracle. This movie is a favorite because of the singing and soundtrack by Mandy Moore. Her vocals are beautiful and blissful. This movie shows that true love exists and that even though it ends with Jamie passing away, it's still worth it while it lasts.