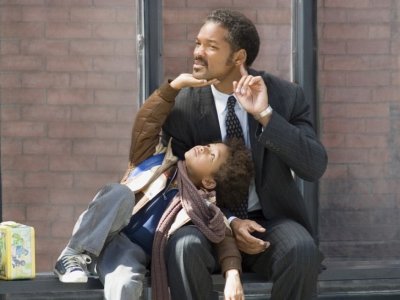 If you've ever thought about what it would be like to work with a member of your family then you'll be intrigued by these movies starring real-life family members. Working with a member of the same family can be a challenge in any work place, but what about if you were acting in a film and assuming the same family roles that you do in real life? How do you separate the ancestral fact from the family fiction? Here are some movies starring real-life family members where there's sometimes much truth behind the fiction!

1. The Pursuit of Happyness

Where the Smith clan is concerned, it sure is a family affair. Well, a father and son affair at least! This cute couple has starred in two films together and this is my favorite of the two. This heart-warming tale from 2006 showcased the father and son duo at their best as they struggle with homelessness. Will's son Jaden made his film debut in this movie and whilst his father was nominated for numerous awards and accolades, Jaden won the MTV Movie Award for Best Male Breakthrough performance. This is one of my favorite movies starring real-life family members.