9 Noughties Films That Will Take You Back to Being a Teenager ... 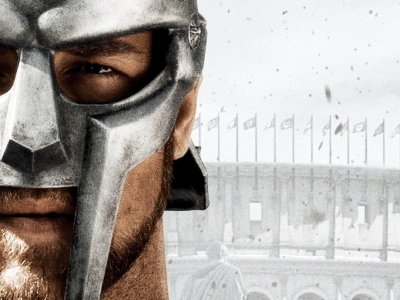 Noughties films sometimes seem as though they form a niche of their own. While I am a massive fan of modern movies, noughties films remind me of being a teenager. Many of the actors and actresses that routinely starred in them are still around today. Some seem to have faded into Hollywood's landscape.

No other noughties films remind me of my teenage years more than Mean Girls. Led by Regina George, a small group of cliquey popular girls is broken apart by Cady, a new girl who has been home schooled in Africa. As a teenager, I half hated and half wanted to be these girls. Adult me much prefers Janice. Mean Girls is 10 years old this year; that really makes me feel old.

I really wanted to feature American Pie in this list, but it was made in 1999! Still, American Pie 2 was just as hilarious. We saw a lot more of Stiffler's warped sense of humor. Fortunately, Jim was much less socially awkward. Aside from American Pie The Wedding, I have loved all of the American Pie movies!

3 Shaun of the Dead

Okay, so Shaun of the Dead isn't everyone's cup of tea. For some reason, my sister and I developed a weird fascination with it. No matter how many times we watched it, we still found it hilarious. My favorite scene involved Shaun's flatmate losing it when he and Ed are blasting music at 4am. That and a slightly odd moment when a zombie loses its head to a record.

Who doesn't love Bridget Jones's Diary? Okay, I am sure there is someone out there who doesn't. I, however, find it hard to dislike it no matter how many times I watch it. Maybe it's because Bridget affirms that most of us are socially awkward? The big knickers scene is flat out brilliant.

Even though it is in Brazilian Portuguese, City of God is absolutely enthralling and amazing to watch. Aside from the Hunger Games, I don't think a film has left me with my heart in my throat as much as this one. I go from being sad one minute, to happy, then to absolutely terrified. For those who don't know, City of God tells the true story of a young photographer in Brazil's favelas. I won't give too many spoilers, but it is quite a harrowing film.

To me, Meet the Parents is sort of like the socially awkward film guys can empathize with...just like us ladies have Bridget Jones's Diary. That said, I know it is a film people of both genders absolutely love. Now I can't remember whether it is Meet the Parents or the second movie that features the milking the cat scene, but I do know it is one of my favorite scenes from any comedy. Robert De Niro is pure gold throughout. If I ever feel sad, I just watch this film and cheer right up.

Oh Zoolander, this guy gave us THE original duck face. Nobody pouts quite like him, do they? I haven't experienced the fashion industry firsthand, but I am willing to bet it is as conceited as this film makes out, and then some. Bringing Ben Stiller, Owen Wilson, and Will Ferrell together was bound to result in a lot of laughs. I can't take watching this film too much, but when I remember it exists and break it out to watch it, it always gives me a good giggle.

I will never forget the first time I saw this film. I went with my mother and my grandmother to the movies, bumped into a load of my friends, and suffered the shame of being utterly uncool. Now I'm glad I did, as it's not often three generations go to the movies together. Another reason I won't forget this film is THAT scene where Russell Crowe finds his wife and child dead. I still can't watch it now, it is far too upsetting.

I think ending on a great comedy is a good idea! To me, Owen Wilson and Rachel McAdams really shine in this film. Will Ferrell's presence is brief, but hilarious. The Wedding Crashers is the film that also made me fall in love with Isla Fisher. I'm not sure if people do actually crash weddings, but this film makes me hope they do.

I'm sure there are lots of other noughties films that will remind you of being a teenager. Others that stand out in my mind include Holes, The 40 Year Old Virgin, and Old School. To me, it was a GREAT decade for comedy. If you have a favorite noughties film, what is it?