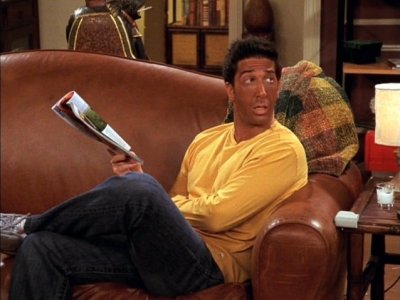 Out of all of Ross Geller’s best moments, this must be one of the most underrated. Red Ross appears when the poor guy is faced with playing rugby for the first time. Undeterred by Emily’s pleas for him to cease, he tells some bizarre story about when he got mad at a guy in a queue. Despite bringing out Red Ross, he still gets absolutely hammered by his team mates.