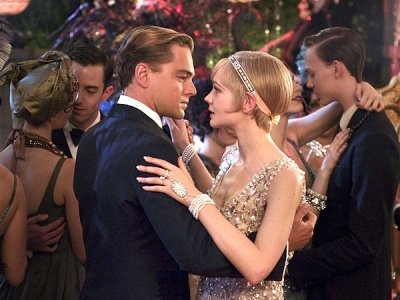 1. They Couldn’t Have Cast a Better Tom

When I first read The Great Gatsby, Tom was literally THE most pompous and arrogant man to grace the earth. In my head, of course. Now I am sure I have seen the actor Joel Edgerton somewhere before, but his ability to just make my blood boil from the second he stepped on screen wiped out all the previous memories I had of him. My only disappointment here was that we didn’t get to see the scene where he admits to sobbing his heart out in his and Myrtle’s secret apartment after the car crash. Still, he is the top of my reasons The Great Gatsby film is as good as the book.

When Nick Carraway first meets Gatsby in the book, he narrates, “It was one of those rare smiles with a quality of eternal reassurance in it.” Before watching the film, I half suspected they cast Di Caprio on the basis of THAT smile. I mean, who the heck else could pull it off? With champagne in hand, he delivered that reassuring smile. I’m sure I’m not the only person who loves this, because I keep seeing GIF after GIF after GIF dedicated to it.

Poor old George. We don’t see much of him in the book, but deary me he doesn’t half suffer. I mean, there was no excuse for locking up little Myrtle after realising she wasn’t faithful (abuse is abuse), but he has the wool well and truly pulled over his eyes time after time. In my head he was the dumbest of creatures, and in the film he was the same. In the scene where Tom consoles him after Myrtle’s death, my heart breaks for him.

In the book, Fitzgerald has this weird moment where he decides to name drop like a pro. He lists all of NY’s finest and grandest who would have attended Gatsby’s parties had they been real. Now I recognised one or two names in there (mainly Astor, thanks to Titanic), so I am guessing not all of them were fiction. I can’t remember there being a sniff of Astor in the film. However, in true Luhrmann style, there is an absolutely bizarre looking man who is reminiscent of Skrillex flinging himself around a piano. Said man is apparently a descendent of Beethoven, but even that is apparently questionable. Still, without listing dozens of people as Fitzgerald did, the flamboyant nature of Gatsby’s parties are laid out right there.

In my head while reading the book, neither Daisy nor Gatsby’s houses were as grand as they were in the film. The one thing that did remain consistent was that green light. THE green light that Gatsby reached out for when thinking of Daisy, the light that disappeared when they came together, and the light that sadly dims at the end of the film. I really do love that light. Had Luhrmann not even alluded to it in the film, I would have been severely disappointed.

I guess it really did need to be made clear that Nick Carraway was a narrator. By depicting him as a distraught man typing out his traumatic experiences for a doctor, Luhrmann makes his literary role beautifully clear. The little touching moment at the end when he writes “The Great” above “Gatsby” tugged at my heart strings a little. Before watching the film, I was a little skeptical over Tobey Maguire taking the leading role. I now know he was perfect for it!

This film wasn’t just based on the book, it laid out the lines perfectly. There were no attempts to bring the language up to modern standards. Instead, key sentences from the book were perfectly clear. As a huge fan of the book, this made watching the film even more heartbreaking for me, especially when Carraway told Gatsby he was worth more than everyone who was putting him down. Sob.

This is one of those films I am going to be more than happy to watch over and over again. Much like the book, I am sure there will be new aspects of it that jump out each time I see it. Of course, not everyone agrees. The film received its fair share of criticism from critics. If you are a fan or if you didn’t enjoy it, why?