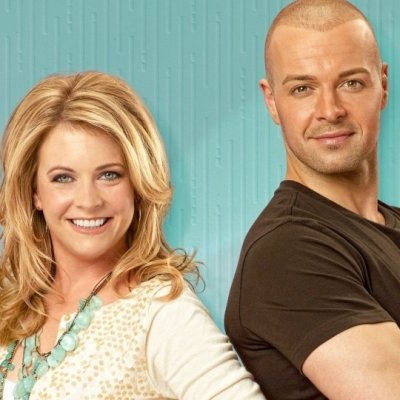 Whether it’s because you are indulging yourself in childhood nostalgia or enjoying another one of ABC Family’s hilarious sitcoms, we all have our own reasons to love Melissa and Joey. It is a show about a local politician raising a niece and a nephew with the help of her male nanny. Melissa Joan Hart and Joey Lawrence, who are the main actors on the show, are not only stars and executive producers but they are also TV sitcom royalty who have played major characters on some cult favorite family sitcoms. So here are several reasons to love Melissa and Joey and get on the ABC Family sitcom bandwagon.

1. Chemistry between Mel and Joe

One of the reasons to love Melissa and Joey is the chemistry between Mel and Joe. Ever since ABC Family’s original movie My Fake Fiancé, it was apparent that these two had some major chemistry going on. Melissa Joan Hart and Joey Lawrence just perfectly mesh together and naturally produce believable content. Plus if you have seen work from these two in the past, you know what to expect from this show.

What I enjoy most about this show is just how light-hearted and friendly it is. Every episode serves as a little-pick-me-up and the show overall never fails to squeeze a little laughter out of you, no matter the mood you are in. It is a cheery show that everyone could enjoy.

This show attracts a wide demographic as it is completely family friendly and appealing for any gender or age group. While there are some jokes that only adults would only be able to understand, parents can feel safe exposing their children to this show. Add Melissa and Joey to one of your family nights and it will be a time well spent!

You can only expect the best from Melissa and Joey when it comes to witty humor. The characters go at each other back and forth but in a very amiable manner. Their one liners are just TV gold that you cannot miss out on any longer.

In comparison to other television content that is currently on air, this TV show is very realistic. Although it is nice to enjoy a few mystery or fantasy shows with vampires and werewolves, sometimes you want to be entertained by something more tangible, something more realistic and relatable, and if that is the case, here is Melissa and Joey at your disposal!

6. There Are Three Seasons to Get You Started

If you are one of those people who prefer to have a TV show marathon instead of waiting for the next episode every week, you should definitely consider checking out Melissa and Joey. There are three seasons of pure comedic entertainment available in addition to a fourth season coming shortly!

Melissa and Joey features content reflecting today’s families. The story of their little family is told with a mix of passion, humor, diversity and heart. Shows like this are hard to find, which is why Melissa and Joey has been such a great success. Give it a chance and trust me, you will be able to relate to this show as much as I do.

Melissa and Joey is an amazingly entertaining TV show that has a relatable storyline about today’s relationships. It’s cheery, light and humorous! Will you be tuning in for Melissa and Joey? If not, which ABC Family TV show do you enjoy watching the most?