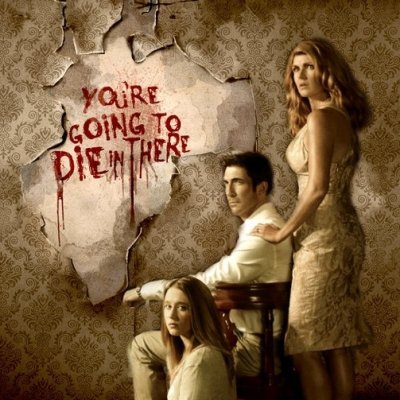 To start off the list of reasons to watch American Horror Story, let’s define the mood of the show. AHS is dark, spooky and unsettling but at the same time, it is intriguing and captivating. There are themes of ghosts, demons, covens, and mental asylums just for starters. Trust me, the first time you watch it, you will be left speechless. There are so many things going on and so many questions that need to be answered that you will be compelled to keep on watching until the end!

2. Each Season Follows a Different Story

What makes this show so unique is that it doesn’t follow the same storyline and doesn’t pick up where it left off each time. Each season is its own entity; each season has its own plot and new characters! For example, the first season revolves around a haunted house, the second season is set in a mental asylum and the third season focuses on the coven of witches.

While the storyline changes every season, don’t be alarmed because most of the actors get carried over to the next season as new characters. For example, one of the most beloved assets on the show, Evan Peters has already played a ghost in AHS: Murder house, an accused serial killer in AHS: Asylum and a fraternity leader who later becomes a zombie in AHS: Coven. So an actor, who played the good guy one season, might become a major villain the next season.

4. The Cast is Phenomenal

In order to play so many characters on one show, it is important to have talented actors who can quickly mold themselves into their new characters each season. Thankfully, AHS has a phenomenal cast that never disappoints. Jessica Lange, Evan Peters, Emma Roberts, Taissa Farmiga, Sarah Paulson and Kathy Bates are just some of many actors who are talented enough to be a part of the series.

On today’s television, there are so many series that lack depth and mystery. Most of their plots are very one dimensional, boring and predictable. However when it comes to AHS, nothing is ever what you think it is. Even when you believe you finally know what is going on, the writers will blow your mind with the most unexpected conclusion!

As the title of the show implies, the genre of this show is horror. That doesn’t mean however, that every scene is gruesome, dark and frightful. On the contrary, there is lots of humor, witty one-liners and sarcasm to lift the mood when needed. The writers do a great job balancing the script without losing its true nature.

7. It’s a One of a Kind on Television

It is not often that shows on television stand out among the rest and American Horror Story does just that. It is not your typical show with predictable scenarios and storylines that stretch themselves too thinly over 10 seasons. What is great about this show is that it can essentially go on forever with new plots, twists and characters, so you will never get bored!

American Horror Story is a quality television series that has a lot of potential to become something bigger than it already is. With such a great cast, dark storylines and limitless creativity, it is hard not to give this show a chance. Will you be tuning in for the fourth season of American Horror Story: Freak Show?