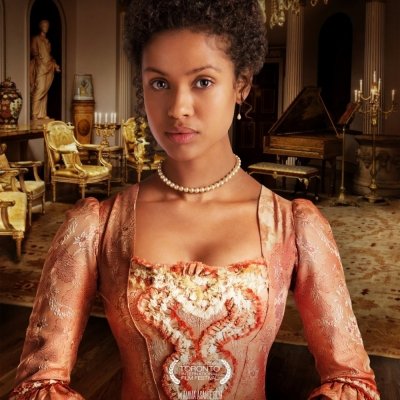 1 It's Based on a True Story

One of the primary reasons to watch Belle is the inspiring fact that it’s based on a true story! Of course, not everything is 100% historically accurate, but for the most part the movie stays true to the life of the real Dido Elizabeth Belle. Her life was truly fascinating, and watching the film is nothing short of a magical learning experience.

The costumes in Belle will take your breath away! After watching the film, I wished I could live in 18th century British society. The dresses were elegant and the men looked dashing in their suits! Designer Anushia Nieradzik does not disappoint. With a keen eye for fashion, Anushia created a visual feast that I can’t stop thinking about!

Perhaps even more stunning than the costumes was the cinematography in Belle. The movie was filmed so beautifully, the movie seemed to be set in more of a wonderland than the 18th century. You won’t be disappointed by the artistic appeal of Belle; the movie is as beautiful to look at as the story is to watch unfold.

Additionally, the movie was filmed in the most charming places imaginable! The scenery was breathtaking, and transported you to another time. From the opulent Mansfield estate to the hectic supreme courthouse, everything was magnificent. If for nothing else, you should watch Belle simply to treat yourself to the incredible scenery.

5 Not a Traditional Love Story Plot

This is certainly what I admired most about the film. Belle wasn’t a traditional “guy gets girl, guy loses girl, guy gets girl back” plot. Although there was plenty of romance, which viewers will love, the movie also revolved around more substantial issues. Since Belle deals with a topic as controversial as race, it focused on politics, law, morals, discrimination, and breaking out of social norms as much as it did on the romantic aspect of the film.

6 It Will Make You Think

Because it isn’t a traditional, overdone romance, Belle is sure to make you think. I left the theater having learned many new things, and the film piqued my curiosity about the time period. Belle is a movie you need time to mull over. Enjoy it while you’re in the theater, but later that night I can assure you you’ll be relating the heartwarming story to your own life and today’s society.

Belle also revolved around family quite a bit. Lord and Lady Mansfield (Tom Wilkinson and Emily Watson) didn’t have any children of their own, but instead took in Elizabeth (Sarah Gadon) and Dido (Gugu Mbatha-Raw) as their own. This anti-cookie cutter family was so interesting to watch on screen, and had a rather unique dynamic compared to most other films. The issues they tackled were heavy, and they interacted with each other in ways a real-life family would.

Overall, Belle is an incredible film, and I could probably go on for hours describing every minute detail! Once you watch it, you’ll keep returning to the theater to see it again! If you have seen it, what did you love most about it?