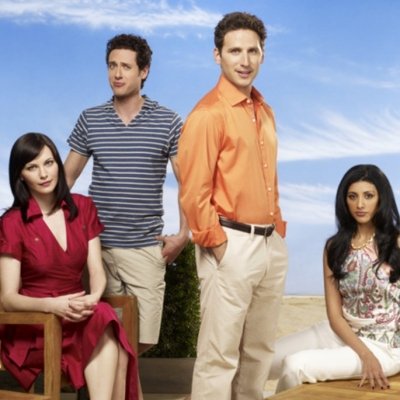 If you are looking for a new show to watch this summer, you will be happy to know there are plenty of reasons to watch Royal Pains. Royal Pains first aired in 2009 on the USA Network. It starts Mark Feuerstein as Dr. Hank Lawson, the founder of a concierge medical practice based in the Hamptons, and its plot is based upon the relationship of the characters and the medical dramas that Hank and his fellow doctors have to attend to. This show is highly entertaining, which is just one of the reasons to watch Royal Pains.

If you are looking for reasons to watch Royal Pains, you will be happy to know all of the episodes will be new this summer. There tend to be a lot of reruns in the summer, which can be boring to watch. However, you do not have to feel stuck watching reruns or reality shows this summer, you can watch new episodes of Royal Pains for your TV entertainment.

Speaking of reruns, if you are a fan of Grey’s Anatomy and don’t want to watch reruns all summer for your medical drama fix, you can watch Royal Pains. While Royal Pains does have more comedy, and is not set in a hospital, it does have dramatic medical emergency scenes. Additionally, the show also has characters develop rare conditions, much in the same way Grey’s Anatomy features odd diseases.

Another reason to watch Royal Pains is the characters are very entertaining. There is great character development, and each character has his or her own unique personality. For instance, Hank's brother, Evan Lawson, is a comedic character who is very smart and very goofy. His goofiness is often offset by the seriousness of Hank’s physician’s assistant, Divya, who keeps Evan in check. Hank, Evan, and Divya are just a few of the great characters you will find on Royal Pains.

Because Royal Pains is set in the Hamptons during the summer, you feel like you are on vacation when you watch it. There are often beach or pool scenes, which give a great summer feeling. Additionally, the scenes where the characters are in town provide a laid back vacation vibe, which is perfect for summer.

Royal Pains is one of the few shows that I find myself laughing out loud when I watch it. It may have medical emergencies and dramas, but there is also plenty of comedy. The interaction between the characters can be very amusing. Because there is a great deal of comedy on Royal Pains, this is a great show to watch when you need to unwind at the end of the day.

Every season of Royal Pains features a mystery or two, which are either medical based or based upon the relationships of the characters. The mysteries that are featured on the show are very intriguing and they will keep you watching. You will want to see what the outcome is. Personally, I can’t wait to see how the mysteries this season develop.

If you are into fashion, you will enjoy this show. While you may not think of a medical show as a show to watch for fashion, these characters live in the Hamptons and don’t wear scrubs. In fact, the characters are always very stylish and often wear high-end labels, especially the women. Although, the men often look great too.

In case you can’t tell, Royal Pains is one of my favorite summer shows, and for good reason. One episode packs a big punch. You get comedy, medical drama, and mystery when you watch Royal Pains. There is something for just about everyone. Are you going to tune into Royal Pains this summer?