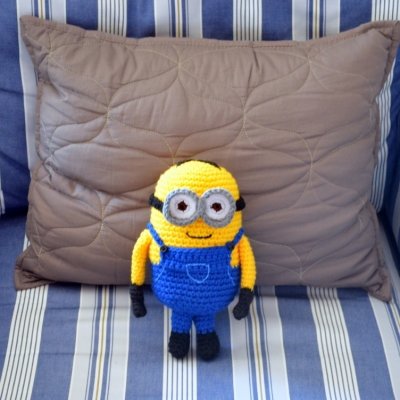 My husband and I talk about a lot of topics before we go to bed, and one of those nighttime subjects that we talked about recently was the reasons why The Minions are better than The Penguins. Over the decades there have been several cross platform match-ups in the movies including Aliens vs. Predator, Freddy vs. Jason, and even the upcoming Batman v Superman. But the best match-up would have to be battle of the yellow/blue versus the black/white. Here are seven reasons why The Minions are better than The Penguins - you obviously know who won in this battle from our points of view:

Face it, the Minions are just a lot more fun and waaay cooler than a bunch of little penguins. Okay, okay, the Penguins may be “secret agents” and have some cool gadgets but so do the Minions, who have served different masters since time immemorial. Need I give you more reasons why The Minions are better than The Penguins? Of course I do!

When the Minions all get together for a group laugh, it is just infectious. We all laugh with them. They’re a bunch of happy, yellow hormones that you want to wrap and take home! But the Penguins only manage to generate a gaffe or two – they smile a lot on screen and I suppose my face is supposed to crack? Oh joy!

Unless you have been living under a rock, the movie trailer for the first Minion Movie coming next summer has gone viral on YouTube. The same can’t be said for the Penguins trailer; yawn, please someone wake me when it’s over?

Does anyone understand what the Minions are saying? I sure don’t and that is the fun that the Minions have over the Penguins who are a bunch of surly mouth wimps. The Minions come across like my 17-month-old twins, chattering away like there’s no tomorrow and I have no idea what they are saying which makes it all the better.

Yes I did go the theater to see The Penguins Movie. I was just relieved that it wasn’t playing when I was flying somewhere over the Pacific Ocean as I would have jumped out of the plane (sans parachute). Stupid doesn’t even come close to what I felt while watching the film. Why did I go see it then? Honey, there was no other English language film showing in China that time so I really didn’t have any choice. Give me the Minion Movie any day now and I will be one happy lady.

6. Penguin on a Spit

Frankly, I think The Penguins are the most predictable cartoon characters around. I was hoping against hope while I was watching the Penguin Movie that they would try to invade Gru’s mansion with the Minions on the alert. Now, that would be a great battle!

Versus the dull black and white? Uh, thanks but there's no really no comparison here. The Minions’ color reflects their very personality: that of being generally happy beings. I frankly don’t understand why The Penguins considered their youngest as cute. I mean, really?

I don’t expect you to take sides but… aren't The Minions a crowd of happy hormones? Am I right or am I right?