19 RomComs That'll Make You Fall in Love over over Again ... 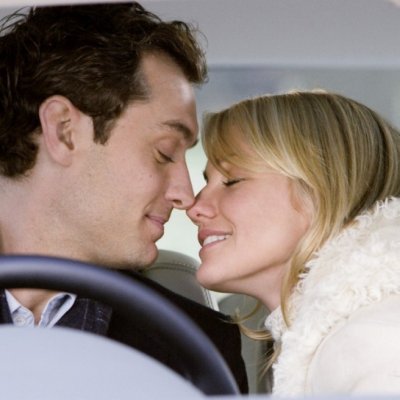 This Audrey Hepburn movie is a classic and is probably one of the roles that the actress is most identified with. A feel good watch, Breakfast At Tiffany’s never ceases to entertain you as you watch Holly stumble around till she finally realizes that Paul is her one love.

This 1993 romantic comedy is another favorite. Tom Hanks plays a young widower raising his son alone and Meg Ryan is a reporter with doubts about the guy she’s engaged to. Playing cupid is a radio station and a little boy who just wants a new mom. This is one of those movies that make you smile and smile some more and make you believe that love really is out there.

One of my favorite romcoms, The Holiday is the story two lovelorn women, one in America and the other in Britain, who’re looking to take a holiday from their lives by going as far away as they can. They end up exchanging houses for a little while and how this changes their lives (and the lives of those they meet) is what makes this movie utterly lovely and watchable.

Two words – George Clooney. Need more reasons to watch this movie? Well, George Clooney as a father. How adorable is that right? Now throw in the very pretty Michelle Pfeiffer and an undeniable chemistry between the two and you have a delightful movie on your hands. This is my go to movie on days I’m feeling low. An instant mood uplifter!

A really funny movie, Roxanne is about Charlie (Steve Martin), a witty and fun guy with an abnormally large nose who falls in love with Roxanne (Daryl Hannah) who in turn is infatuated with a slightly slow yet handsome chap. Of course, the ending is happy but getting there is a slow process for Charlie and it makes for an enjoyable movie.

A woman who saves the life of a guy she sees from afar everyday, a guy in a coma and his brother make up the very unusual love triangle at the center of this very lovable and funny movie. A feel good movie through and through, While You Were Sleeping is one film you can watch over and over again.

This is Robert Downey Jr before he became a super hero. And he remains as charming and lovable as ever as he tries to woo Marisa Tomei across Italy as she heads out in search of someone she hasn’t met but believes is her soul mate. Only You remains a fun movie to watch on a slow weekend.

A movie with two extremely gorgeous people, 27 Dresses is not the most original storyline out there but it still makes for a very fun movie. A girl who believes in happily ever after and a boy who’s a relationship cynic. Obviously they’re made for each other right? Perfect for date night, this movie is best watched with a tub of popcorn!

Patrick Dempsey and Josh Lucas in one movie. Doesn’t get more swoon worthy than this, does it? And Reese Witherspoon has to decide whom she wants – the handsome and rich politico she’s engaged to or the handsome and (now) rich chap she’s loved since childhood and was once married to. Another film that makes you feel good and smile even after it’s over.

Andie, a writer, decides to start dating a guy and drive him away in 10 days by making all the mistakes women in relationships make, all for her magazine article. Ben, on the other hand, makes a bet with his friends for a fat client account that he can make any girl fall in love with him in 10 days. You can imagine the chaos and confusion that ensues. A totally hilarious watch, especially with your SO.

Starring Cher and Nicholas Cage, Moonstruck is a hilarious movie and yet manages to make you feel the love each time you watch it. For me, true love is exactly this – fun. With award winning performances, Moonstruck doesn’t disappoint even more a moment. A must watch.

If you believe in your one true love finding you against all odds, this is the movie for you. John Cusack and Kate Beckinsale star in this utterly charming and romantic movie and you’re guaranteed to find yourself rooting for the two to meet and prove that love does find you after all.

You can’t go too wrong with Catherine Zeta-Jones, Julia Roberts, John Cusack and Billy Crystal all in the same movie. Funny, romantic and sure to make you smile while you hug the pillow, America’s Sweethearts is the perfect weekend watch. I love it!

I don’t think there is anything left to say of the movie that hasn’t already been said. A definite classic, Billy Crystal and Meg Ryan are almost perfect in the movie. And of course, there is that infamous orgasm scene that had women rethinking their food choices at cafes all around the country! If you haven’t watched it yet, do it now!

Another of my all time favorite movies, Roman Holiday has Gregory Peck as a reporter and Audrey Hepburn as a princess who runs away from palace life and explores Rome on her own. And explore it she does in the best possible manner, escorted by the handsome and charming Peck. With an unexpected ending, Roman Holiday still remains one of the best romantic movies I’ve seen.

The ever so charming Michael Douglas and the graceful Annette Bening come together in this elegant movie. Douglas plays the POTUS, a widower and a father and Bening is an activist with the environmental lobby. Obviously their politics and agendas don’t match but along the way their hearts do. What could be more romantic than that right?

One of the nicest movies I’ve seen, You’ve Got Mail is the perfect movie for a rainy day or one of those days you need cheering up. Tom Hanks and Meg Ryan are their best in this movie of books, rivalries, online friends and secret loves. A must watch for anyone who has ever loved.

A British RomCom, Love Actually has something for everyone. It isn’t just one story. Love (in all forms and shapes) is presented through ten stories that interlink at various points in the narration. Mainly set in London, Love Actually is the perfect holiday season movie.

Another British offering starring Hugh Grant and Julia Roberts, Notting Hill is one of your fairy tale stories, the kind young girls (and guys) dream of. A major Hollywood star happens to quite literally walk into the life of an ordinary man and proceeds to transform it simply by falling in love with him. A movie you can watch again and again.

RomComs are perfect movies for rainy days, date nights and just those days when you need to feel good about life and believe that love does exist. These 19 RomComs make up my list of movies that will make you fall in love over and over again. What are yours?