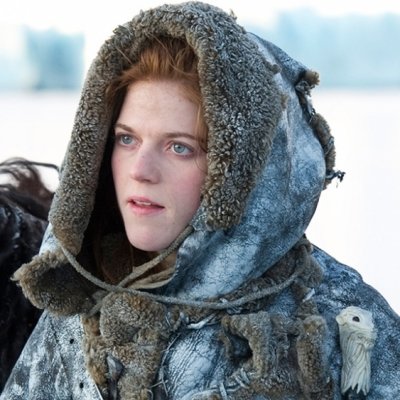 These Game of Thrones characters killed off throughout the course of the TV series (so far) have caused heartbreak and turmoil around the world. Here is a list of the 24 deaths that are considered the most shocking. Note - this list of Game of Thrones characters killed off is completely compiled from the TV series. TV spoilers are included, but you’re safe if you haven’t read the books! 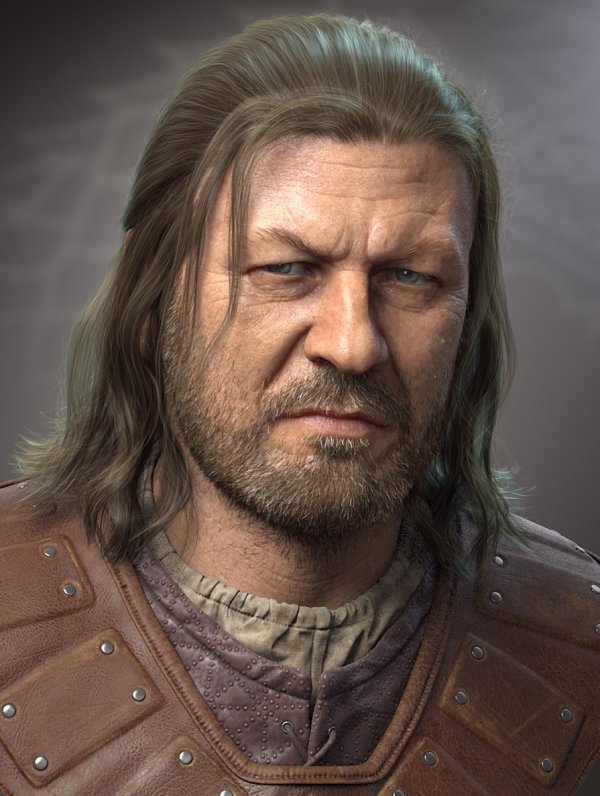 The death of Eddard Stark really gave Game of Thrones viewers an early insight into just how cruel and heartless George R R Martin really is. Eddard claims the spot for one of the first of the Game of Thrones characters killed off, lasting only nine episodes before getting beheaded. Yikes. 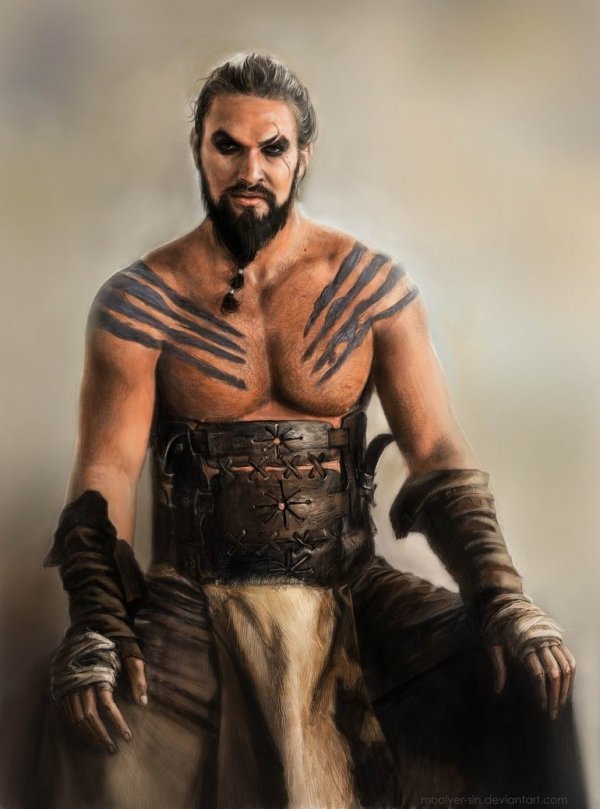 The death of Khal Drogo was unexpected and heartbreaking, due to the fact that Daenerys had just come to love him deeply, and that she was carrying his child. As sad as this death was, it did give Dany the strength and will power to carry on her role as Khaleesi. 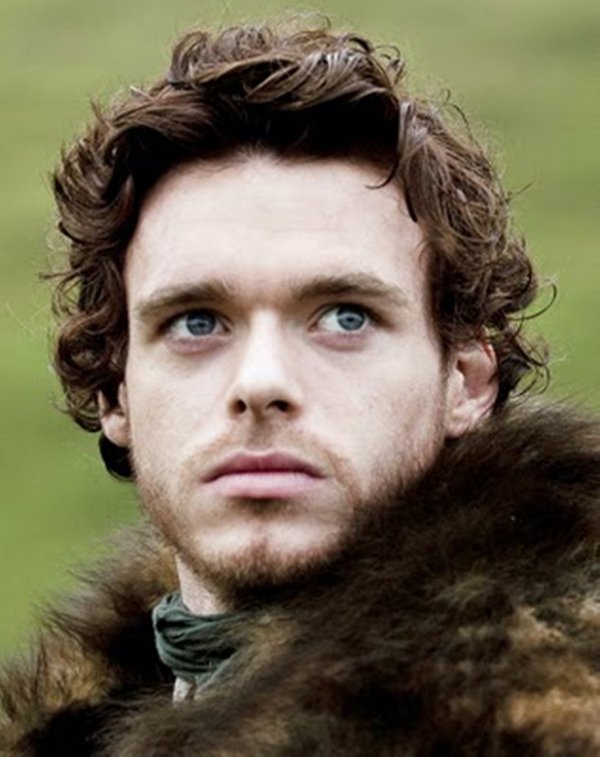 After watching his beloved wife and unborn baby perish at the hands of Walder Frey’s army at the Red Wedding in episode 9 of season 3, this tragic death must have been somewhat welcomed by poor Robb Stark. He was shot with arrows, then stabbed by Lord Bolton. 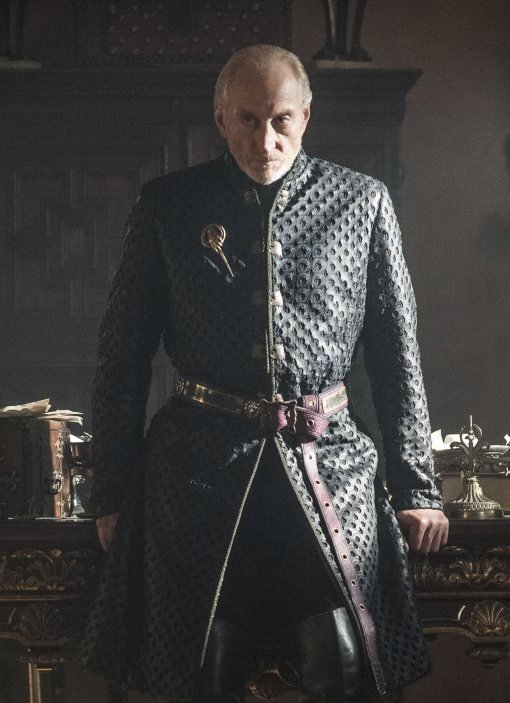 Dying on the loo is not the most dignified way to go, but that’s how it all ended for Tywin. He was shot by an arrow fired by his son, Tyrion. This death was shocking because it was the last thing expected from someone as forgiving and loyal as Tyrion Lannister. 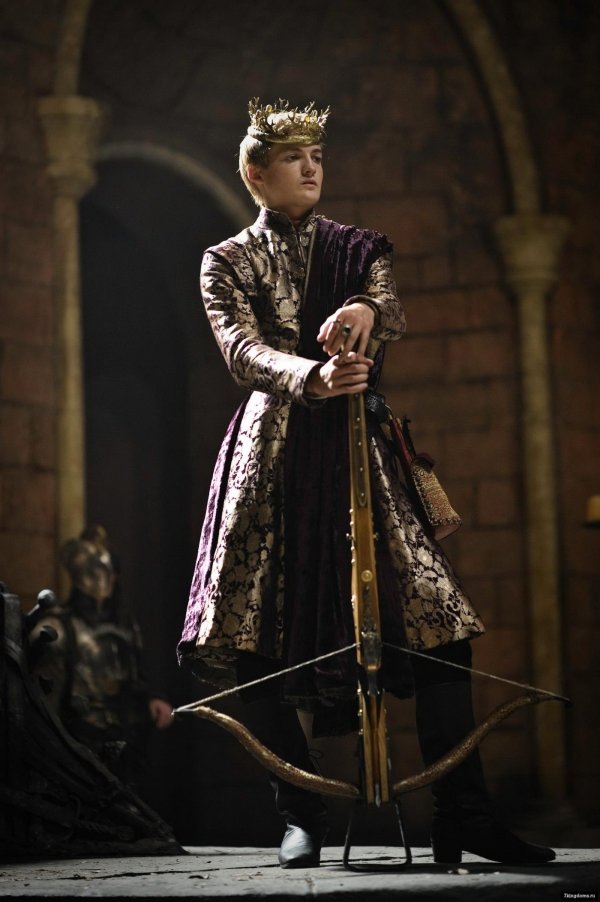 Thank goodness! There would be few Game of Thrones viewers who weren’t pleased to see the back of King Joffrey, the horrible bully who tormented everything and everyone. Joffrey was poisoned, but by who we are not quite sure yet. 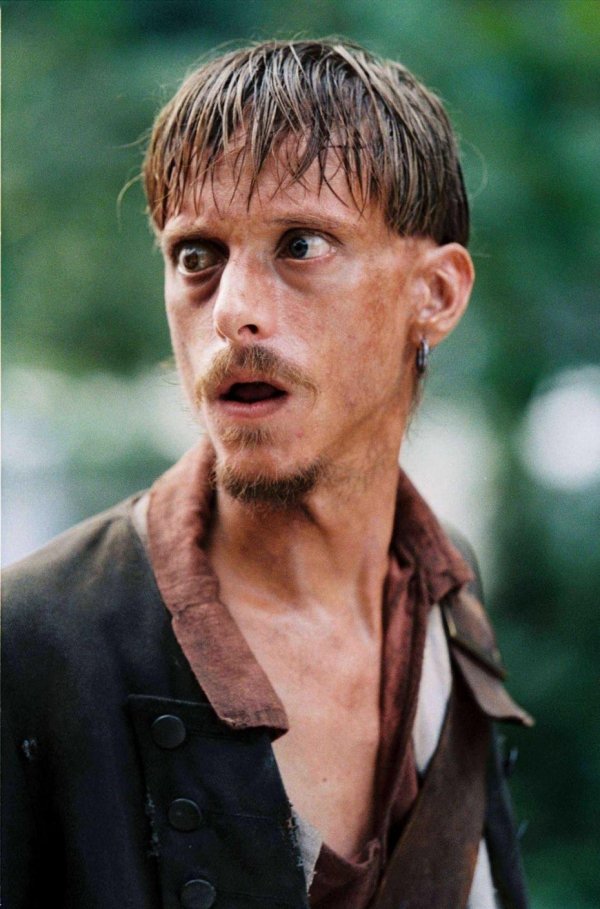 Orell the Wildling had amazing powers which allowed him to take over the mind of an eagle. He was madly in love with Ygritte and hated the fact that she was with Jon Snow. He tries to kill Jon twice, until his death eventually comes at the hands of the very person he was trying to kill. 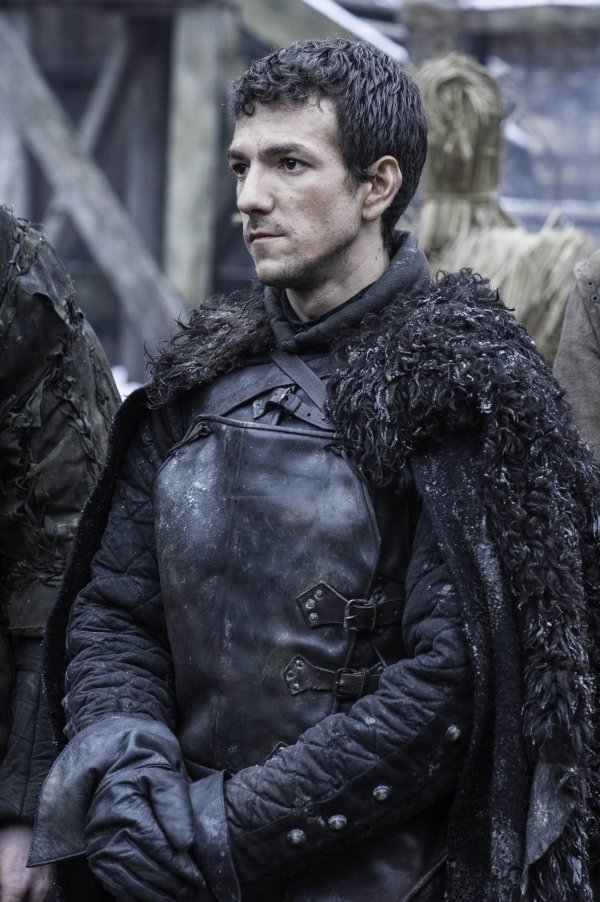 I am not ashamed to say that I cried at Pypar’s death! It seemed as though his story was just starting, and he was so darn loyal to Samwell Tarly and the rest of the Night’s Watch. He died in Samwell’s arms. 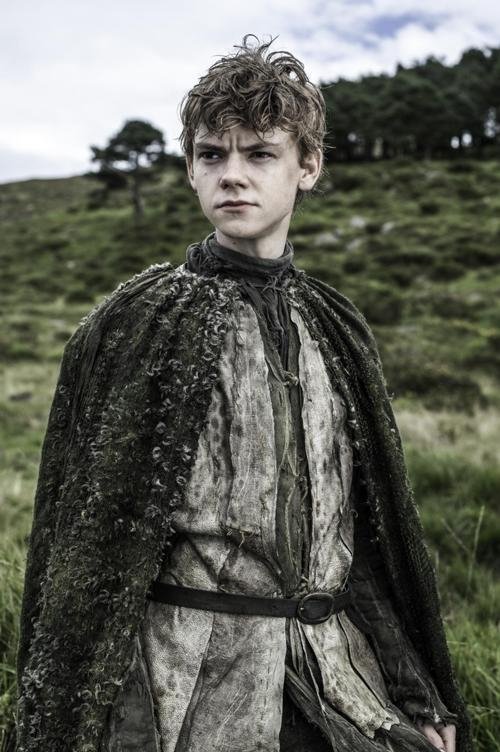 Jojen helped to save Bran and Hodor’s life, and they became very firm friends. He could see into the future, and this took a great toll on his health, both physically and mentally. In the end, he sacrificed himself to save his friends in episode 10, season 4. 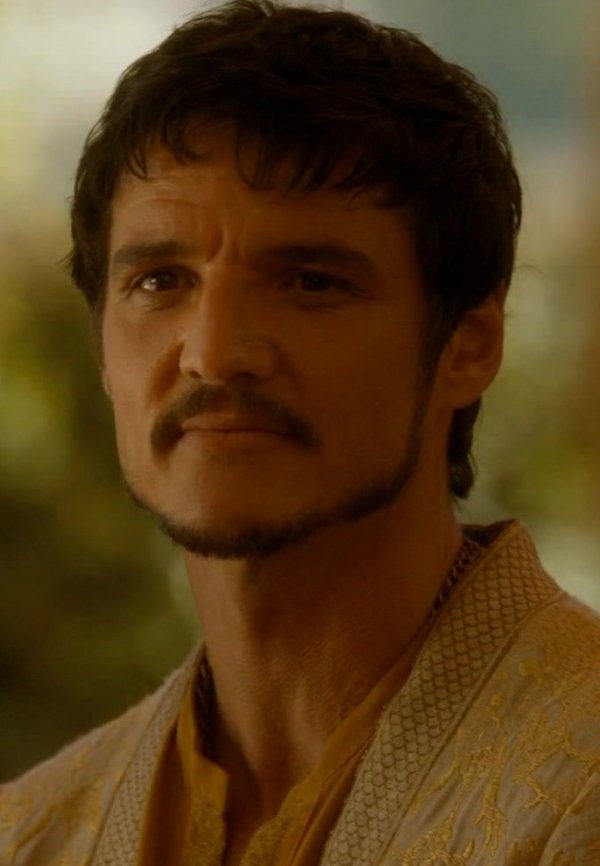 Prince Oberyn’s recent death is one of the goriest ever seen on Game of Thrones, and it seemed to happen right when there seemed to be so much potential for a huge character arc from him. Unfortunately, Ser Gregor Clegane cut that life very short. 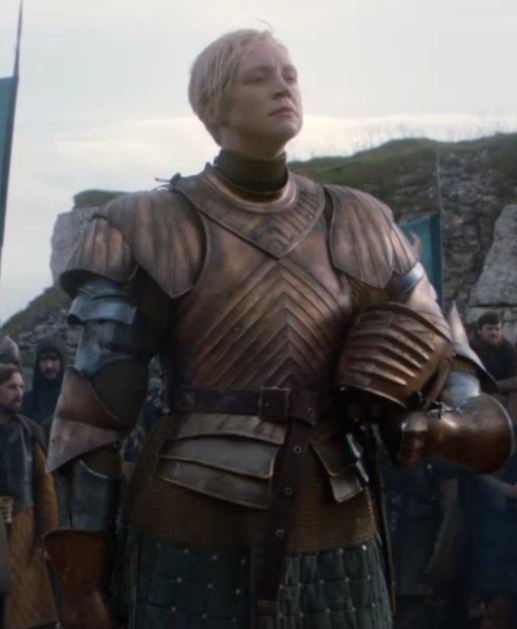 Poor Lommy is a friend of Arya’s who is killed by Polliver in season 2 after being shot in the leg by a crossbow, then stabbed. Arya eventually avenges Lommy’s death, by killing Polliver herself in season 4. 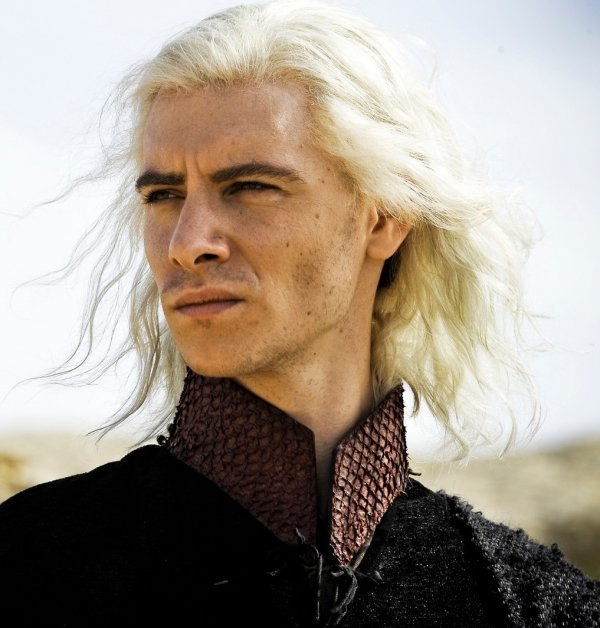 Viserys’ death was quick, shocking and violent, and it was surprising, even though he was not liked much at all. Viserys was Daenerys’ brother and he was killed by Khal Drogo, Dany’s husband, and his men in season 1. 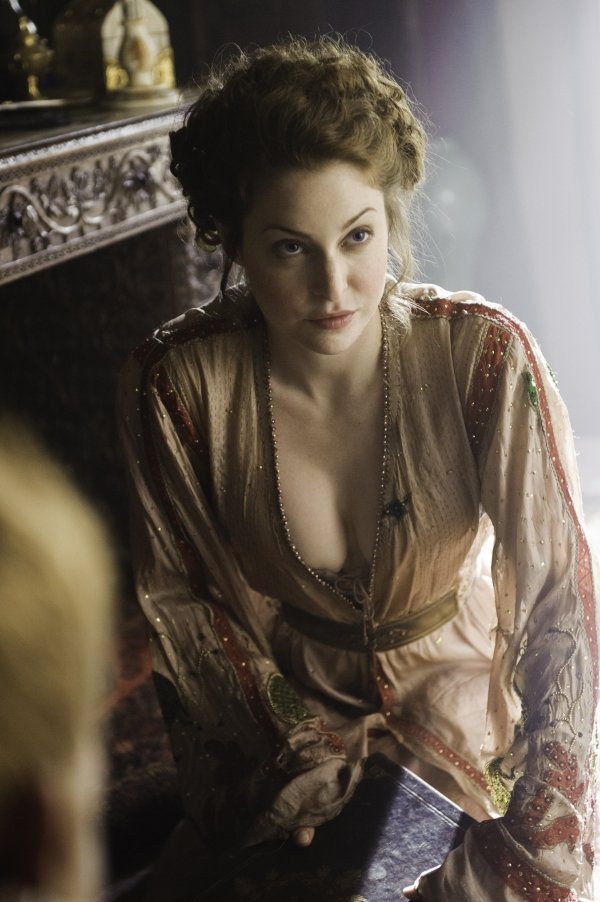 Everybody loved Ros - the smart and seductive prostitute we saw throughout season 1 and 2. She was eventually killed by Joffrey, however, who used her as target practise for his new bow and arrow in episode 6 of season 3. It is this death that teaches us just how heartless Joffrey really is. 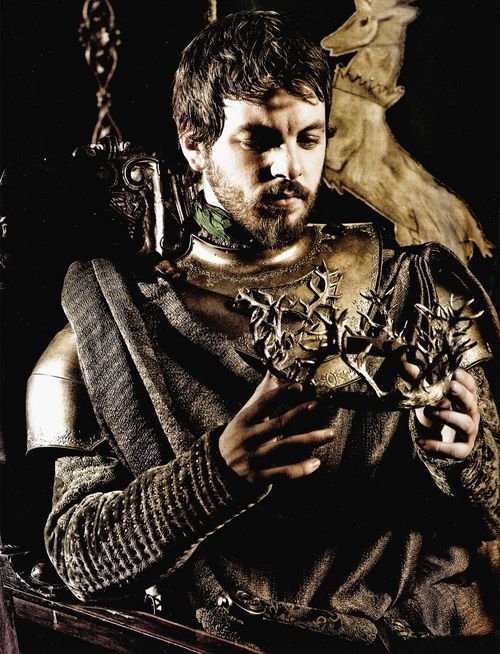 Renly Baratheon holds the crown for one of the most handsome kings I have ever seen! He was savvy and adorable, until he was shockingly killed by Melisandre’s shadow baby in season 2. I will miss that beard. 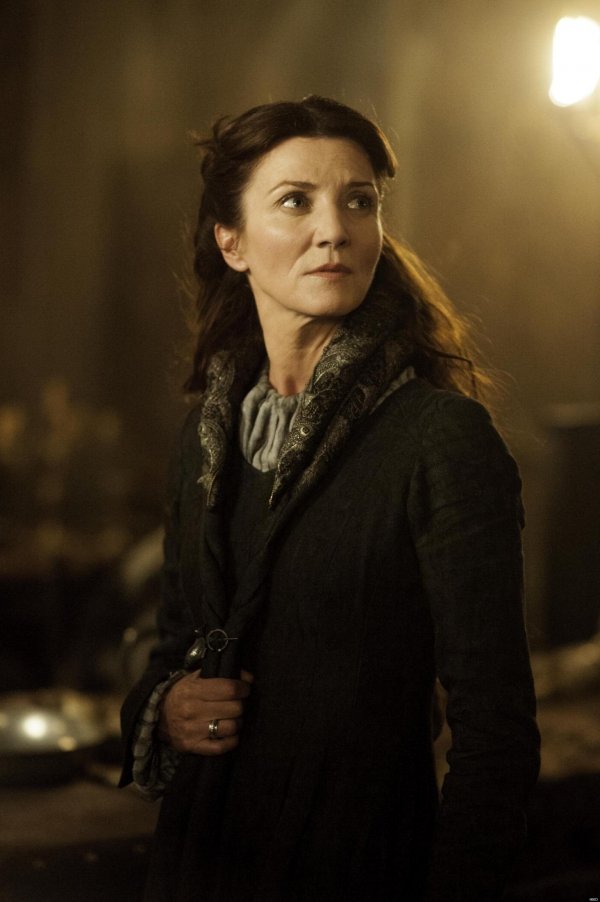 Talisa’s death marked the very start of the bloodshed that was the Red Wedding in episode 9 of season 3. Unfortunately this was a double tragedy, as Talisa was pregnant with hers and Robb’s first child. 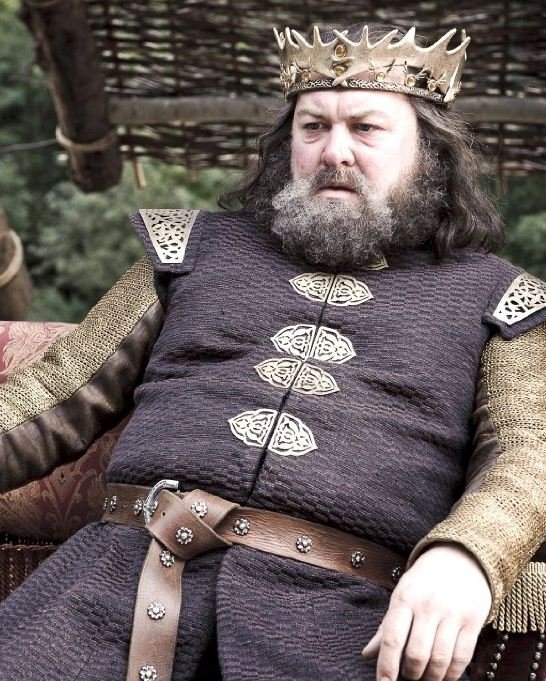 Many people can agree that King Robert Baratheon is (or was, should I say) a bit of a twit, and while his death may have been shocking, it was also fairly unexpected. Robert Baratheon was stabbed by a boar’s tusk while drunk in season 1. 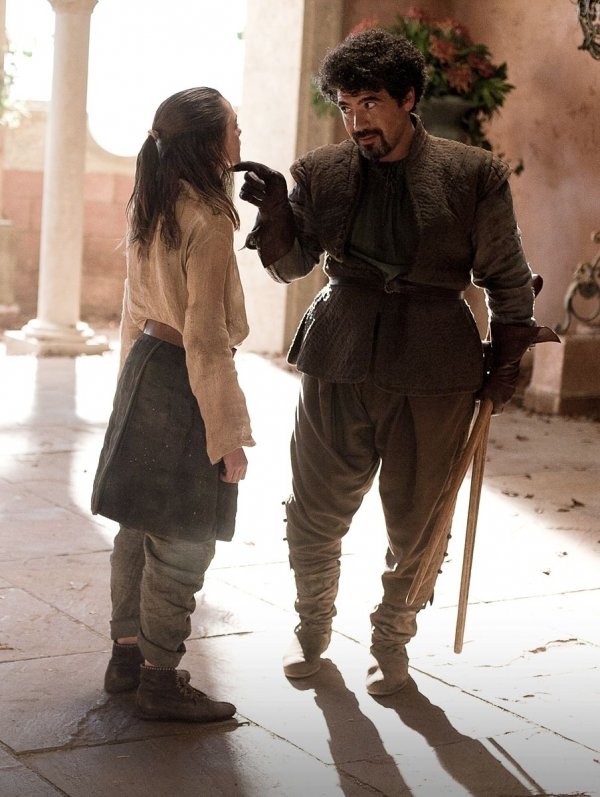 While we never actually witnessed the death of Syrio Forel, the swordsman who taught Arya how to fight, his death was tragic and upsetting all the same. There are, however, many theories that he is still alive, ready to reappear down the track. Who knows! 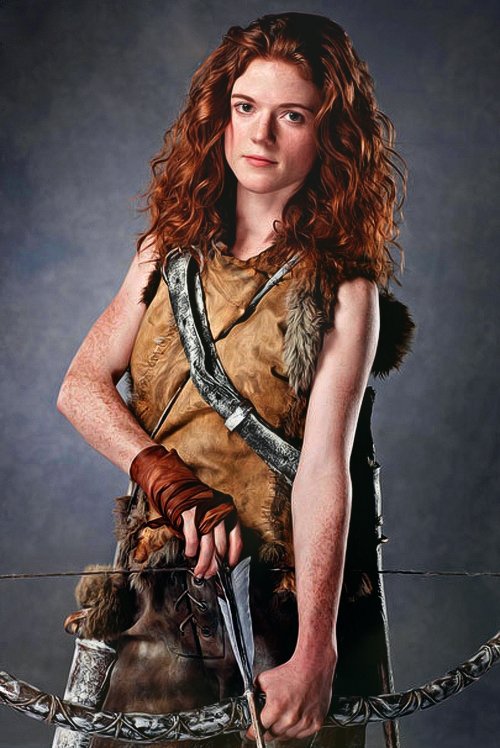 Whether you loved Ygritte or hated her, her death in episode 9 of season 4 was tragic, not only for the viewers, but most of all for Jon Snow, who was holding her at the time. Ygritte was shot in the back with an arrow. 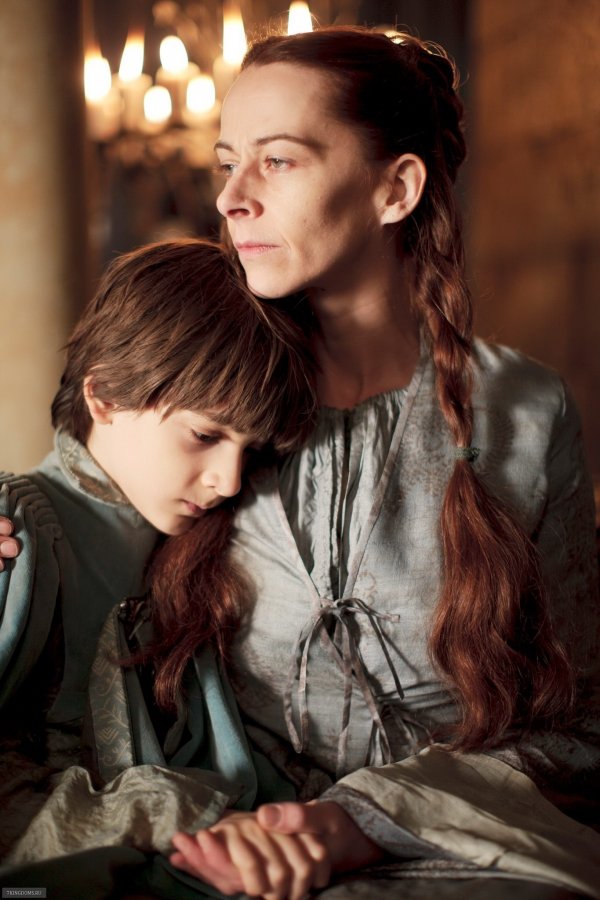 There is absolutely no doubt that Lysa Arryn, Catelyn Stark’s sister, was totally crazy, and this was really cemented after she tried to throw Sansa down the moon door. It was because of this that Lord Baelish, in turn, “made her fly” in season 4. 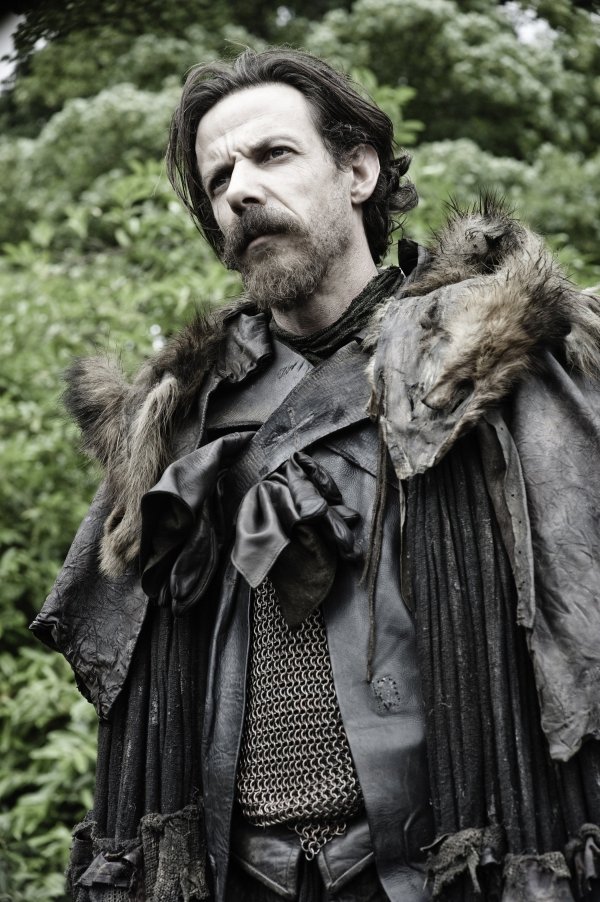 Locke betrayed Jon Snow terribly, and for that, his death was extremely dramatic. Locke was killed after Bran Stark took over Hodor’s body and broke his neck. 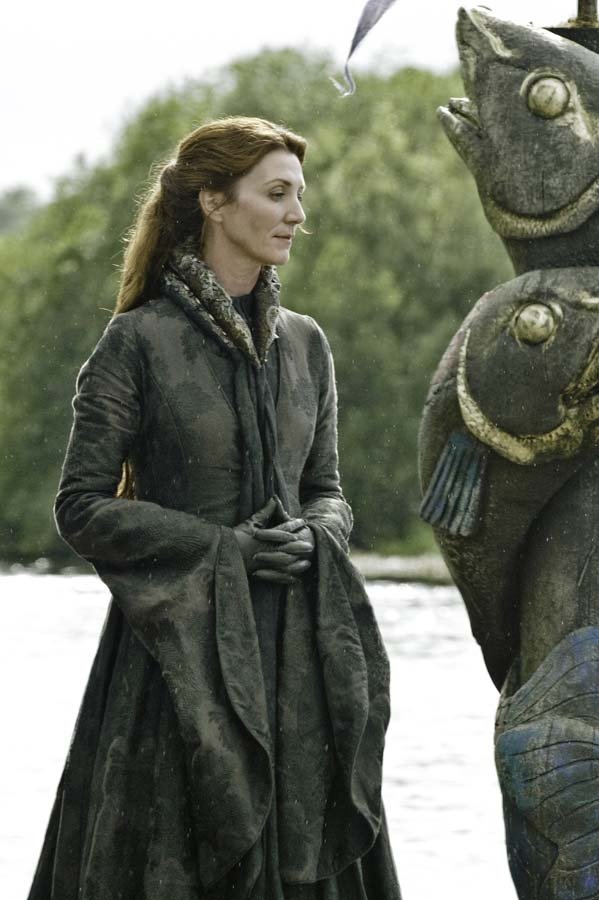 By the end of the Red Wedding, we were begging for Catelyn Stark’s death, only because she had to survive the turmoil of watching her beloved son, daughter-in-law and unborn grandchild die, extremely violently. Poor Catelyn died at the end of season 3.

Craster, the Wildling, was mean and disrespectful towards pretty much anyone he met. It is because of this hatred and disrespect that, eventually, he is killed by the Wildlings, who had grown sick of his tormenting. 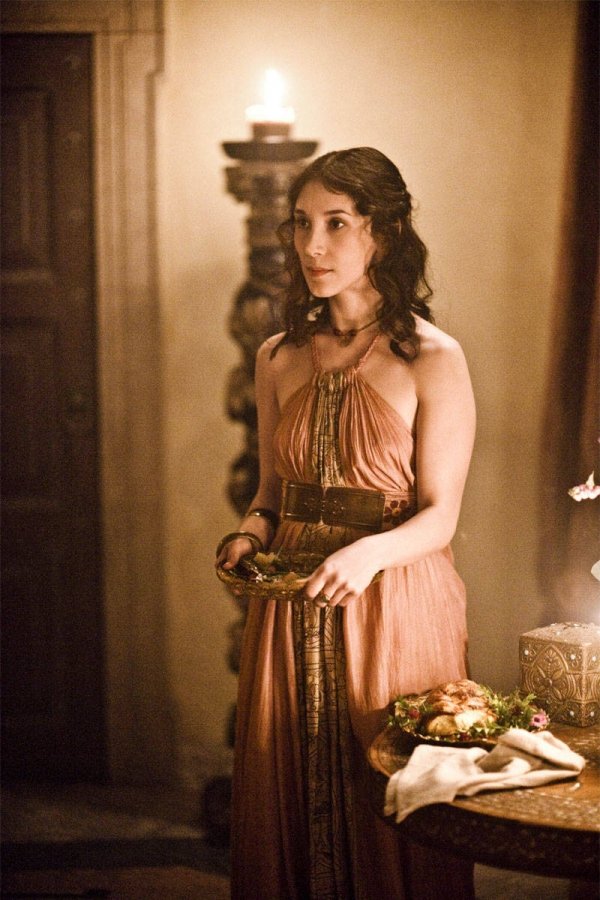 Shae broke our hearts when she acted so cruelly to Tyrion, who was really only trying to save her life. Even more horribly, it was Tyrion who killed her, choking her with a necklace after he found out she had been sleeping with his father. 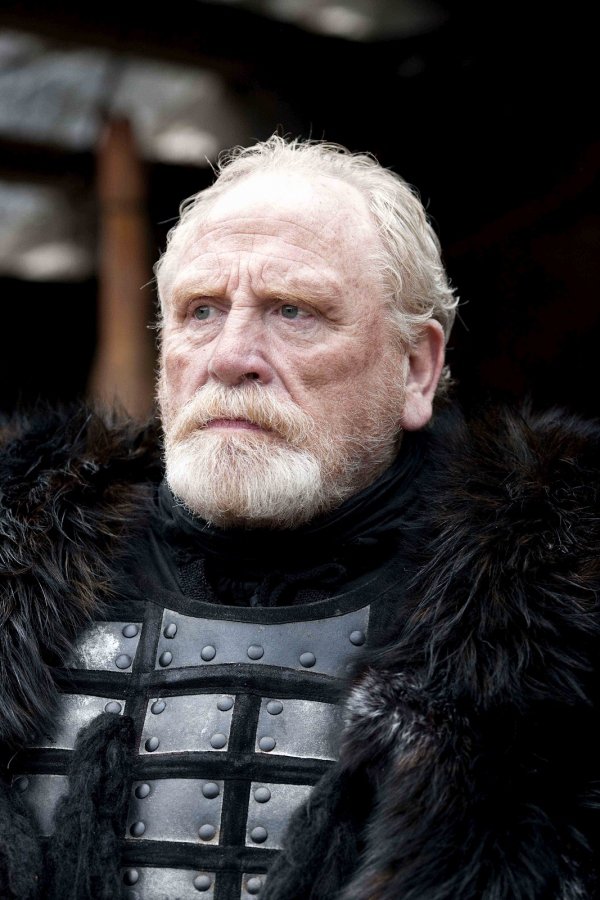 Jeor was a respected character, and his death came as quite a surprise to everyone watching. He was killed by Night’s watchman Rast, who quite literally stabbed him in the back. 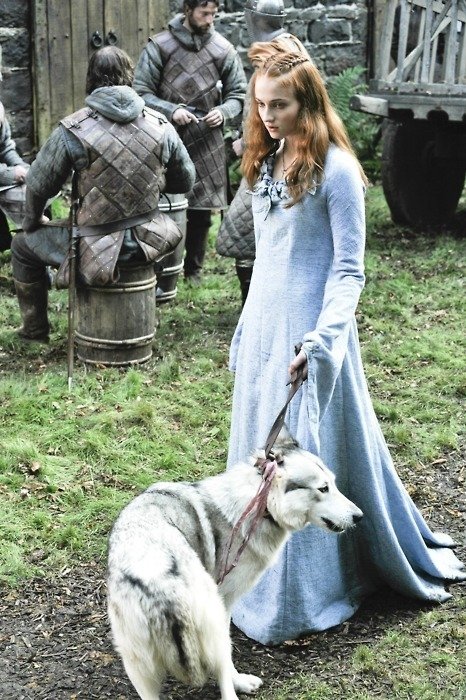 I’m sure there was a collective yell of “no!” when poor Lady was killed by Ned Stark early on in season 1, after she was sentenced to death by Robert Baratheon. Lady was Sansa’s beautiful Direwolf, and was the first of many deaths of loved ones for Sansa.

All of these deaths were either shocking, unexpected, sad, timely or scary, and sometimes all five! While these characters’ deaths were heartbreaking, they have served great purpose to the storyline, and I am certain that there are many more shocking deaths to come! Which death in Game of Thrones shocked you the most?