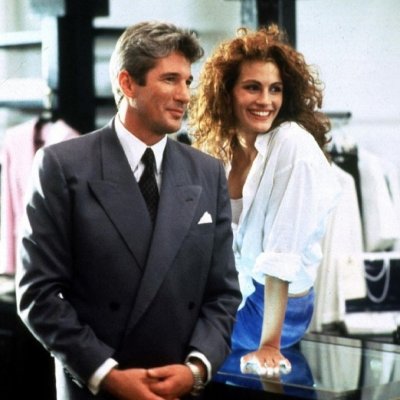 If you love romantic comedies and if Richard Gere and Julia Roberts are one of your favorite movie couples, then I’m sure that there are a lot of things you didn’t know about “Pretty Woman” that you can’t wait to find out. Pretty Woman is one of those modern classics that you have to see, if you haven’t already. It’s a modern day Cinderella story that launched the career of Julia Roberts and that quickly became one of the most popular and beloved movies out there. Here are 7 surprising things you didn’t know about “Pretty Woman” that I’m sure you’ll be very pleased to find out:

In my opinion, this is one of the most surprising things you didn’t know about “Pretty Woman”. This opposites attract story was supposed to be titled "$3000", which is precisely the amount Vivian was paid for her week with Edward. However, they thought that the title was confusing to the audience and once they got the rights to the song “Pretty Woman”, they changed it.

2. Julia’s Head Was Superimposed on the Body of Shelley Michelle for the Movie Poster

Yes, you’ve read it correctly, Julia Roberts’ head was superimposed on the body of famous body double Shelley Michelle for the movie poster. In the same poster, Richard Gere’s hair is brown but in the movie, it is actually grey. Well, that’s some photoshopping skills!

3. The Opera They Saw is Called “La Traviata”

The opera Edward and Vivian went to see in the movie is called “La Traviata” and it’s actually about a prostitute who falls in love with a wealthy man. Apparently, the original plan was to shoot the opera scene in San Francisco but an earthquake forced them to quickly relocate to the history museum at USC.

Did you know that the necklace scene wasn’t actually planned? Apparently, the day they were filming it, Julia wasn’t feeling well, so to make her laugh, Richard Gere shut the case and Julia’s laugh was a natural reaction. The filmmakers loved it so much that they decided to leave it in the movie.

In the movie, when Richard Gere was playing the piano just before the love scene that takes place on top of it, he was actually playing a piece that he composed himself.

6. Julia Roberts Was Not the First Choice for the Role of Vivian

One of the things most people don’t know about “Pretty Woman” is the fact that Julia Roberts was not the first choice to play Vivian. Actually, Meg Ryan was the filmmakers’ first choice but she turned down the role. Actually, many actresses were chosen before Julia, including Kim Basinger, Melanie Griffith, Sharon Stone, Michelle Pfeiffer, Heather Locklear, and Diane Lane. Also, Sandra Bullock, Kristin Davis and Sarah Jessica Parker were offered the role but they turned it down.

A very interesting fact about this movie is that the beautiful necklace that was used to shoot the scenes in which Edward gives it to Vivian as they head off to the opera was actually worth $250,000. The jewelry store sent a security guard to stand next to the director during filming.

“Pretty Woman” is one of those modern romantic comedies that everyone loves and that will make you appreciate the talented Julia Roberts even more. Do you know any other interesting things about this wonderful movie? Please share your thoughts with us in the comments section!