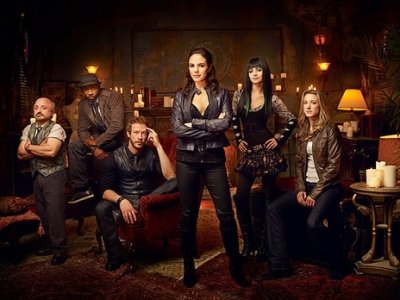 There are so many Syfy shows that people don't watch because of the stigma that Syfy has. If you don't watch any of these shows, then you're really missing out! Let's take a look at some of the Syfy shows that you need to start watching if you aren't already!

"Being Human" is a show about a werewolf, a vampire, and a ghost that are trying to live together and act as human as possible. It sounds like a strange concept, but it's a really great show. "Being Human" was originally a show in the UK, but they decided to create a US version with new actors and altered story lines. This show has a little bit of everything whether you're looking for drama, a good laugh or cry, romance, action, or eye candy! This is definitely one of the best Syfy shows on right now.