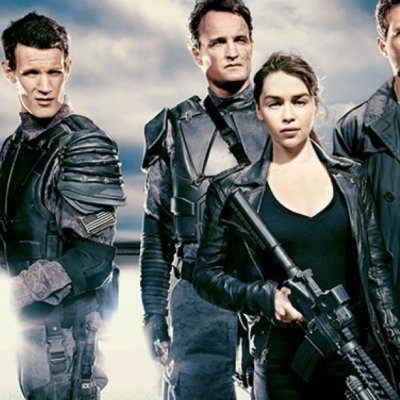 After months of anticipation, the new trailer for Terminator: Genisys has been released! It's the fifth installation in the sci-fi franchise and the trailer features Arnold Schwarzenegger reprising his iconic title role!

The movie, which is the first of three that Paramount has in the works, will also feature up-and-coming actors Jai Courtney (Kyle Reese) and Emilia Clarke (Sarah Connor). According to Entertainment Weekly's "Terminator: Genisys" cover story, there's a bit of a plot twist: At age 9, Sarah was orphaned by a Terminator. After that, she was raised by Schwarzenegger’s Terminator, whom she calls "Pops." He's programmed to guard her, not kill her.

Bonus: You can hear Schwarzenegger say THAT famous line at the end of the trailer. Terminator Genisys will be released on July 1, 2015. Will YOU be watching?!