7 Top Jonah Hill Movies You Will End up Loving ... 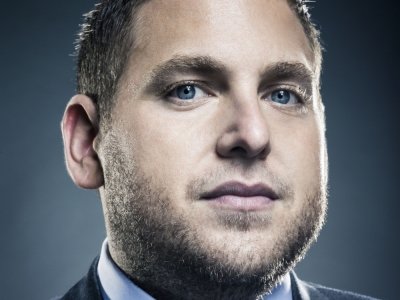 Personally I am a big fan of comedies and I especially enjoy most of the Jonah Hill movies. I find that every single movie that he takes part in becomes a huge success. His comedic attitude and ability to laugh at himself definitely show on screen. Jonah Hill is able to easily form chemistry with other actors and make his characters stand out. So if you are ready to put his acting skills to the test, here are 7 Jonah Hill movies to start with.

If you have a dirty sense of humor and don’t mind a few inappropriate references, you will definitely get a laugh from this movie. The story revolves around two high school outcasts, Seth and Evan, who decide to change their lives before they head off to college. However, with a few turns of events, things don’t quite pan out the way they want them to. Although this movie is mainly about getting girls, alcohol and drugs, it is also about friendship, self-identity and teenage innocence. It is one of the Jonah Hill movies worth watching!

Jonah Hill has a pattern of appearing in hilarious comedies that don’t hold back. This is no exception! Alongside Channing Tatum, Jonah Hill starred in the remake of 21 Jump Street with a modern twist. The story revolves around two undercover cops who pose as teenagers in order to bust the drug dealing chain between the students. It is a wild comedy with incredibly funny characters. Moreover, there is also a sequel coming out in the near future, so catch up on this movie before the new one is out!

3 This is the End

This Is the End is an incredibly entertaining comedy that came out at an appropriate time when we supposedly were going to experience the end of the world ourselves. It is a clever idea to sort of poke fun at some of the outrageous things some people tend to believe in. The whole movie is about six actors who actually played themselves, who try to survive a series of strange and catastrophic events. As if the movie itself wasn’t enough of a treat, there are actually plenty of other hilarious cameos with celebrities you would never expect.

4 The Wolf of Wall Street

The Wolf of Wall Street is definitely an adult movie with a lot of graphic content. Nonetheless, it is a great movie with outstanding acting and storyline. I think that it is rare for so many talented actors, such as Leonardo Dicaprio and Jonah Hill, to come together to form one hell of a movie. This gem, based on a true story, is beautifully written, acted and directed.

When it comes to college, not everyone succeeds at getting accepted where they want to go and not everyone succeeds at getting into a college at all. This comedy captures this idea and tells the story of a high school slacker who creates his own learning institution after getting rejected by every college. It is a quirky young adult comedy that is entertaining and inventive.

Forgetting Sarah Marshall is about a heartbroken man who goes on a vacation to heal his heart after a breakup, only to find out that his ex-girlfriend is staying at the same resort with her new hot boyfriend. This movie has an easygoing storyline that is fun to watch with lots of good one-liners and perfectly crafted characters.

Although there is definitely lack of Jonah Hill scenes in Funny People, it is a great movie that has the perfect balance between being funny and tragic. The storyline is witty and heart-warming with a very important and thoughtful message in the end. This movie is about a comic superstar who has been diagnosed with a very rare blood disorder that will likely kill him in a year. He decides to go back to stand-up comedy as he hasn’t done it in years and becomes a mentor to an aspiring comedian.

Jonah Hill doesn’t seem to take on just any movies. It is as if he already knows what has potential and what doesn’t. What are your favorite Jonah Hill movies?