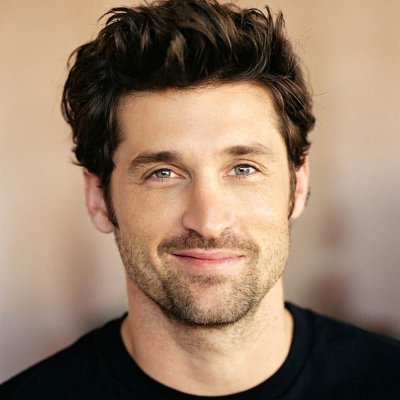 We become so invested in our favorite TV shows that when a character leaves or is killed off, we are devastated. It takes us a good few episodes to get over the loss (if ever we do) or until there’s a new character introduced that fills the hole in our TV heart. Over the years some major characters have departed TV terra firma to go to the firmament of stars past. Let’s be reminded of them.

Grey’s Anatomy loves nothing better than to break our hearts, but with so many to choose from and after all we’ve been through, Derek’s death still tears me up the most!

2. Will Gardner – the Good Wife

We all knew that Will and Alicia were meant to be together from day one, and that made his tragic death even harder to swallow.

For a show about a serial killer that contained a whole heap of death, we were still utterly heartbroken when the tragedy found its way in to Dexter’s own family!

Sweets was an adorable, helpful doofus and he was an irreplaceable part of the team at the Jeffersonian. I still miss him.

Moira’s death has to be the saddest, most heart-breaking in the entire show, and is the high point (in a good way) of the best season in my opinion.

Montgomery had Beckett’s back from day one, and to see him die protecting her was a poetic yet heart-breaking way to say goodbye to the character.

Just when we thought everything had finally fallen in to place for Mary and Matthew, tragedy struck and turned everything back on its head again!

What made Tara’s death scene even more emotional was seeing such a tough guy like Jax break down completely. Truly heart-wrenching.

Bones strikes once again with a sad, wasteful death! Vincent Nigel-Murray and Bones had a real geeky connection and it was so sad to see that connection die.

Finn’s death came way too soon in this great series. None of us were prepared for it to happen at all!

Whether you loved her or you hated her, you can’t deny that Marissa’s death on The O.C. was something of a guy punch. She was an important and controversial character.

Game Of Thrones has literally changed the game when it comes to heart-breaking deaths on TV. We daren’t get attached to any characters, because we know what’s going to happen!

This one was super tough to take; Leslie Shay was pretty much everybody’s favorite character on Chicago Fire!

Even though she’s currently tearing it up on Empire, we were all devastated when Taraji P. Henson made her exit from Person Of Interest!

I sometimes find it hard to keep track of the storylines in Once Upon A Time, but the emotion of Neal’s sacrificial death was definitely not lost on me!

Bill’s death at the hands of Sookie was so bittersweet, wrenching to watch and accompanied by a great score!

Poor old Hershel. It was so sad to see one the show’s most beloved characters meet such a horrible end.

Daniel definitely had to do a lot of character rebuilding to get us to like him again, but it must have worked because I was crushed when he died!

Just when I thought the Zoe was going to play a huge role in House Of Cards season two, Frank had some very different thoughts and pushed her in front of a damn train!

Arguably the TV death to end all TV deaths, only book readers could have possibly seen this coming. Ned was the show’s main character, how could he have been killed in season one?

Charlie’s character went from self obsessed and unlikable in the beginning to a heroic sacrificial lamb at the end. This scene is so sad!

I still can’t believe the chaos of Breaking Bad’s final season; poor Hank was a great cop and didn’t deserve to get wrapped up in Walt’s madness.

It was devastating to see Buffy come down the stairs and find her mother like that. It was such an unexpected twist for the show to take.

Nate’s death was one of the more original deaths on TV, with a weird hallucination to boot. It was still super sad though.

This one was made even more poignant by the real life death of actor John Ritter. It completely shocked everyone and it was such a hard and emotional thing to watch the episode that dealt with his death.

Which TV deaths do you mourn the most?