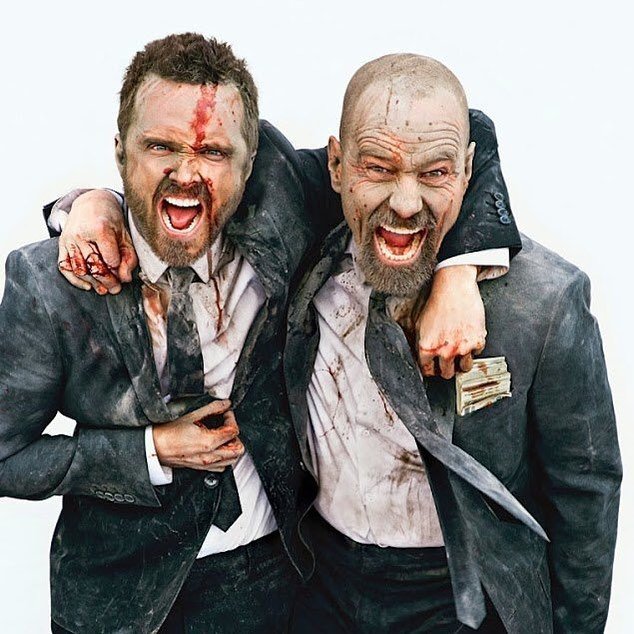 There are so many TV shows turning 10 in 2018! As I’ve posted movies that are turning ten this year as well as films turning twenty, I am continuing this theme by sharing television shows that are turning ten this year in 2018. For a show to be considered, it must have started in 2008 whether it has ended or it is still ongoing right now. Also, the show must be well-known and possibly seen by most. It may be surprising to realize some of these shows are a decade old, as some of them still feel recent. Please read on and continue your trip down memory lane with some great TV shows turning 10 in 2018.

For a while, whenever anyone saw Bryan Cranston, they immediately saw Hal from Malcolm in the Middle. That perspective definitely shifted when the actor starred in this spectacular show as Walter White aka Heisenberg.

AMC brought audiences into the lives of the outlaw motorcycle club, exploring corruption and the extent of loyalty.

This show was one of many forms of media that sent the US into a vampire craze along with Twilight the same year and Vampire Diaries the following.

As there are many crime shows, The Mentalist created an interesting twist to the genre by having a psychic with keen observational skills help detectives track down the bad guys.

Fringe was a favorite amongst people who were yearning for a show that was similar to other popular Sci-Fi shows such as X-Files and The Twilight Zone but still something different.

youtube.com
Hardcore Star Wars fans who couldn’t get enough from the films have this show to turn to in order to satisfy their need for the force.

Being the fourth series in the Beverly Hills, 90210 franchise, it was clear that audiences were not getting enough teen drama from L.A.

Before starring in the Divergent series and The Fault in Our Stars, Shailene Woodley starred in many television shows with The Secret Life of the American Teenager being her most notable role. The 26-year-old actress was 16 at the beginning of the show.

There are many paranormal investigative shows but Ghost Adventures stands out from the bunch as it has gained more popularity compared to other shows and has won some awards.

As with any show about food, this particular series made you hungry and curious for certain foods across America. On a personal note, it was through this show where I discovered one of my favorite ice cream places.

With the list done, it is expected that a list of shows that are turning twenty will appear soon. Get ready for some nostalgia.