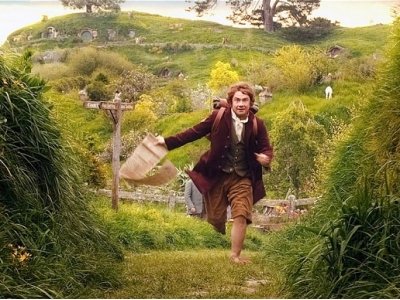 I can’t believe how many upcoming sequels and prequels will be released in 2014! I remember years ago my English teacher said there’s no such thing as original movies anymore... everything is either a remake, an adaptation of a book, or a sequel. I hope he’s wrong because we all love an original script or movie. However, prequels are a great way to extend a story line and continue a saga. If you’re someone who loves a good series, here’s a few of 2014’s upcoming sequels and prequels!

One of the upcoming sequels and prequels of 2014 that I’m excited for is 300: Rise of an Empire! The first movie, simply titled 300, was released in 2006. 300 was an action/fantasy movie set in Ancient Greece during the year 480 BC and tells the story of the Battle of Thermopylae. It was well told and was well-received. However, my favourite part of the movie were the imagery and graphics. On a side note, many of the original cast are returning in Rise of an Empire.

One of the most iconic and classic movies The Wizard of Oz, starring legendary Judy Garland, was released in 1939 (a version was released previously in 1925 with a different cast but it did not review as well as the 1939 version). The fantasy/adventure movie is well known around the world and Hollywood producers have tried to mimic the magic since. In 2013, Oz the Great and Powerful, starring James Franco as the Wizard, garnered much attention but failed to live up to standards. In another attempt at the franchise, Hollywood will be releasing the animation Legends of Oz: Dorothy’s Return.

The first X-men movie was released in 2000. Since then, the franchise has lived a long and fruitful run with 5 more movies. Later on this year, the series will be releasing a seventh movie called X-Men: Days of Future Past. For all the die hard X-Men fans, this movie will be perfect for you because the plot line will involve cast from both the original trilogy as well as their “younger” selves which we met in the movie X-Men: First Class. X-Men: Days of Future hasn't even been released yet but you can expect yet another prequel in 2016 called X-Men: Apocalypse.

21 Jump Street, released in 2012, already has a sequel due to release in June. The first film was about a cop-duo who weren’t the sharpest knives in the drawer. Strangely enough, even though they are less than qualified, the pair is sent to a high school on an undercover assignment where they must find the dealers and suppliers of a new drug being distributed throughout the school. The film is actually inspired by the 1987 TV Series 21 Jump Street which starred a young Johnny Depp. It’s no surprise, however that there is a sequel to 21 Jump Street as a part two was hinted at during the ending of the first movie.

Sin City is based on the comic series Sin City by Frank Miller. This is the sequel I am most excited for! Sin City was a crime-thriller released in 2005 with a stacked A-list cast including Mickey Rourke, Bruce Willis, Jessica Alba, Brittany Murphy, and more... The movie is very dark, gritty and grim and tells the story of corrupt cops, mobsters and crooks. The second film will have the same feel plus a lot of the cast from the original film will be returning.

Another movie that was released not too long ago, Horrible Bosses was a comedy released in 2011 starring A-list actors such as Jason Bateman, Kevin Spacey and Jennifer Aniston. The original movie was about three friends who hate their bosses so much that they plan to kill one another’s bosses to rid themselves of grief. The second movie, Horrible Bosses 2, will have much of the same cast plus new additions like Chris Pine and Christoph Waltz.

7 The Hobbit: There and Back Again, December 17

I personally never got in to The Hobbit franchise. However, I have heard very good things about this adventure/fantasy series. Although the movie is being released at the end of 2014, the novel The Hobbit, or There and Back Again was published in September 1937. The book was critically acclaimed so let’s hope that the movie lives up to high standards set by the book before it.