7 Upcoming Sequels That Deserve Your Excitement ... 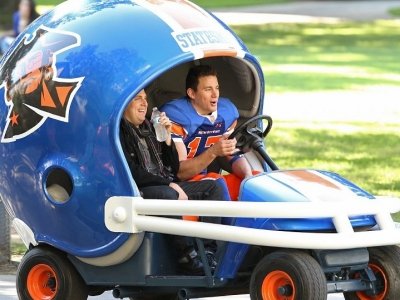 Most of the time, the second movie isn’t as good as the first, but there are upcoming sequels that might squash that idea. If you loved the first film, the next could be even better. Don’t doubt the film industry’s ability to create a great story. If you’re itching to head to the movie theater, here are some upcoming sequels you have to see:

If you haven’t seen 21 Jump Street yet, you’re missing out on tons of laughter. Jonah Hill and Channing Tatum play best friends and undercover cops. In the first film, they took out a drug ring, and now they’re back again. This is one of the upcoming sequels that is guaranteed to delight you. Even if it’s disappointing, at least we have Channing to gawk at.

Andrew Garfield and Emma Stone make this movie worth watching. Since they’re a couple in real life, their chemistry on screen is off the charts. The second film will include Harry and Norman Osborn, along with multiple villains. Will Spider-Man be able to defeat them and save the city? Of course he will, but that doesn’t mean you shouldn’t watch to find out how!

3 How to Train Your Dragon 2

Didn’t you adore this animated movie the first time around? It contained adventure, laughs, and love. It was made for children, but adults liked it just as much as their kids did. The sequel is sure to have an equally compelling story line and lots of humorous moments, since Kristin Wiig voices the main character. Any movie with Wiig is worth the watch.

If you’re a fan of celebrities in general, you’ll love this cameo filled film. Tom Hiddleston, Lady Gaga, Tina Fey, Ty Burrell, and Ricky Gervais all contribute to the story. It takes place after an evil frog pretends that he is Kermit, and the real Kermit gets in trouble for his doppelganger’s evil ways. This is another kids' film that adults will still be entertained by. I mean, how could anyone resist the Muppets?

Keeping with the kid’s theme, here’s another animated movie. Blu and Jewel, now a couple, have to survive in the Amazon with their three children. They have trouble fitting in at their new home, so chaos ensues. Will they learn to live in the wild or find a way out of the jungle?

The first film made millions of dollars and set records around the world. It’s no surprise that the creators would want to make a sequel to see if they have the same luck again. Everyone’s sure to rush to the theaters to see if lightening strikes twice. Just don’t be too eager, because you have a while to wait. This film isn’t set to be released until 2016.

7 Dawn of the Planet of the Apes

The apes are back in the next installment of the Planet of the Apes films. The last movie, starring James Franco, came out in 2011. An ape named Caesar was the lead ape in that film, and he continues his role in this one. He is the leader of his species, which tries to destroy humankind. It’s a war between human and animal.

Sequels can be disappointing, but you never know until you see them. Are you excited about any upcoming films? Which one of the movies on this list do you want to see the most?