A Day in the Life of- Working in the Film Industry ... 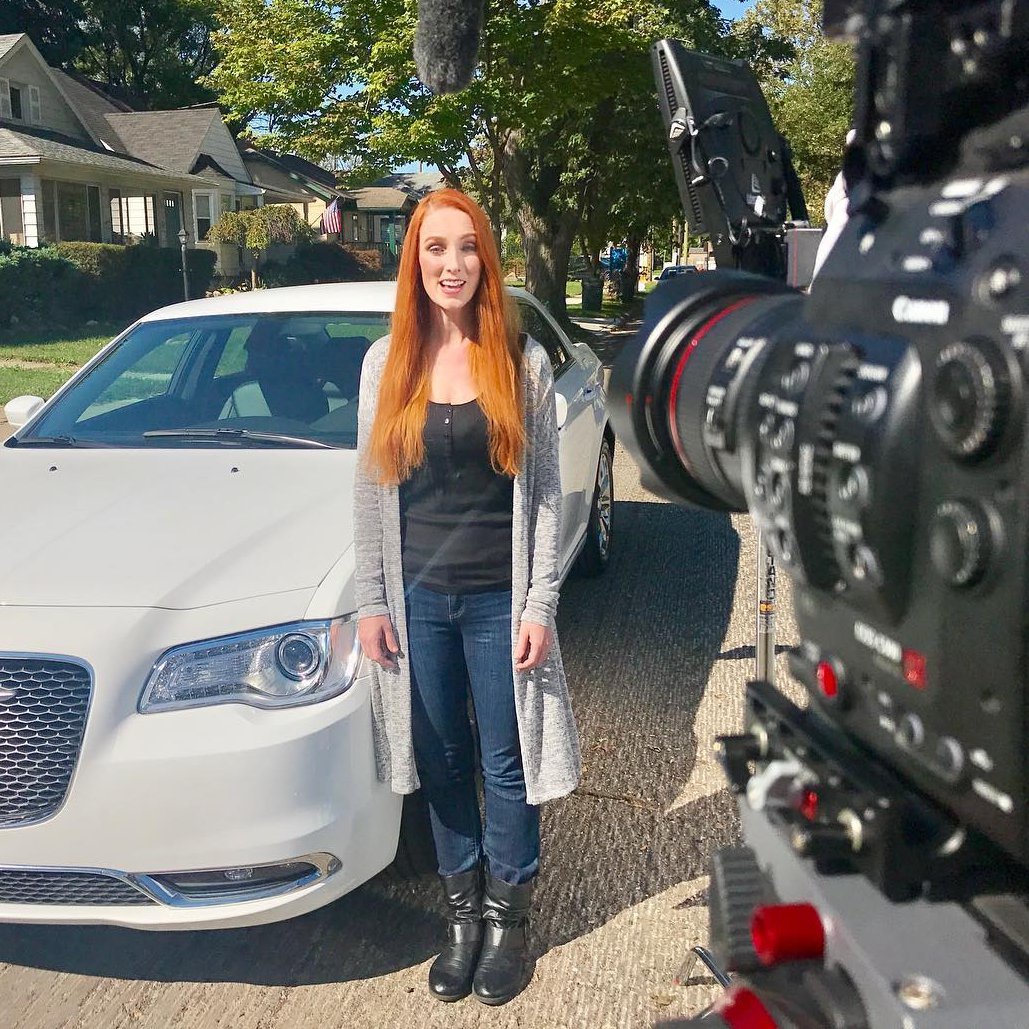 Working in the film industry can be both really hard and really rewarding.

During my final semester in college, I had decided to part ways with the film and television courses and take up random classes, as a way to “throw off” my schedule. Besides, I was to work at the film production office, Mandalay Pictures (Dark Places, The Voices, Soul Surfer, Blue Crush), for the next three months, living part-time in the Inland Empire and the other in Los Angeles, crashing in the guest room of a family friend’s house. The commute was horrible, so it was always nice to sleep in and only leave an hour or thirty minutes before work; whereas, I was up and about, anywhere from, four to five hours prior to going into the studio or office. Such is the life of working in the film industry.

I had learned a lot during my time as a script reader/administrative assistant/randomly grabbing a pack of Parliament cigarettes at the store that one time. It was fun, educational, and certainly stressful a lot of the times. Especially when it came to the release of any of the producers’ work. Those were the times when they became what everyone hears of people in the Entertainment field—crazy, drunk, and even throwing items across the room.

Where do I start?

On my first day, I felt prepared because it was my second job working in a film production office. In other words, I was expecting different personalities both inside and outside of the office.

Man, was I right!

A lot can happen within a 9am-5pm job in a film office, including one time when an assistant spilled her cup of coffee in front of us, laughing because it was spiked with vodka. Another classic moment was when a producer threw what sounded like a telephone across his office after getting off the phone with the SAG-AFTRA office, something about one of the actors not receiving full payment for a film that was recently wrapped because she is Canadian.

Upon my arrival, the HR coordinator found me first and immediately took me on a tour of the floor, which was jointly shared with an IT company (it was always a fuss of who and who could not use the bathroom). My first day was pretty much dedicated to a meet and greet with everyone, trying to remember names and their faces, as well as their job position. An embarrassing moment was mistaking one of the producers' assistants as an intern because she looked so young.

It was certainly an FML moment.

I spent two days a week reading scripts, filing paperwork (or shredding, which took hours sometimes because of the room that was piled with top-secret bills that were to never see daylight again), and even surfing the web. Whenever there was down time, which was A LOT since my position was to take over leftovers from the assistants to producers, I browsed through the trades from Variety, Hollywood Reporter, and IMDb to keep up to date on the hottest up-and-comers or which films were succeeding or tanking at the box offices.

Script coverage, which is providing feedback on screenplays that were sent in from different agents and managers of both unknown and established writers, was not bad at all. Except for the times when an assistant to a producer would drop off two or three scripts on my desk, asking if I could give them a “yay” or “nay” so they could tell their bosses if the story was worth pursuing. Many of them were not—I had only recommended two out of the stacks of screenplays I read.

I always thought it was a bit unfair too, how the “yes” and “pass” was dependent on myself and others in my department because everyone has different tastes and preferences when it comes to entertainment and movies.

Truth be told, the assistants wanted their weekends free, so reading a script or multiple of scripts on their off-time was dreaded, especially when I had recommended a romantic comedy to them on a Friday evening.

The absolute worst job tasks of my time there as a script reader/administrative assistant/randomly grabbing a pack of Parliament cigarettes at the store that one time was desk coverage for an assistant. Why? Because I hate answering my own phone, let alone multiple calls and trying to transfer those incoming to the producers. I had realized my hatred for it after agreeing to cover the desk of one of the assistants one Friday because she was playing hooky for the day. The phone rang and rang, and I had even accidentally hung up twice on the CEO of the company while failing miserably to transfer his phone call to someone over in Europe.

I probably cried in the bathroom later for that.

That was also the last time I was asked to cover her or an assistant’s desk in general.

But the upside of working in a film production office was becoming a fly on the wall and getting a sneak peek at a variety of upcoming projects, involving the early stage script draft of the remake of Alfred Hitchcock’s “The Birds” and an early film cut of Gillian Flynn’s book adaptation, “Dark Places.”

I sort of realized how even working in a film office has an impact on a film after the entire office was invited to an early screening of “When the Game Stands Tall.” It was my first time on the Sony lot, before the email hacks had occurred, and only the company and cast and crew were present. I remember nudging one of my co-workers, “Hey, isn’t that Cato from ‘The Hunger Games’ over there?”

By month three, I had missed being on set, seeing films and television come to life there, rather than in the office at a desk. I bid farewell to Mandalay Pictures about two weeks before graduating college, fortunate to be leaving with the experience of having a one-on-one talk with everyone from the assistants and the producers. Something I still hold until this day is their support and two cents with pursuing the entertainment field and writing in general—keep doing it, no matter what.