7 Lessons from Twilight We Should All Learn ... 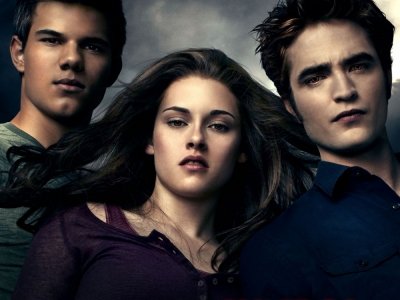 There are actually a lot of lessons from Twilight we could all learn from, most of them less obvious than what you think! It’s not all just about holding out for your undying love and falling in to a pit of depression (ahem, we’re looking at you Bella Swan), but lessons of life, family, and compassion. So brace yourselves for 7 lessons from Twilight we should all learn.

One of the biggest lessons from Twilight we should all walk away with is just how important family is. Every family that’s in the novels shows this. The Cullen’s really made their own family, and the second Edward declared his love for Bella, the rest of the hotter-than-heck vampire clan accepted her just the same. They protected her, watched out for her family, and took on her troubles as well. Jacob did the same with his family too, because when the pack called, he was there.

Vampires can’t resist blood; this is a widely known fact. So imagine my surprise when the doctor who tends to Bella is Carlisle Cullen. Yes, I was originally just blinded by how good-looking he was. Then I realized that it’s pretty darn incredible that a vampire, who can’t resist blood, somehow trained himself not only to stand it, but to be constantly around it. He conquered his fear and turned it into something incredible. Without his help, Bella probably never would have made it through her crazy, half human half vampire pregnancy. Conquering your fears is definitely one of the lessons from Twilight we should all pay attention to!

This one does fall into the category of undying love, but in a little bit less sappier kind of way. Of all the lessons from Twilight we should learn, this one is probably the one that has been taken way out of context by many a youngster. Bella and Edward is the obvious story, but let’s not forget about the other, less obvious examples. Jacob relentlessly followed his heart with Bella and Rosalie felt the same way when advising Bella on keeping her child (even though her being a tad bit selfish was also part of it). So go on, listen to your heart and see where it takes you.

We can all agree on one thing right? The fact that Bella did look ten times better as a vampire, and that if she had just listened to Alice every once in a while and wore heels and tidier clothes when she was a human, we wouldn’t have to wait for a near-death experience to transform our protagonist. Lessons from Twilight learned on makeovers: dually noted!

5 Don’t Lead People on, Ever

I don’t know about you, but one of the biggest things that pissed me off about this series was how Bella led Jacob on throughout. One of the lessons from Twilight we should all learn, and commit to memory is to never lead anyone on, ever. Not only was Jacob her best friend, he was also her confidante and the one person who she knew had feelings for her. So instead of thinking about his feelings and what she was doing to him, she kept him around just long enough to keep her mind preoccupied. The argument can be made that it was a little more complicated than that, but nonetheless, this is still an important lesson to remember!

6 Leave Your Ego at the Door

Why do I say this is one of the lessons from Twilight we should actually learn from? Because think about it – if Edward didn’t have such an ego and say that him being in the same town as Bella and loving her ever so greatly was the cause of the Volturi hunting her down, she never would have gone into a depression. Then the whole story can pan out in 2 books and there wouldn’t have to be any needless drama in between. Edward claimed that he loved her so much, he had to protect her by leaving her. Well Edward, how do you protect someone from hundreds of miles away? And the Volturi were after her because she’s a human who knows of their existence, so wouldn’t you being in the same town as her kind of help? Just saying.

7 Exercise is Good for Your Body

Yes, that’s right. You’d never think that exercising is one of the lessons from Twilight you should learn and adapt did you? Think about it, everyone is so fit. They play baseball; go running on the beach, ride motorcycles, the list of active activities is all over the place! How else do you think they all stay in such good shape? So go get some fresh air, play your favourite sport, and get moving! No one has ever seen a slow and sluggish vampire!

There are some lessons you never thought you’d learn from Twilight! This series is loved by so many people, yet has so much hate at the same time. At the end of the day, it’s a series that has lessons of love, understanding, and family that we can all learn a little something from. At the end of the day, if we still haven’t learned anything from this series, we can at least learn to appreciate what a flawless American accent Robert Pattinson has. So, what lessons have you learned from this series?