7 Memorable Prom Dresses in the Movies ... 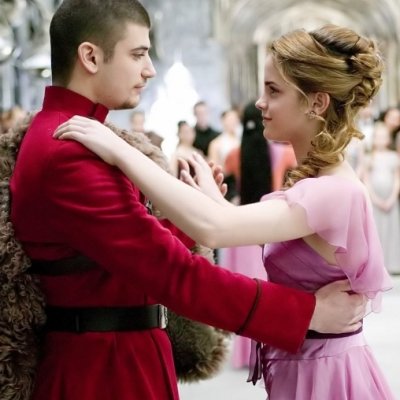 There are very few girls I imagine who would ever want to emulate Andie’s dress. Pretty in Pink was a such a movie of its generation and the dress clearly dates it. It is also not every girl’s dream to have to make their own dress from secondhand cast offs and cut offs from thrift sores. But whatever you may think of it, the one thing you can say is that Andie’s dress is it is definitely one of the most unique movie prom dresses and she wore it with pride and aplomb.

The prom dress worn by Sarah Michelle Geller in the Buffy series was perfectly gorgeous and not stand-out at all. The prom dress worn by Buffy (Kristy Swanson) in the movie however, is a different story. Was it a prom dress or a wedding dress? The lace concoction certainly had enough whiff of “meringue” about it to make you think she was walking down the aisle rather than on her way to battle vampires who gatecrashed prom.

Who would have guessed that someone looking like an angel could turn demonic and set prom night alight, flambeing an entire student body just because someone got a stain on her dress. Well let’s be fair. The stain was a bucket of pig’s blood and her prom-going classmates had hardly been that nice to Carrie previously had they? Still, before she decided to fry them to a crisp, Carrie looked gorgeous in a long silky, shimmering dress with matching wrap.

4 Hermione Granger – Harry Potter and the Goblet of Fire

More witchcraft now! The Yule Ball during the Tri-wizard Tournament is the closest the Hogwarts students were ever going to get to prom. When Hermione Granger made her entrance, it was a true catch-your-breath moment. Gone was the bushy hair, banished to the back of the closet were the frumpy jumpers and clumpy shoes. Instead was a floaty pinky-lilac number, a pair of killer matching heels and an elegant updo. Was this a glimpse into the future gorgeous stylings of Miss Emma Watson – I think so!

5 Laney Boggs – She’s All That

As Laney Boggs, Rachael Leigh Cook simply underlines what every girl knows – you can never go wrong with a simple LBD. Stunning and shimmering with sequins, Laney’s black dress proves she's all that and always had what it takes to make heads turn. An LBD makes a women’s natural beauty shine!

“The only thing that separates us from the animals is our ability to accessorize” So says Clairee Belcher in Steel Magnolias. The next of my movie prom dresses proves that to be oh so true. For the Reagan High School Prom, Courtney (Rose McGowan) chooses a simplistic sheer chiffon tube over a strapless chemise, but what really nails the look is the matching silver accessories – tiara-style headpiece, shimmering silver wrap, strappy silver sandals and of course, silver eye shadow.

If you want to break the mold and eschew the favored girly-girl prom dress, you can find no better inspiration than Janis Ian in Mean Girls. While Cady Heron conquers her nerves to turn up in her mathletes uniform and varsity jacket, Janis Ian (Lizzy Caplan) has already stolen the show in her eggplant-colored tuxedo. Even that aficionado of “women wearing menswear”, Diane Keaton/Annie Hall, would never have dreamed of this!

It may look really outdated now but Josie Geller's prom dress was pure '80s. although today's prom queen would probably think she looks like a turkey dressed for the oven, when you think about it, the metallic sheen, ruffles and exaggerated sleeves, it could actually fit very nicely in the Yves St. Laurent collection from Winter 2016.

9 Bianca Stratford - 10 Things I Hate about You

While Katarina sports a slinky number with spaghetti straps, Bianca decides to add some edge and a bit of daring with a ballerina-inspired dress that is actually a two piece - a crop top and tulle skirt. She always was the most stylish of the Stratford sisters anyway and the way she accessorized the dress and wore a messy updo proves it.

m dresses may be the limit of where girls can take their own ideas but what would a movie prom be without memorable outfits? Do/did any of these inspire your own prom dress? Or maybe you have some other favorite prom dresses in the movies? Do tell!