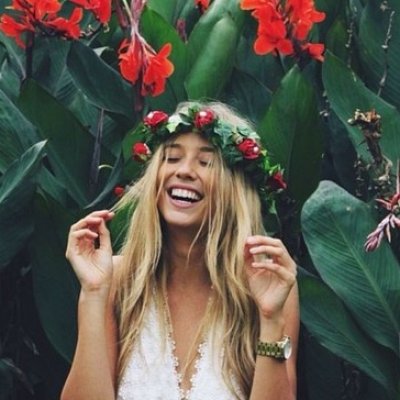 Are you a fan of musical comedies? This mix of songs and humor was particularly popular in the Forties and Fifties, with stars like Fred Astaire, Gene Kelly and Doris Day singing and dancing their way through charming, feel-good stories. They're the kind of thing you can watch with all ages. So when you fancy an enjoyable evening's viewing that will leave you smiling and singing along, watch these musical comedies …

One of my favorite musical comedies is The Producers, originally filmed in the Sixties but recently remade. It's also been very successfully adapted for the stage. The Producers is about well, two producers who decide that they'll make more money with a stage flop … but will their plan succeed?

2 Singin' in the Rain

If you haven't yet seen this classic musical about sound coming to the movies, do. I watched it for the first time on the big screen recently, and it's both charming and funny. You'll know the famous title song, but you shouldn't miss Donald O'Connor's wonderful energetic routine during 'Make 'Em Laugh'.

Did you know that Gentlemen Prefer Blondes is the movie in which Marilyn Monroe sings 'Diamonds are a Girl's Best Friend'? She may or may not be right, but she's not the only star in this enjoyable comedy musical. You can also catch Jane Russell asking 'Ain't There Anyone Here For Love?'

Fred Astaire had been making musicals for 20 years by the time he starred in The Bnad Wagon, and he hadn't lost any of his magic. His partner in this movie is Cyd Charisse, an amazing dancer. She truly has the most amazing legs you'll ever see! Like many musicals it's about show business.

Fred Astaire again, partnered this time with the elfin Audrey Hepburn in the story of a clerk in a bookstore discovered by a fashion photographer. They might seem an odd pair, but it is a musical after all - and what matters is the songs and the charm of the story.

On paper, this movie shouldn't have worked: a musical with all the parts played by children. But it does work, because of the performances and the wonderful songs (my absolute favorite being 'Bad Guys'. You'll definitely sing along to these songs.

Doris Day was a huge star in the Fifties, and although her wholesome charm might seem very old-fashioned today you'll enjoy this musical about the staff of a factory campaigning for a pay raise. It's a good one to watch if you want to hear songs you're not yet familiar with.

8 You Were Never Lovelier

It might seem as if Fred Astaire must have been in every other musical; he was certainly quite prolific! This time around his co-star is Rita Hayworth. The story is set in Buenos Aires and like most good musicals it's about romance.

Fred again! Here he appears with his most frequent dance partner, Ginger Rogers. You've probably heard many Irving Berlin classics, and here you'll hear 'Top Hat, White Tie And Tails' and 'Cheek to Cheek'. Top Hat may be in black and white (it's from 1935), but that doesn't take anything away from this charming story.

So put on your top hat and sing along to these wonderful comedy musicals!