7 of the Best Moments from the Oscars ... 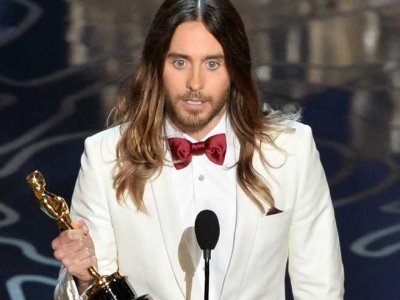 There were so many fantastic moments from the Oscars. It was so much fun to watch and a big part of that was because of the host! So, kudos to you, Ellen! The fashion was incredible and the awards were all so deserving. What a great show to celebrate all kinds of movies. Check out some of the best moments from the Oscars!

The red carpet is always one the best moments from the Oscars! I love watching the arrivals and seeing who's wearing what and who came with whom! I also love watching the interviews and finding out who's rooting for whom. My favorite moment had to be when Jennifer Lawrence tripped over a cone! Haha, she makes it hard not to love her!

Ellen was just what the Oscars needed. She was a fantastic host. From wardrobe changes to even hosting a pizza party, Ellen made the Oscars a fun time. She's the perfect person to joke around with people and no one ever takes it the wrong way because everyone loves her! My favorite part had to be when she went around the room collecting money for pizza.

Jared Leto took home the first award of the night. He won the Oscar for "Best Supporting Actor" for his role in Dallas Buyers Club. It was definitely well deserved! What was really impressive though was his speech. He touched on everything from his mom to current events. He thanked his fellow nominees, told Ellen he loved her, and then brought light to a very important topic. "This is for the 36 million people who have lost the battle to AIDS. And to those of you who have ever felt injustice because of who you are and who you love, I stand here in front of the world with you and for you." So amazing.

Everything about this performance was incredible! Kudos to Pharrell for wearing that hat again! I loved the dancers, it brought such a feel-good vibe to the performance! Also, how EPIC is the fact that he got Lupita Nyong'o, Meryl Streep, and Amy Adams to dance with him?!

Ellen made history with this group selfie. Seriously, she broke the record for "Tweet with the Most Retweets." How crazy is that? It's even crazier when you realize that President Obama was the previous record-holder! Ellen's tweet had nearly 3 MILLION retweets. It's not surprising though. I mean, this incredible selfie has Hollywood's biggest names in it! That includes Bradley Cooper, Jennifer Lawrence, Meryl Streep, Channing Tatum, Julia Roberts, Brad Pitt, Angelina Jolie, Lupita Nyong'o, and more!

First-time nominee Matthew McConaughey went home with the Oscar for "Best Actor" for his role in Dallas Buyers Club. He was up against some great actors but he really did deliver the performance of his life in that movie. The delivery of his speech was incredible. It was so heartfelt and truly amazing.

The memoriam is always a sad but beautiful part of the Oscars. There were some pretty big names in the video this year, which was hard to watch. Bette Midler performed "Wind Beneath My Wings" after the memoriam video and nearly brought everyone to tears. She got a standing ovation, which was well deserved.

Well, there you have it! These were just seven out of many epic moments from the 2014 Oscars. It was so much fun to watch this year! What was your favorite part of the show? Were you happy with who went home with awards?