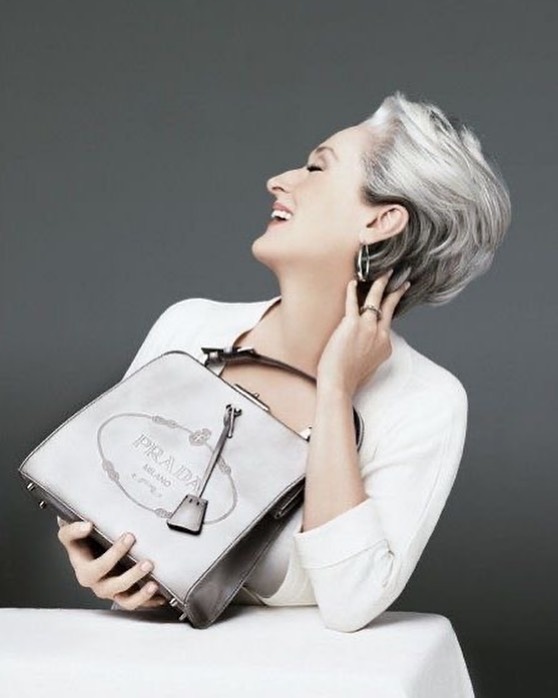 Oscar season isn’t that far away and no doubt one of the questions will be whether Meryl Streep will be nominated in 2016. She is the record holder for acting nominations but there is an incredible woman who has actually WON 8 Oscars. I am talking about costume designer Edith Head. Edith spent 44 years working for Paramount studios and was nominated for 35 (yes 35) Oscars for her work. She designed costumes for more than 1,100 films. Here’s some magnificent examples of her work.

You can’t go wrong with a bit of classic Mae West, and even though this movie is one of Hollywood’s earliest talkie hits, it still holds up today and is as stylish as ever.

Barbara Stanwyck shines in Edith’s glorious costumes in The Lady Eve, a classic romantic comedy about young female card shark who falls for handsome millionaire on a ship.

All About Eve is one of those rare films that has a 100% rating on Rotten Tomatoes, and Edith’s brilliant costume designs are part of what makes the film perfect.

Of course, it was written in the stars that one of the very best films ever made would have Edith Head responsible for the costumes! Gloria Swanson has never looked more iconic.

Any costume designer who had the privilege of dressing Elizabeth Taylor in her prime was surely on to a winner, and so it turned out to be for Edith when she worked on the romantic drama A Place In The Sun.

Being the costume designer for any beautiful actress but be inspiring, but when that actress just happens to be the stunning Audrey Hepburn in the film that won her an Oscar, you know you’ve done a good job!

If you’re looking for an excuse to watch White Christmas again now that the holidays are over, use the excuse that you are going to be studying Edith’s awesome costumes!

Edith and Audrey Hepburn once again prove to be a costume designing and wearing dream team in this classic romantic comedy that also stars Humphrey Bogart and Williams Holden.

Edith didn’t only costume for musical and romantic comedies, as displayed here when she applied her design skills to Alfred Hitchcock’s classic thriller in 1955.

Working on huge biblical productions like this must have been an absolutely amazing experience, and the costumes worn by everyone on The Ten Commandments are so grand and extravagant.

With so much collaboration between the two, it would be fair to say that Edith was responsible for many of Audrey Hepburn’s most well known and most beloved movie looks!

This movie was one that had mixed to negative review when it came out, but something that everybody did agree on was that Edith’s costumes were pretty much the best part of the entire picture!

Costumes might not necessarily be the first thing that come to mind when thinking about Hitchcock’s classic The Birds, but they certainly did their part in making it one of the director’s very best.

Shirley MacLaine gets to wear Edith’s wonderful creations this time, in a comedy about a widow who tells the story of all her dead husbands who left her enormous wealth!

Edith was given free rein to express herself in this crazy farce starring icons like Natalie Wood, Tony Curtis and Jack Lemon!

In another chance to dress Shirley MacLaine, Edith created costumes that perfectly captured this musical story of hoping for love.

The Sting was a monster hit in the 70s, picking up a total seven Academy Awards, with, of course, the one and only Edith Head being included in the honors!

19 The Man Who Would Be King

When you need a costume designer who can capture the essence of British Raj soldiers and an Indian jungle tribe who do you call? Edith Head of course.

If you want to check out the other films Edith Head was Oscar nominated for check out her IMDB page imdb.com