7 Reasons Why Watching the Office Will Never Get Old ... 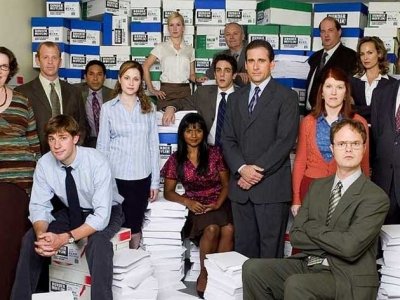 Ever since the series finale, my day to day life has consisted of watching The Office. I mean, I'm never not in the mood to watch that show. I know I can't be the only one who feels that way! Even though the show had a very long and successful run, I still wish there was more of it. However, thanks to Netflix, I can binge-watch the series as often as I'd like to (everyday). Check out some reasons why watching The Office will never get old.

Steve Carell is easily my favorite actor of all time. I just feel like he'd be the best company to have around! His role as Michael Scott in The Office occupies its own special place in my heart. When I tell you that I was sobbing during his last episode, I'm not lying. He really did make the show into everything that it was and he'll always be the best part about it! His character, Michael, is definitely one of the most "quotable" characters. His hilarious scenes are just one of the many reasons why watching The Office will never get old.

Jim and Dwight are hilarious together. i never get tired of watching the two pull pranks on one another. I think my favorite Jim/Dwight scene has to be the one where Dwight refers to Justin Bieber as "justice beaver". LOL! I can watch that scene over and over again and still laugh just as hard as the first time. I really love that even though Jim and Dwight lived to make each other miserable, they did care for each other in the end.

Ugh, don't even get me started! Jim and Pam, Dwight and Angela, Michael and Holly, etc. These office romances were such a huge part of the show and it was so much fun to watch it all. When Angela and Dwight were together, I couldn't help but root for them. Jim and Pam became my favorite TV couple - I mean, I fell in love with THEIR love!

4 'that's What She Said' Moments

In one way or another, we can all relate to The Office. Either we know someone who's like a specific character or WE'RE the ones who are like them. Either way, the show shows the struggles of a real 9-5 job but how, at the end, your office co-workers really are like family!

I spend way too much time watching The Office bloopers. Every time I watch a gag reel, it makes me feel like watching the whole series again. Warning - don't watch these bloopers videos while eating, you WILL choke laughing.

To state the obvious, The Office is hilarious. There really is no dull moment on the show. Hence, I'll never get tired of watching it.

Well, there you have it! These are just seven out of MANY reasons why watching The Office will seriously never get old. I mean, thank God for Netflix; we can binge-watch whenever we want! What's your favorite thing about The Office? Will you ever grow tired of it?