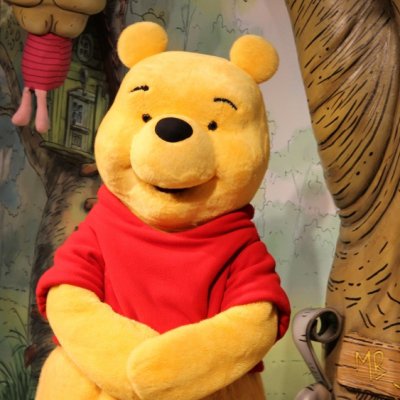 Is there anybody who doesn’t know Winnie The Pooh? The lovable bear is a creation of A. A. Milne though he is now more popular as a Disney character. But whether you read the original stories or see the Disney films, one thing remains the same – Winnie The Pooh (or Pooh Bear) is awesome. And it happens to be educational in more ways than one too. Here are some reasons why your child should watch Winnie The Pooh.

Have you heard the language used in Winnie The Pooh films? Not only is the British accent delightful, the words and grammar used are impeccable. I don’t know any other children’s animated film that uses words like ‘blustery’, ‘complexity’ or ‘predicament’. Such a wonderful way for your little one to expand his or her vocabulary don’t you think?

I personally love all the songs in Winnie The Pooh films. They’re delightful and so catchy. If your child enjoys music, he or she should really enjoy Pooh Bear and all his friends singing and dancing in the 100 Acre Wood.

“A day without a friend is like a pot without a single drop of honey left inside”, says Pooh Bear. Friendship and the importance of friends is something your child will definitely take away from watching Winnie The Pooh. Pooh Bear’s friendship with Christopher Robin and Piglet is heartwarming.

Pooh Bear and his friends all live together in the 100 Acre Wood and through their many adventures, you see how they share what they have. Be it Piglet giving up his house to Owl or Rabbit sharing his lunch with Pooh. This is an important lesson for our children to learn isn’t it?

5. Talks about Self Esteem

When Christopher Robin tells Pooh that “you are braver than you believe, stronger than you seem and smarter than you think”, you realize how wise these words are. If there is one thing your child could learn from Winnie The Pooh, let it be this. A mantra for life.

Pooh Bear and his friends tend to get into many a sticky spot (mostly because of his love for honey). And they usually manage to find creative solutions to their problems and that is what is important for children to learn too – out of the box thinking.

This is one children’s animation that doesn’t hold back on intelligent wordplay. You’ll be surprised and delighted to find some very witty puns and jokes in the seemingly innocent dialogue. Watch Winnie The Pooh with your child and expose him or her to the world of words.

The illustrations in all the Winnie The Pooh movies are charming and old school (especially in the original movies). They make a very pleasant change from all the digital animation going around!

No other reason is needed really to watch Winnie The Pooh other than Pooh Bear himself. This ‘stuffed with fluff’ and ‘Bear with not much brain’ is the most adorable little friend any child could have.

Winnie The Pooh has been a children’s favorite all over the world for decades now. The simple messages of friendship, caring and love that Pooh, Piglet, Eeyore, Owl, Rabbit, Tigger, Kanga, Roo and Christopher Robin deliver are some of the most poignant and wise words your child will hear. So the next time your child wants to watch cartoons, make him or her watch Winnie The Pooh and you won’t regret it.