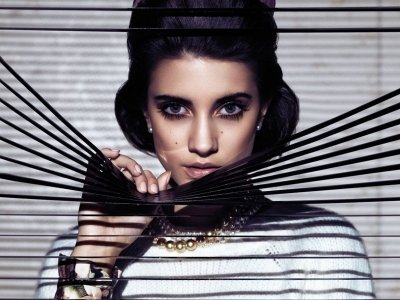 There are several things people do wrong in horror movies when trying to survive. Every time you watch a scary movie, you’re always thinking the same thing, "Don’t look behind that door!" I always hear someone yell that in a theater when the victim is about to open a closet door with the killer behind it. If the people in horror films did the right things, they would actually have a shot at survival. So here are a few things people do wrong in horror movies, and as a result, become the causes of their demise.

One of the first things people do wrong in horror movies is that they wear the wrong shoes. For some reason women always seem to be sprinting in stilettos when trying to escape a killer. If they don’t keep a pair of Pumas in their bag at all times, they can just take off their shoes and run barefoot. I don’t know about you, but I would rather get glass in my foot than die.

This is probably a result of the first problem. But on the off chance they are not wearing high heels, people in horror movies always seem to trip on a tree root or twist their ankle and fall to floor, which leaves them dragging themselves on the floor. We all know that this never ends well. They really need to learn to pick up their feet when they run.

3. Not Keeping a Weapon with You at All Times

People in horror movies never seem to have a weapon with them. You can use almost anything as a weapon. If they can’t get a hold of a kitchen knife, they should at least grab a glass vase or something to smash over the killer's head.

4. Running up the Stairs

I don’t think people in horror movies are aware that once they run up the stairs, they are trapped upstairs. Unless there are two staircases, an elevator, or they are willing to jump out of the window, they are going to die.

5. Running into the Woods

If the people in horror films are smart enough to not run upstairs, they usually do the next worst thing and run into the woods. Run into a heavily populated area! Run to the car! Run to the tool shed to get a weapon! Don’t run into a dark place with your heels on where you are going to trip on a root. The killer will find you and you will die.

6. Not Having Caller ID

When a stranger calls? A stranger can’t call if you have caller ID. Even if they do call, you will know that you don’t recognize the number. The killer can’t freak you out if you don’t answer the phone. Joke's on them!

I never understood why the women in horror movies are always just hanging out in their house in lingerie having a sleepover. That never happens in real life. They need to put clothes on. They also need to get bras that actually fit them. You don’t want anything popping out when running from someone who is trying to kill you.

8. Opening Doors That Clearly Have Things behind Them

Everyone knows this moment. The person in the movie hears something behind a door in their house so they go and open it. Unless you know you have an umbrella demon that lives in your coat closet, there’s probably a home invader hiding in there. Doors should not gurgle, hiss, roar, or speak, and neither should the rooms that they lead to. The people in horror movies should at least grab a weapon if they insist on opening the door with a killer behind it.

9. Not Faking Your Own Death

So the killer finds the person and stabs them. Why don’t they just pretend they're dead? There is a decent chance that the killer will leave if they think their victim is dead. If this is their last chance at survival why not give it a shot?

People in horror movies have obviously never watched a horror movie before. Maybe if they stopped making the same mistakes over and over again they wouldn’t die every time. What are some things that you think people shouldn’t do in horror movies?