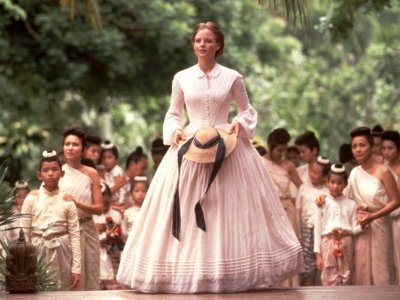 The 1999 movie Anna and the King was a brilliant movie that starred Jodie Foster and Chow-Yun-Fat. It was based on the true story of Anna Leonowens’ time spent as a teacher in the Siamese court from 1862 to 1867. While the movie was mostly accurate, it was romanticized. If you are curious about the real story behind Anna and the King, you will want to read the following true facts.

Anna and the King depicts the relationship between Anna and King Mongkut as a romance; however, their relationship was far from a romance. In reality, Anna Leonowens and King Mongkut had a professional relationship of tolerance. Neither one fully agreed with the other. For example, the king disapproved of Anna living outside of the palace walls, and Anna staunchly opposed that the king allowed slavery. Clearly, this was not a romance.

2. Not Just a Teacher

When Anna was hired by King Mongkut he instructed her that she would be furthering his children’s education in the “English language, science, and literature, and not for the conversion of Christianity.” Despite these instructions, Anna did try to instill Christian values, which she revealed in her autobiography, “The English Governess at the Siamese Court.”

Because he opened Siam to Western influence, King Mongkut was unlike his predecessors. He formed treaties with Britain and the United States to open Siam to Western commerce, and he had Anna instruct his children in Western education. While not everyone agreed with the king’s decisions, his choice to allow Western influence into Siam helped prevent Siam from becoming a colony during the Age of Imperialism.

Anna Leonowen’s never discussed her background very much. She claimed Welsh heritage, but in reality she was the daughter of a British soldier and a woman of English and Indian descent. Anna spent most of her childhood in India, which is perhaps why she was so comfortable in foreign lands.

When King Mongkut’s father died, his older brother became king and he became a monk. He was only 20 when he became a monk, and during his time as a monk he studied early Buddhist teachings. It was also during his time as a monk that King Mongkut began studying Western language and science, which partly explains his openness to Western influence when he did become king.

When Anna arrived at the Siamese court, the Age of Imperialism was in full swing. Anna saw her presence within the palace walls as a way of expanding British beliefs, especially Christianity and anti-slavery. Interestingly, King Mongkut saw Anna’s presence differently. He saw it as a way to resist imperialism, because he felt the future king would be better able to resist Western pressure if he was schooled in Western education.

The story of Anna and the King is fascinating. While the movie was wonderful, the true facts are far more interesting as they reveal a complicated relationship between a teacher and a king. Did you know Anna and the King was a true story?