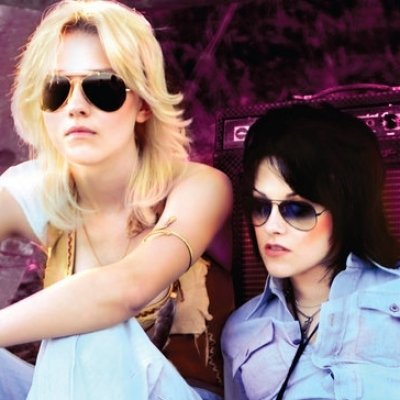 The first of my list of biographical movies about women is about a painter. Dora Carrington was an accomplished painter, yet for decades was known more for her association with the famous Bloomsbury Group. Here she is played by Emma Thompson.

Art features again in this biography of painter Frida Kahlo. Like Dora Carrington, Kahlo was known for her relationship with a fellow artist, Diego Rivera. However, her reputation has grown since and she is now seen as an important artist. Watch this colorful film to get a sense of her life.

So often an actor looks nothing like the real-life person they are playing. But Marion Cotillard succeeds in capturing the spirit and image of singer Edith Piaf. Even if you think you've heard all about Piaf's life, you shouldn't miss this movie.

4 Anne of the Thousand Days

Historical movies are often far from accurate, so don't watch Anne of the Thousand Days expecting to learn historical facts. But as a drama it does give you a good impression of the tempestuous relationship between Henry VIII and Anne Boleyn, with a compelling performance by Genevieve Bujold.

Charlize Theron is undoubtedly a very attractive woman, so it was a surprise to see her in the less than glamorous role of serial killer Aileen Wuornos. Some say that she won the Oscar for Best Actress for daring to appear on screen in an 'ugly' role - watch the movie and make up your own mind if she deserved the gong.

The Runaways were hugely important in the history of music, as few girl bands before them actually played their own instruments. Here's the biography of the band on screen; if you love to see women rocking and rolling, don't miss this movie.

7 The Passion of Joan of Arc

We've all heard of Joan of Arc's extraordinary short life, and it's hardly a spoiler to reveal how she ended her life at the stake, condemned for heresy. But this beautiful silent movie should be seen for the close-ups of Joan's face alone.

This 17th-century Queen of Sweden had quite an extraordinary life, even by royal standards. Played here by Greta Garbo, Christina caused scandals with her affairs and fondness for masculine clothes, and abdicated her throne at the age of just 27. She was a patron of artists and intellectuals.

The most interesting women in history are often the most scandalous ones. Emma Hamilton would probably not be known to history if she hadn't indulged in an extra-marital relationship with English sea hero Lord Nelson. Watch her in this movie, played by Vivien Leigh.