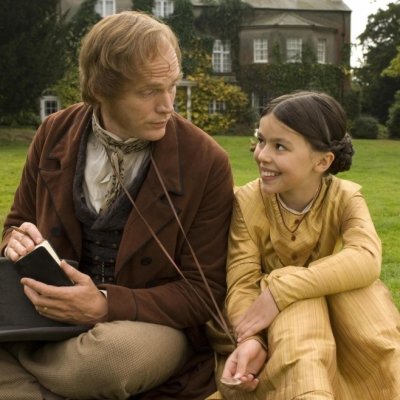 The first of the movies about science you should watch is this TV movie adaptation of the bestseller by Dava Sobel. You might not even know what longitude is! But the discovery of how to calculate longitude at sea made a huge difference in safety for 18th-century sailors. It makes for an engrossing drama, here intertwined with a 20th-century story.

It's perhaps hard to understand today just how controversial Charles Darwin's theories were in the Victorian age. But the idea that we evolved from ape-like ancestors was shocking for the religious sensibilities of the time. The wife of a bishop is reported to have said, ‘Let us hope it is not true; but, if it is true, let us hope it will not become generally known!’ Here's a dramatised version of Darwin and his theories.

This is perhaps one of the best-known and popular movies about science. It tells the true story of a brilliant mathematician and his battle with schizophrenia. In spite of this, he goes on to win the Nobel Prize for his work. Some viewers think Russell Crowe should have won the Oscar for his performance.

The role of women scientists has often been neglected both in history and the movies. But here's the story of famed scientist Marie Curie - if you don't know about her, do some research into how important she was. Venture into black and white movies for this biopic of Madame Curie, apparently intended as a role for Greta Garbo.

It may be a Hollywood blockbuster, but Jurassic Park raises some interesting points about science and the dangers of meddling with nature. Should we bring back extinct species, or is it best to leave well enough alone? With cloning of animals now a reality, these questions are perhaps more relevant than ever.

Now for a documentary. This genre has produced many fascinating works about science and nature. Winged Migration is filmed - literally - from a bird's eye view, and follows birds over thousands of miles in the air. It's a perilous, arduous journey that not all survive.

There are still people who believe that man has never set foot on the Moon, and that the famous scenes of the Moon landings were faked. This fictional movie takes the conspiracy theory one stage further. A manned mission to Mars has to be canceled at the last minute, but NASA decides to pretend that the mission goes ahead. It's a great movie for fans of conspiracy theories.

Science isn't as dull as you might think, so check out these movies and some of the many others on this varied topic. They may not be 100% accurate, but are a good introduction to lead you into learning more about science. And if you want greater accuracy, watch one of the many amazing documentaries. What is your favorite movie about science?